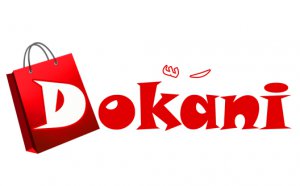 For the mobile app-savvy shopper in Egypt, Dokani offers the chance to a check information online about new products and sales released by favorite brands. Operating in the space between an advertising hub and a daily deals site, it allows customers  to check out new products, prices, sizes availability at each store and sales whenever they start.

Hassan Zaher, founder of Dokani, says he has been planning to build the application for more than two years now, but just recently decided to develop it, launching it in January 2012 in Cairo, with the help of five other co-founders. "We wanted to make it easy for users to choose items they want or need, by saving their time and avoiding them going to places where items are not available or too expensive for their taste," he says.

While most developers creating a mobile app targeting shoppers would think to launch first in Dubai, the Egyptian market is looking more promising for those experimenting in the online-to-offline retail space: smartphone penetration is approaching 26-29%, with 41% of smartphone users reporting making purchases on their phones, and 90% of them noticing mobile advertising, according to Google.

The team working on Dokani is split between sales, business development and technical support. It is a small team of 6, but so far they managed to attract some important clients like Carrefour, PUMA, Lotto, ETAM, Minelli, CacheCache, Morgan, CompuMe, Bridgestone, Okaidi, Dress for Less and Springfield, among others. "We go to the brands, explain and suggest the idea, once they agree on displaying their products on Dokani they can create a 'clients' account, buy slots and upload their news independently, without going through us," says Zaher.

Once clients have bought and acquired their slots, they are displayed on the mobile app, Facebook and on the website (the mobile app is currently on Blackberry only, but an iPhone and Nokia version will be released during the last two weeks of July). Slot prices differ according to the duration; for a display of one week, the price is US $200, or $700 for one month. The more slots a client buys, the greater the discount. A salesman will visit the client once he books his slot to settle the payment.

For now, Dokani is only focusing on the local Egyptian market, trying to get as much exposure as possible from local media outlets such as Radio Mega FM and Good Morning Egypt in order to build momentum. 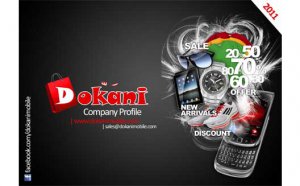 While the services Dokani offers its clients are very similar to both those offered by advertising agencies and daily deals sites, both don't stand as direct competitors for two reasons:

There are pluses and minuses to this approach, as the final purpose of Dokani is not very clear yet. The role of the application gets lost between advertising, highlighting sales and deals and serving the user by helping him save time and avoid useless shopping. Yet by not offering exclusive deals, it's unclear whether the app is adding unique value to users simply by aggregation. Perhaps it will help the casual shopper on foot, especially if the app offers map-localized deals in the future. As it develops, Dokani would do well to examine the market need and focus its services in one place in order to build the customer base it's seeking.