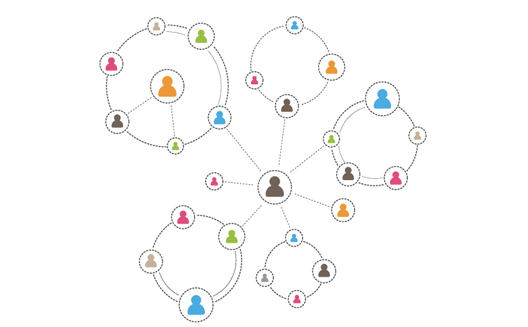 David Batey and Nicholas Holmes came to Dubai in the searing heat of June to get away from their daily grind and focus solely on getting their startup off the ground. Fast forward to a couple of months later, and MediaGraph is about to launch in beta to make public relations accessible and affordable to small businesses.

Co-founders Batey and Holmes met when they both worked as consultants at Accenture; they left their jobs at the same time and decided to start something together. Holmes says the idea was inspired by his work as a former journalist.

“One of the problems I had with companies pitching their stories to me is that they were often not very well targeted,” he says.“There are loads of cool companies out there, but they don’t have the right experience on how to pitch to journalists. They have a couple of options: spam out to everybody, or hire PR agencies, which can be pretty expensive. So we wanted to build a program to make this easier for people."

Using publicly accessible information about journalists from social networks like Twitter, Facebook, LinkedIn and searches on Google, MediaGraph aggregates that information in a central database that drives journalist recommendations for businesses. For about $15 a month for a basic package, users will receive daily tips on how to improve their relations with the media, information on the journalists they are looking to contact, recommended reading material, suggested events to attend, and will be guided on how to pitch their business stories.

Media coverage for startups using MediaGraph is, of course, not guaranteed. Holmes says that a little part of what they’re doing consists of educating people on the PR process, and its perks. “Our tool encourages you to build-long term relationships with journalists, rather than just sending them a press release. Also, a lot of companies know they should be doing PR, but most of them have no idea how to do it.”

For now, MediaGraph is targeting the 50,000 or so UK-based tech startups with an annual marketing budget of $3000 dollars or less. As the company grows, Batey and Holmes want to expand the industries they target, as well as expand the service to other countries, including some in the Middle East.

The fact that they see no direct competition to their product is also what’s driving their ambition for expansion. “Even if SMEs could afford the software for sites like Gorkana and Mediadisk, they wouldn’t know what to do with it,” says Batey. “Those guys are really expensive, basically what a PR agency would charge, except they come without the advice a PR agency would offer. Otherwise there are news wires, like World PR Wire, that will charge a couple of hundred dollars a month and spam press releases to everyone they know – they don’t make sure the right person receives the release. We are advocating a more focused approach.”

Batey and Holmes came to Dubai as part of the second SeedStartup program, where they built their product under the guidance of mentors, experts, and investors. As they start to roll out their own PR campaign, we asked the two founders to share their five top tips for successfully pitching to a journalist, which you can read here.