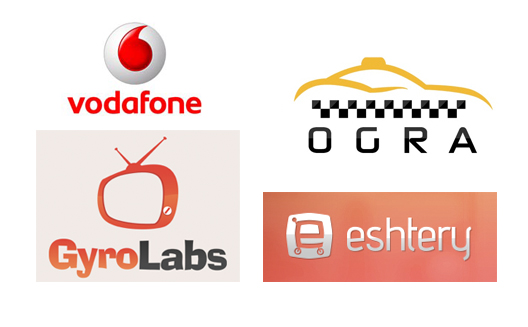 After sponsoring and participating in the Euromoney conference in Egypt earlier this month, Vodafone Ventures Egypt has announced investment in three companies that have graduated from Flat6Labs:

The investment also marks the start of a strategic alliance between Vodafone Ventures Egypt and Cairo-based accelerator Flat6Labs, paving the way for future joint investments as well as joint events that support the emerging tech community in Cairo.

Ahmed Alfi, Chairman of Flat6Labs backer Sawari Ventures, noted that his team was proud to be partnering with Vodafone Egypt and that Flat6Labs was happy with the success of these three companies.

Mohammed AlAyouti, the Business Development Senior Manager at Vodafone Egypt, said that the investment is an extension of a mission launched by Vodafone xone (@vodafonexone) to help develop small internet businesses globally and encourage innovation, creativity, and technological development the Egyptian economy. Vodafone Xone is the company’s Silicon Valley-focused incubator, which also has a presence in Milan and soon in London in addition to Cairo.

Vodafone Egypt intends to support infrastructure and regulation in order to support both startups and investors, while continuing to invest in tech and telecom ventures, said Vodafone Egypt CEO Hatem Dowidar, who revealed that the investment arm plans to allocate 50% of its investments into data transmission services.

With these new investments, the Flat6Labs graduates are looking to launch their products in the Egyptian market and expand.

“We’re looking to go to market in Egypt next month, and then expand soon into two other countries,” said Edward Disley, CEO and co-founder of Ogra. The company has been approached to partner with an entity in Canada, and will also be looking to finalize an agreement within another Middle Eastern country in the next three months, and then expand into 1-2 countries each year, he explained.

Ogra is also working on the payment aspect- “we’re setting up payments so that it will be like using a direct debit card,” he says. The company will charge a 3 EGP ($US 0.50) fee to book each taxi.

GyroLabs is focusing on deploying its products and testing them in the Egyptain market, said co-founder and CEO Ahmed Fathalla. “We’re working on two verticals, building an app for Samsung SmartTVs, and then a separate social TV application, which will make TV more interactive and fun.”

Once the company launches its web version, they will proceed to build apps for iOS and Android, and will potentially expand the SmartTV app to LG’s platform. “Previously you could only access this content by using your laptop,” says Fathalla. ”It opens a huge range of possibilities.”

"These are very strategic investments for these companies," says Flat6Labs CEO Ramez Mohamed. "Ogra will be able to use leverage Vodafone's call centers as well as use their intfrastructure when it comes to sending SMS. For Eshtery, having a telcom company as a backer will help with their payment solutions and distribution. Vodafone also previously launched a digital TV product called Webbox, so they will be able to help GyroLabs bridge the gap between TV and mobile."

Naturally, all three of the funded startups are mobile-based; the global Vodafone Ventures fund has also focsued on mobile companies since its launch in 2000, investing in companies around the globe like ItsOn, VoucherCloud and LocalResponse. By investing in Egypt, Vodafone Ventures will help to encourage direct foreign investment in a telecommunications market currently estimated to be worth around $ US 6.5 billion, said Dowidar.