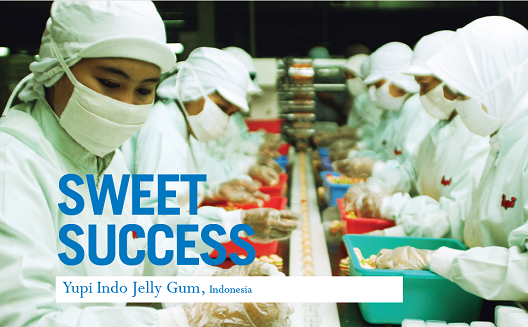 This is the third installment of a new series on Wamda featuring companies in emerging markets around the world.

After several years of declining sales and increasing inefficiencies throughout the company, Aureos, along with other investors, acquired the company in 2006 and began hunting for a capable CEO.

In 2007, Yohannes Teja came onboard as CEO after seeing the potential for Yupi to streamline and build its brand. She worked alongside the investors to improve distribution, sales & marketing, human resources, and production costs.

Between 2007 to 2009, production volume has increased 50% and the company has seen a 60% increase in revenue. Teja has big plans for the company. “We want to focus on really developing our presence in selected export markets such as the US/Canada, Middle East and ASEAN countries," she says. "And we have expansion plans, both in terms of plant investment and acquisition.”