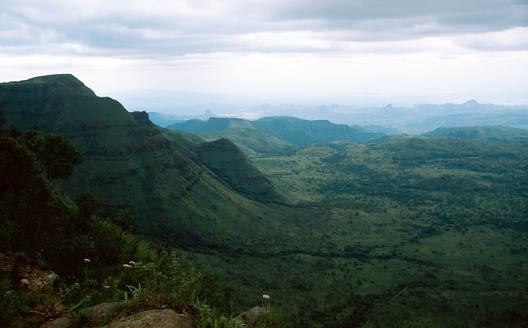 Sitting at a lively roundtable discussion between young technology entrepreneurs during Amman's MixNMentor at Oasis500, a leading seed investor and incubator in the Middle East and North Africa, an unlikely individual walked through the doors to pitch his project- Kenyan entrepreneur Wilfred Njagi.

For two years, I’ve been covering technology startups in Nairobi, Kenya- the so-called “Silicon Savannah” of innovation. I’ve seen the ecosystem rise through a great deal of fanfare, witnessed incubators and ICT hubs spring up at an astonishing rate, and heard dozens of entrepreneurs pitch ideas.

Nairobi’s “Silicon Savannah” and Amman’s “Silicon Wadi” sit at opposite ends of the Great Rift Valley, a place of historical migration of humans, animals and birds, yet not, it seems, startup ideas. Yet the ecosystems are strangely similar. Here’s a quick look at the data:

One important thing to note is that while both have similar GDPs, mobile usage trends and ICT growth patterns, they differ vastly when it comes to income levels. Also, Kenya’s population is a staggering seven times that of Jordan’s, making it a sizable market to target, while Jordan is mostly viewed as a launch pad for the Middle East.

So then, what similarities lie between these two vibrant technology startup scenes?

Both Jordan and Kenya’s ICT booms can be traced to a single pivotal event or company that sparked the growth of an industry. In Kenya, M-Pesa’s runaway success in 2007 launched their ICT revolution. Yahoo’s acquisition of Maktoob, the Arabic email service, in 2009, inspired Jordan’s technology boom. Both events turned the attention of young entrepreneurs and governments towards the ICT sectors, and led to a new wave of experimentation.

In Amman, one entrepreneur told me that there were “at least 3-4 companies doing online ordering and delivery” for restaurants in Jordan. Funnily enough, in Nairobi, it’s the same story- I can order sushi online from at least 3 startups.

The parallels continue in e-commerce, albeit on different scales. Souq.com, a regional online marketplace modeled after Ebay, just received $45 million in investment this year, while luxury flash sales site MarkaVIP- also started in Jordan- recently closed a $10 million round.

In Nairobi, e-commerce might be getting less investment, but it’s growing. Acclerator 88MPH recently invested in Closet49, a fashion portal that allows local Kenyan women to buy, sell, and swap designer clothes. Others, like Kabisa.com, offer deals on phones.

Kenya and Jordan are both graduating and exporting thousands of ICT students, yet most of these students lack the basic business skills needed to get an idea off the ground. They are developers, not CEOs.

As a result, mentorship is perceived as the fundamental component needed to grow both ecosystems. Everyone is trying to help technologists become more successful entrepreneurs- to varying degrees of success. Engaging business graduates more is a critical step that may help.

One thing I found quite interesting- Jordan’s INTAJ (Information and Communications Technology Association of Jordan), a government initiative, offers Jordanian startups an attractive incentive to hire local talent; it will pay half the salaries of recent graduates for a year, up to 150 JD/month ($ US $215). I doubt this would happen in Kenya.

In both markets, there seems to be a need for more angel investors at the seed level. Oasis 500 calls early-stage funding in Jordan a “desert”, which, like in Kenya, is being supported by a growing number of incubators, accelerators and pitch competitions. Things are changing, but not quickly enough.

After dozens of articles hailing Kenya as Africa’s hottest innovation spot, Nairobi’s technology scene may be hitting the apex of its hype cycle. Surprisingly, Jordan’s might be doing the same.

Oasis500 and iHub both started around the same time (two years ago) and many ventures that spun out of these spaces are hitting the pivotal sink-or-swim moment. Successful companies will surely emerge, but people should expect the failure rates to be high- as they should be. More than 70% of Silicon Valley startups fail, and in these two growing ecosystems it should be no different. Hopefully, this will not be too discouraging for entrepreneurs.

Riding off this last point, both ecosystems seem to have a fear of failure, thanks to social stigma. Few failures are written about or talked about. Granted, there have been few public failures since the respective ecosystems are so young, but those that have gone under should be given much more attention; entrepreneurs should to learn to fail as well as to succeed.

East Africa and the Middle East have much more in common than they each might think. Silicon Valley investors are jetting in and testing the waters in both places, so why aren’t these two regions learning from each other? Conferences in Amman should begin inviting the Silicon Savannah insiders, and vice versa. Both of these ecosystems are young yet growing up fast, and there’s plenty of insight, growing pains, and tricks to be shared. It’s time the Great Rift Valley comes together once again, this time over technology.