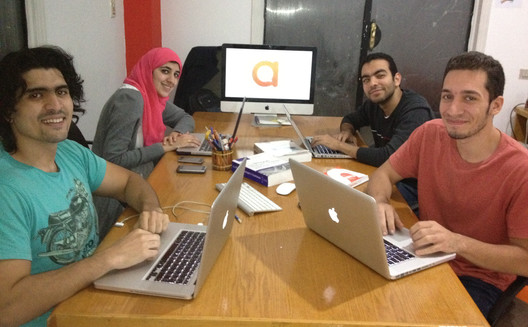 Who’s the best person to ask for advice about a destination?  A native local resident, of course. This straightforward concept is the basis of AskNative, a New Cairo based start-up that recently launched its web and iOS app.

AskNative was founded by Abd El-Menem (Menem) Ragab and Seif Salaam and is a graduate of the Cairo accelerator Flat6Labs.  Although they graduated awhile back, the team had to overcome some challenges to get the product released.

Ragab is refreshingly forthright about the main reasons for the delays, two of which were team-related. "We've pivoted on the application more than three times since graduating, and we had backend issues that made us pivot on the backend as well so we’ve completely re-written the platform from scratch.”

One challenge was a direct result of the political situation in Egypt, Ragab explains. “We don't have a landline internet connection anymore, so it takes lots of time to load things or even surf the internet as we are now using 3G modems because the land lines were stolen by thugs!”

The team also had problems negotiating Twitter’s authentication APIs and more so with Apple’s notoriously strict application approval procedure. “We submitted on October 2nd and were rejected," Ragab reveals. "We had to build some updates before we were accepted on November 20th."

But perseverance is a trait any startup has to have, and the team have risen above the challenges to deliver a well polished product that offers effective crowdsourced intelligence.

The whole app is disarmingly simple, in fact. After creating an account, you add your interests, and then you can post questions about destinations or choose to answer other people’s questions. Your inbox also automatically receives questions about destinations near your native location and in line with your interests. Standard functionality like filtering by country or category is present, and you can even browse questions and answers without logging in. There’s a leaderboard of the most helpful users and a traveller mode that reduces data usage for when you’re roaming mobile.

One cool future that might support other startups is a tourist guide user option, so vetted professionals can source customers using the system. The Android version is also close to completion.

Business-wise, Ragab see four main revenue streams: targeted in-app ads, newsletter digest ads, tourist guide registrations, and premium app subscriptions.  But for now, building a userbase is the team's main focus. “Everyone loves the idea; we just need a critical mass of users to show the real power of the system,” he explains.  In the first 10 day on the app store the app has been downloaded well over 1000 times from all over the globe, with half of the downloads resulting in active users.

If current users are any indication, it’s clear that the app will be used for much more than simple tourist questions, and Ragab is prepared- and happy- to pivot further. "We’ve learnt a lot since app submission and now the app is live, and we’ll continue to learn and adapt to the users’ needs.”  As a user, I can’t ask for more.

So if you’re going somewhere new, ask a native for advice (links to the iOS app), it’s as simple as that!