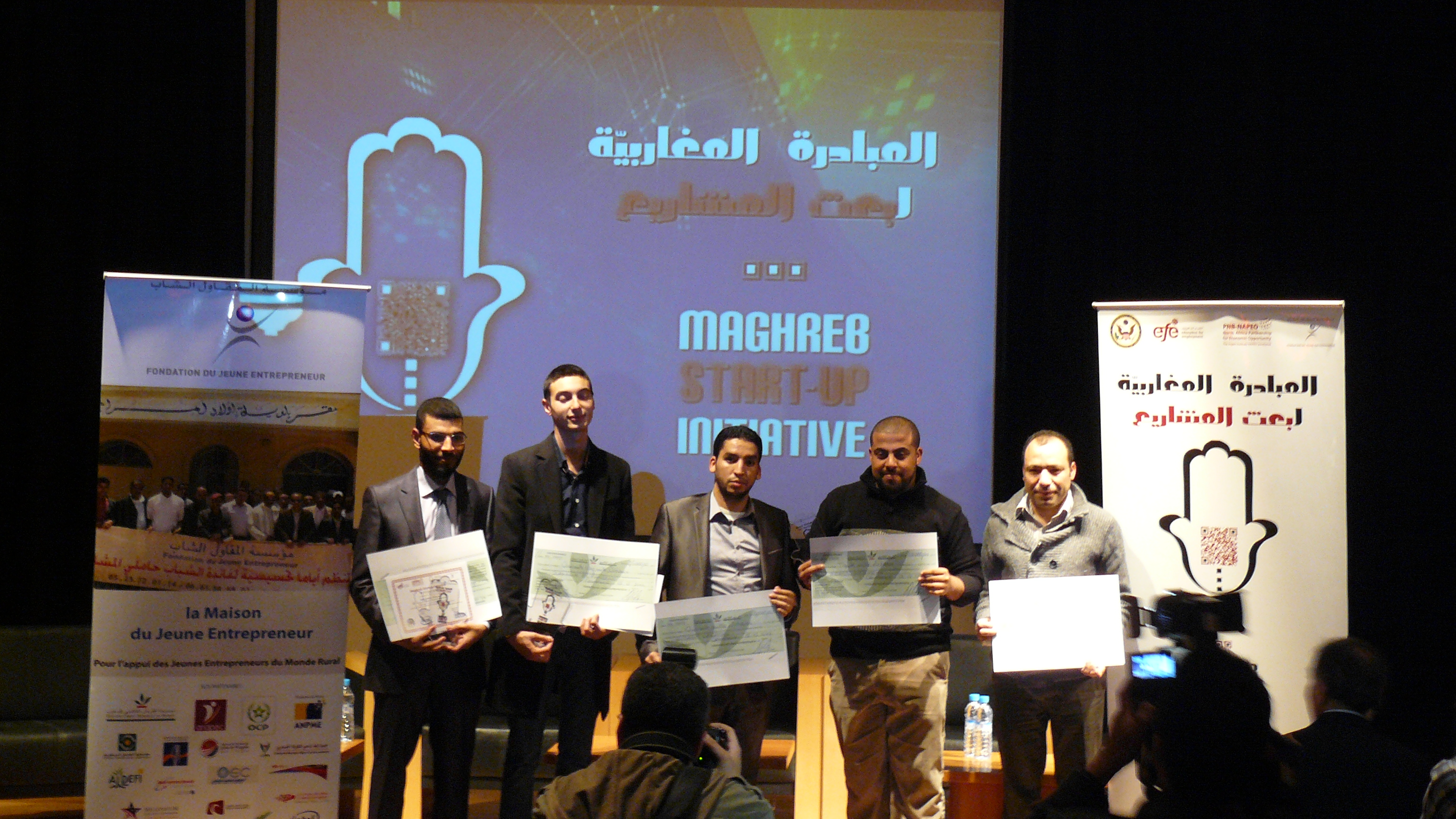 After a lengthy competition beginning this May, the Maghreb Startup Initiative 2012 announced its Moroccan winners during an awards ceremony on December 12th at the “Bibliothèque Nationale du Royaume du Maroc” in Rabat, Morocco.

From 325 applications and 37 semifinalists, 5 projects were selected as the most innovative finalists, to receive prizes from INTEL and Crédit Agricole du Maroc.

Entrepreneur Essaid Raoui took first place with his project ERDK, winning 50,000 MAD (~US $6000). ERDK is a new generation of solar water heater this is extremely efficient, lasts for 30 years, and is 40% cheaper than the equivalent amount of energy generated by diesel. Raoui announced during the awards ceremony that he registered more than three new patents while developing the project.

Tied for second place were entrepreneurs Ghafoor Elkttaoui and Zakaria El Khazzar, who won 45,000 MAD (~US $5300) each for their respective projects ProBatt and Verordi.

ProBatt is a battery protection solution for laptops that connects to a laptop charger to protect the battery from abrupt interruptions of charge as well as overcharging, which is harmful for battery life.

Verordi is a computer and electronic waste (e-waste) recycling solution. Given that a computer is 98% recyclable, Verordi is planning to deploy a B2B strategy to collect computer waste from professionals and companies and ensure the sale of components to specialized recyclers. This green project intends to position itself as the first treatment solution for computer and electronic waste. It's a good solution for e-waste issues, especially for companies renewing their hardware. The project hopes to create new job opportunities as well, as founder Zakaria plans to hire men who work in garbage dumps to assist with the dismantling process.

Third place went to Hicham Lakhtar, who won 40,000 MAD (~US $4700) for Fbiolak, a biotechnology startup specialized in fungal biopesticides. These biopesticides are adapted to growing conditions in Morocco, using a fungi isolated from a Moroccan biotope. Thanks to an innovative production process that can grow spores on local agricultural sub-products, it is possible to create highly efficient biopesticides at a low cost without generating liquid effluents that require specific treatment. Lakhtar has registered an international patent for Fbiolak in hopes of scaling it.

The final project awarded went to Anass Mchimcha, who won 30,000 MAD (~ 3500 USD) for Playcom, a videogame-based e-learning and advertising platform built for Facebook. According to its founder, it combines an efficient combination of videogames and neuro-marketing to create effective communication solutions.