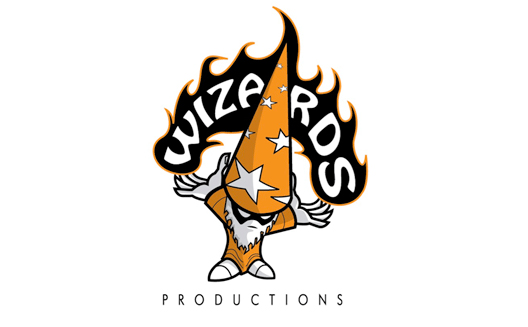 As we mentioned recently, Jordan is seeing a slew of gaming companies close lately, Wizards Productions among them.

Co-founder and recent CEO Sohaib Thiab has now written a blog post about the lessons he learned at Wizards. He also let us know the reasons for the company's closure:

When we pivoted to mobile and launched Aqua Jam, the game initially did well with over 100,000 downloads in less than a week. Yet we needed to close a new round of funding very quickly. This was tough despite the game's success; we were able to raise about half of the amount we were looking for, and we weren't sure that would get us to a point where we could grow the business and justify continuing it. Thanks to a few disagreements over equity as well, the overall situation just wasn't quite worth it for us, so we decided to close shop. It was a very hard decision to close down a company that we spent 4 years building but sometimes you have to fail once and hopefully use this experience to build a better company down the road.

Thiab says that he is now taking a break from building a startup and has taken a job with 7awi, the publishers behind Layalina's popular new website, but may start another company someday. His other co-founder, Hussam Hammo, is currently working on a new startup, while their third co-founder, Afif Touqan, left before the company pivoted into mobile.

Below is Thiab's advice, adapted and cross-posted from his personal blog.

It's challenging to summarize 4 years of experience in a single blog post, but there are two main reasons for this blog post.

One is to share the important outcomes after 4 years of co-founding and working at a startup which at one point was one of the biggest gaming startups in the region, in hopes that it benefits those who are starting a new company or thinking of setting one up. The second reason is so that I can come back to these lessons when needed. These points are also not ordered by importance but rather listed by what came to mind first.

You may be surprised that in many startups, the big vision that the company is established to achieve is something that not all founders have discussed or agreed on. I am not talking about the fancy two-line vision that you wrote down in your business plan. The natural outcome of a successful startup is making money, but the way to that outcome is not always discussed. The money should be the outcome of achieving the vision; when the money doesn’t start rolling in as expected, that’s when issues start to arise.

Agreeing on a very specific vision and roadmap from day one with your partners and then with your investors down the road is critical. If the place you’re going is agreed upon by everyone, everything else becomes details that lead to that vision.

One of the biggest mistakes any co-founder can make is to not deal with issues that he or she knows exist immediately, hoping they will go away on their own. Not dealing with small issues, especially between co-founders and employees, can turn them into big issues. This also leads back to my vision point; if everyone agrees on the vision, everyone should also agree on what each co-founder is going to do. Define responsibilities and agree on them from day one.

One of the worst things a startup can do is compromise on the founding team. Make sure your founding team covers the main aspects of the business. If you’re a tech startup, you should have a technical engineer on board. If you’re developing a B2B app and it’s critical to land deals with enterprises, then make sure the founding team includes a kick-ass sales and marketing guy. There are a lot of ups and downs in startups; retaining this main founding team is critical for your success.

I see a lot of startups making this mistake. This was an issue we ran into in the early days at Wizards. It’s understandable that startups sometimes can’t afford to invest in a scalable application and have to rely on open source or custom built applications that don’t account for fast growth. Here the success of the website/application/service becomes its own downfall when it can’t cope with demand. Try and make up for this by bringing in a tech guru as a member of the founding team, or as an advisor, and get his or her help to build a scalable app.

5) Surround yourself with supporters.

Startups are tough. You will go through a lot of ups and downs and if you don’t have supporters around you, you’re doomed to fail. Good supporters shouldn’t agree with everything you say, but rather try to find flaws and issues in your plan. Make sure you accept constructive criticism. When the business starts to run into issues, that’s when you’ll truly know who your supporters are, so make sure to keep them around!

6) Pick your partners and investors carefully.

Not everyone willing to give you money is a good investor, and not every partner with a big brand is a good match. A big partner might be too slow for an agile startup that is looking to launch a product quickly, and an investor that is willing to give you cash when you’re doing great might let you down when you need him or her for mentorship, connections, or vision. Choose your investors carefully and bootstrap your business for as long as possible, as this enhances your options when negotiating funding.

7) Prepare for the worst.

If you build a marketing plan, launch plan, or revenue projection, always plan for the worst. This will come in handy with investors. Account for delays in development, under performing marketing and delays in raising revenues in the market.

Don’t over-promise to anyone, not your partners, investors or employees. You might think that you can convince them with over promising on a certain milestone, achieving a certain target or make an adjustment to the company. But two things can happen: they will know you’re bluffing and you’ll look like a jackass, or they’ll believe you and, when you don’t deliver, you’ll lose their trust and respect.

Be an example; don’t ask your team to work their tail off without at least matching their effort. This is your company after all. Bootstrapping startups is tough and you can’t do that without this type of environment. The high reward part is also important, so celebrate small achievements on a daily basis even with just a high five, and celebrate big achievements with a dinner, bowling night or whatever.

One mistake we made at Wizards was keeping a lot of things between the management team and not sharing it with the rest of the team. How the company is performing, both on the ups and downs, which investors are investing in the company, how did the last board meeting go and what was discussed, etc., are all things we should have shared. Increased transparency is always good. It also helps the team understand why things like bonuses or vacations are delayed or why stock options have still not been issued, and such.

If something is working, generating revenue, don’t mess with it unless you know who your users are and what they want extremely well. Keeping things simple and not over-complicating your product is usually a safer bet. To be more specific, let me give you an actual example of what happened in one of our games and how we learned this lesson the hard way.

We had a big hit on our hands. Arabianhitman was extremely successful and, at some point, I can safely say it was among the top 5 browser games in the Arab world. Yet we had a technical issue with scalability which forced us to rebuild the game from scratch. We enhanced the game to add new features that we were sure that users would love. Sadly they didn’t, and we ended up losing most of our userbase thanks to this and other issues. We should have rebuilt the game to be scalable but kept the features and functionality untouched.

I hope this has been a useful post and I hope it benefits some of the aspiring new entrepreneurs. Feel free to leave a comment and let me know what you think. If you have any other advice, do share it with the community.