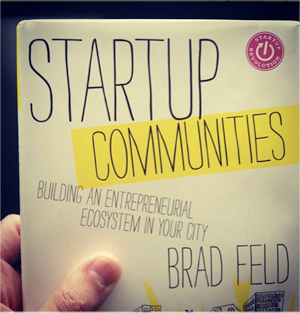 Since I returned to Kuwait after living abroad, I have been asking myself how we can build a startup community in Kuwait. We lag behind many other countries in the Middle East when it comes to building a startup movement, but by founding the StartupQ8 blog and monthly event series, I’m working to change that. One source that inspired me is Brad Feld’s latest book Startup Communities; below is a summary of the things that you should do and avoid doing when trying to build a startup community, inspired by his advice.

Building a startup community is not an easy job and it’s not something that will happen over night. However, it only takes one person to start the movement and transform her city into a top startup hub. Brad Feld did it in Boulder and Fred Wilson in New York. Who’s going to be the next hero in your city?

Important Note: This short list by no means substitutes the need to read the book Startup Communities. If you are serious enough about turning your city into a great place for launching startups, then read the whole book.