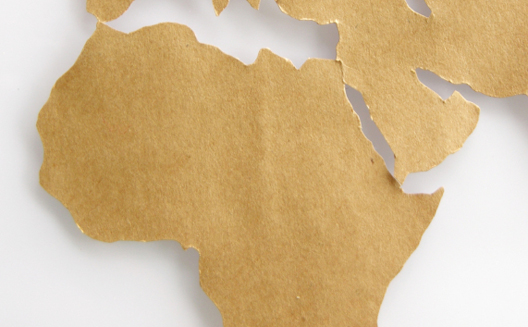 In my last post, we started to explore some of the similarities between the rising ‘Silicon Savannah’ and “Silicon Wadi’ tech startup ecosystems of Nairobi, Kenya, and Amman, Jordan.

In both places, we found initial catalysts that fueled their respective tech booms. We found similar ideas and similar challenges- the developer-entrepreneur gap, missing investors, hidden failures and hype cycles coming to a close.

Now, it’s time to turn our attention towards what makes these two technology boomtowns stand on their own- the differences.

Last week, I spoke another Kenya-born entrepreneur working in Jordan, Heath Arensen. Heath runs Tanasuk Technologies, a successful full-service software development firm that has been operating out of Jordan for four years now, and recently opened an office in Kenya.

Through my conversation with Heath, and diving into the politics of business and startups with others on both sides of the great rift valley, here’s a bit of what I learned.

Nairobi’s tech scene has taken off in spite of, not because of, the Kenyan government. The tech boom has been primarily private sector led, with the government taking a relatively hands-off role and letting private companies, organizations and individuals do their work.

Sure, there is a Kenya ICT Board that does higher level planning, builds relationships with multinationals, and promotes Kenyan technology and innovation, but it’s private companies that lead the way.

In Jordan, the decision to be an ICT hub for the Middle East came with heavy incentive and directive from the government, although the private sector also taken an active role. Oasis 500, Jordan’s leading startup incubator and accelerator, was partially initiated by King Abdullah II himself.

In this way, Jordan is actually more similar to the centrally-planned growth of Rwanda’s growing technology industry. Both countries are small, extremely resource poor, and in tough neighborhoods (Rwanda has been battling in east Congo for over two decades, while Jordan is surrounded by fighting).

75% of the web’s Arabic content was created on platforms launched in Jordan, and given the growing number of Arabic readers online and the number of startups in Jordan focusing on creating content, this won’t be changing anytime soon.

Kenyan startups, on the other hand, aren’t producing much content. Instead, they are building apps. Every startup is M-this, M-that, looking to capitalize on Kenya’s mobile-centric economy and society.

The types of talent you find in Kenya and Jordan are also quite different. Education is, on the whole, better in Jordan than in Kenya, but that’s doesn’t mean Kenya is producing worse developers or technology entrepreneurs; the country is bustling with creative talent that often make up for lacks in experience or education with their confidence.

In fact, most Kenyan entrepreneurs hold a business card or Linked-in profile claiming CEO or General Manager of something, even if it’s simply an idea. I’ve never heard a Kenyan entrepreneur tell me “no,” or “we can’t do it.” It’s a joyful optimism, wrapped in the brilliantly warm Kenyan hallmark smile.

In Jordan, exuberant smiles are more rare. It’s not a land of pessimists, but certainly a place where you find a more pragmatic and serious tone among the entrepreneurial community. They may be less creative and optimistic, but they seem far better at creating and working within structured systems and companies- managerial types if you may. Kenya is full of entrepreneurs who like to create things. Jordan is filled with entrepreneurs who build companies.

How high is the bar?

When it comes to understanding international standards, Jordan has a distinct advantage. With Tel Aviv, Dubai, and the Gulf states just next door, Jordanian companies and entrepreneurs are aware of how high the bar is when it comes to working on a global scale.

Kenya, on the other hand, is a bit more isolated. Of its neighbors- Somalia, Uganda, Tanzania and Sudan- Kenya is the regional leader for business & technology. While there is exposure to international markets, it’s definitely more limited than it is in Jordan. However, those Kenyans that do leave certainly do adjust to a global perspective.

Lastly, there is one major difference that I alluded to in my last piece. Jordan, as has been beaten into my head over and over, is NOT a market. It’s too small, and 90% of the startups here are focused on markets elsewhere. Kenya, on the other hand, is enormous, with 41 million people, a growing middle class, and increasing purchasing power.

Taking this into perspective, perhaps that’s why you see Kenyan entrepreneurs working with more of a local focus, in their attitudes, ideas, and experiences. They aren’t yet competing on a global scale, and they have their own bar to hit.

That is, until they begin to look outwards, for funding or markets. This is starting to happen, which is perhaps why many Kenyan entrepreneurs are finding themselves frustrated when seeking foreign capital.

Yet, as these two ecosystems, and the broader Middle East and East African regions, begin to learn from one another, these gaps will undoubtedly begin to close.