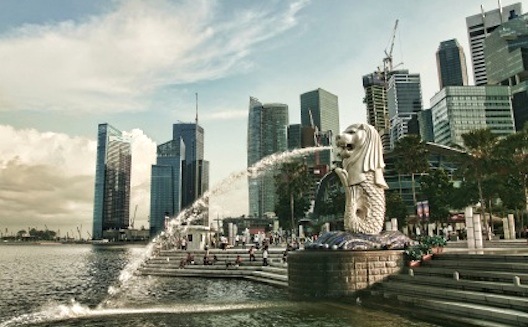 In the innovation hubs and entrepreneurship circles of emerging economies, the term “Silicon Valley” is an extraordinarily potent one, evoking rich emotions and idealistic notions. Visions of big ideas launched by bold entrepreneurs from beanbag chairs. A place where investment flows like spring rain and 24 year olds become titans of industry.

In the startup ecosystems of emerging economies, Silicon Valley is studied, revered, respected and admired. “A Silicon Valley entrepreneur/investor is coming to meet us?” Eyes light up. “In Silicon Valley…” You have our attention.

Yet my friend Mbwana Alliy, a former –yes, Silicon Valley - entrepreneur who now manages Savannah Fund, a Nairobi-based seed capital fund specializing in high growth technology, has told me repeatedly that Silicon Valley is not a place, thing, or specific model.

“It’s a concept” Alliy says, a “set of principles.”

The Silicon Valley approach rewards and encourages extreme risk taking, accelerating potential high net worth companies by splashing large amounts of cash across several ideas with the hope that one in a hundred succeeds.

Yet Silicon Valley is a long way both in physical proximity and context from the world’s new centers of innovation. It offers a very different set of social, cultural, economic and even legal conditions and constraints than the emerging markets of the world.

In this final installment of our three-part series comparing the vibrant startup environments of Amman, Jordan, and Nairobi, Kenya, I’d like to explain the ultimate point of this little series; We need to forget about the valley, and start looking at the wadis, savannahs, and tigers.

What I mean is that technology startups and entrepreneurs in emerging markets need to begin looking outwards, and at each other, for inspiration, ideas, and guidance.

We saw that in some regards Jordan looks more like Kenya than Silicon Valley, and that despite certain differences in entrepreneurship ecosystems and cultures, thee two places have quite a lot in common. And why shouldn’t they?

Emerging economies around the world, specifically in Africa and Asia, are becoming key drivers of new global economic growth, transforming the global balance of power as their rising middle classes and hungry workforces create billions of new consumers and potential employees.

Because of these unique challenges, mostly absent in Silicon Valley, places like Kenya and Jordan in Africa and the Middle East have more reason to look at each other, or India, China, and the east Asian ‘tigers’ to learn how to build ecosystems.

India’s model of outsourcing might not map directly onto Kenya’s IT sector, while China’s model of iterating quick, less expensive versions of new global products, may not be a tactic that Jordan will directly aim for.

But the ways that these ecosystems build and scale companies while training and nurturing talent could be useful to learn from. Companies that are flourishing in today’s emerging economies have done so because they have either pioneered their own models, or adapted Silicon Valley concepts to fit their specific circumstances.

The point is simple: Silicon Valley certainly has valuable lessons to be learned and shared, and sound principles, theories and strategies that can be tested globally. But, as the developing world looks to solve its own problems and address specific needs, new models of innovating by localizing will rise.

The relevant questions become: What could Kenyan e-commerce startups learn from Jordan’s MarkaVIP or Dubai’s Souq? What could Jordanian mobile startups learn from the success of Kenya’s M-Pesa, or the companies filling Nairobi’s M;Lab incubator?  How could Ushahidi’s crowd-mapping platform exchange knowledge with incident monitoring platforms like 7arat.com in Jordan or Harass Map in Egypt? What could a Nigerian agricultural entrepreneur learn from a successful seed distribution company in Kenya? The list goes on.

I want to see entrepreneurs looking at cases of success and failure from Accra to Karachi, Freetown to Kigali, and from Amman to Nairobi, that may be offer more relevant instruction for emerging economy entrepreneurs than the rise of Facebook and Google.

And forget the “get-rich-quick” myths that perpetuate in startup scenes. Building in an emerging market takes a slower approach, one that builds up the entire ecosystem instead of a single company, and one that is constantly learning and adapting to the global marketplace.