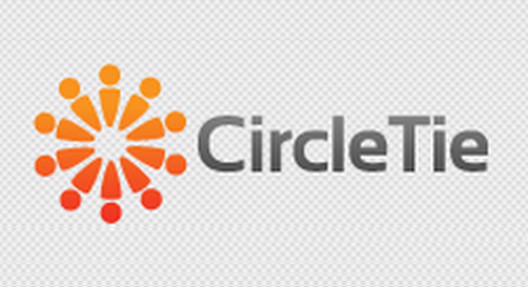 Location-based check-in apps are all the rage, especially those that help you discover new venues. In Egypt, however, CircleTie, is gaining popularity by doing things a little differently.

It’s safe to say that the company had kept a low profile since it started around two years ago.

“We initially had this cool idea for a fun social directory app on the Blackberry,” explains co-founder and CEO Ahmad Nawara. “We started by broadcast on BBM and it went viral. It was downloaded 10,000 times in the first 3 days, that’s when we knew we had something special."

The userbase grew and plateaued to the current level of about 60,000 users, all gained organically.  Nawara was honest enough to admit that they had no clear idea about how they'd generate income streams at the start, but they’ve spent the past months “figuring out how to make a big impact!”  I think they’ve now got an app that is actually useful, instead of just cool.

The app has all the features we find elsewhere: checking-in, discover trending places, writing comments about a place, category preferences, and a store locater; plus, they have a few less common features, like a built-in loyalty scheme called Ezi.  Companies signed up to the app can use push notifications to send marketing messages to the app users, but the clever bit is that these messages are trigger-based.

An event that could cause a trigger would be a person physically going to certain location, or searching for a category on the app.  A user passing by a store could receive a marketing message that one across town wouldn't.  Companies can combine triggers as well, so they could target coffee-lovers in Zamalek who are near a store that sells a specific brand of coffee for instance.  The possibilities are endless, but the key point is that the messages are targeted to real-time behavior.

Most people want to know about the latest offers, but switch updates off when they’re bombarded with offers that are of no interest or relevance to them. CircleTie instead offers a location-based service that adds value to users and companies at the same time. It's not unlike Foursquare's Loyalty Updates, but more focused on those that actually happen to be in the vicinity or taking a specific action rather than those who have already checked-in or are already loyal customers.

Aside from this clever functionality, the team have added a gamification element with the in-app game Tiecoons, that, again, goes beyond Foursquare.  Users can purchase venues using the “tie” game currency; venue owners earn ties for every user activity at the venue, and each venue has running costs that are deducted from owner’s balance every two days.  Well over a quarter of the app users play the game regularly, and this high engagement level likely increases user loyalty.

With their first proper marketing campaign, in Cairo and then Alexandria, the team hopes to gain new users, predominantly smartphone users who are not actually not heavy app users (people like me).

The team has grown in numbers and mentality since they received investment from Sawari Ventures.  “We’ve learnt to cope with stress and self-doubt,” added co-founder Ahmed Soliman, “and taught ourselves to be persistent.  It’s been hard getting top talent to join us because they traditionally want to join multinationals.  But we’re open and transparent with our employees, they’ll benefit directly from the company’s success, and the most valuable thing about being in a startup is the personal development that results.”

The atmosphere in their HQ was certainly relaxed, and it’s obvious they’ve been able to convince top talent to shun the multinationals.  Their dream is to be the number one location-based service in the region, and I think that with their new functionality, the company is poised to jump to the next level.