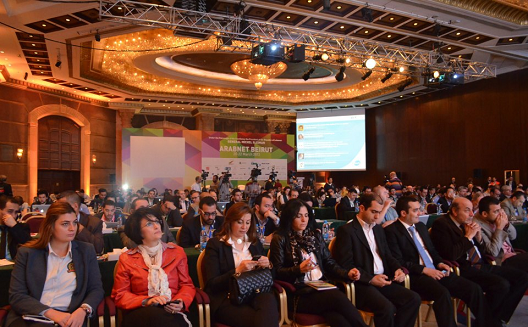 This week's Game Development panel at ArabNet touched on a few counterintuitive themes which, whether you agree with them or not, are useful for any game developer targeting or operating in the Arab world.

Panelists included Nour Khrais, the founder of Maysalward and Chairman of the Jordan Gaming Task Force, Mohamed Hamedi, the founder of Game Minion which was recently acquired by Corona Labs in Silicon Valley, and Eamonn Carey, EMEA/APAC Director at Kiip.

The panel was a bit one-sided, heavily focused on mobile, with a major discussion on global gaming rather than gaming in the Arab world, but there were a few highlights worth noting for the region.

Let us know if you agree.

1) Women are the primary audience. Despite the lack of women on the panel, the panelists repeated that any game that monetizes through in-app purchases or the premium model must consider women as a key audience. Data has shown that women play more mobile games than men, and are often more comfortable purchasing through the game, especially women over 30.

Hamedi explained that Kindle is a surprisingly large market for mature female gamers, and Carey added that on average, mothers spend 1 hour and 20 minutes per day playing mobile games, mostly with their kids. Don’t count women gamers out in your marketing and development strategy.

2) If you build it, they likely won’t come. Many game developers seem to think that their game is awesome without ever seeing if their target audience feels the same way. Don’t assume that if you love your game others will too. The panelists agreed that simple, easy to master, and preferably cross-platform multiplayer games are the way to go.

One way to test your product is through a crowdfunding campaign; if people aren’t willing to invest even small amounts in your idea, maybe you need to rethink your direction. “This way you get immediate feedback, it could be brutal, but it’s better to make changes to make it right,” added Hamedi.

3) Baby steps. The market still has a ways to go. I admit that I was disappointed that the chat was focused mostly on mobile games, as I much prefer console or PC games, but the reality may be that the region just isn’t ready yet for more than mobile.

“We are still in the very early stage; we’re still in kindergarten as gaming companies,” said Khrais. But that doesn’t mean game development startups don’t want to build epic titles. “It’s our dream,” added Khrais, it’s just not feasible for most startups in the current ecosystem with the amount of time, money, and resources these games take to make.

4) Beware of investors. We always see young startups say, “if only I could get x amount from investors, I can build my dream company,” but the panelists all firmly believed that investment is often more harmful to small gaming startups than good. “Investors haven’t bothered to learn what game developers want, they come in and give you a big vision when entrepreneurs need tactical advice,” said Hamedi.

Offering some real-world examples, Khrais explained that when investors have a large vision without any technical knowhow, they can stifle your creativity and keep you from realizing your original goals. If possible, self-fund your game development.

5) Failure is good for you. More often than not, games fail. But don’t let this reality deter you from pushing forward. Rather, realize that if you fail you’re still on the right track. It pays to remember that Angry Birds was Rovio’s 52nd title; they didn’t hit it big right away.

Learn from the experience and start again. The panelists agreed that the couple of gaming startups that closed in Jordan were only natural and healthy for the ecosystem, rather than casting a shadow on the market. Such shutdowns “distribute the seeds of new startups and new entrepreneurs,” as Hamedi put it.

6) International eyes are on Arab game development. Showing his nerdy credentials, Carey joked, “The eye of Sauron is on the MENA region.” People are watching, waiting for a success story to unleash investment in the ecosystem.

Though there is still a ways to go in skill development, diversity of platforms, and truly standout games, it’s only a matter of time before peaked interest turns into sustained relationships and a prosperous ecosystem. “When people see games become massively successful, they’ll start to invest in them,” he concluded.