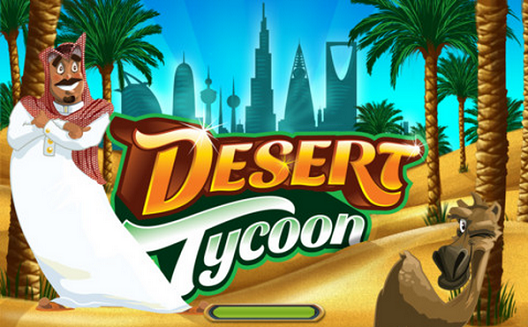 Co-founded by Kuwait native Abdullah Alzabin in January 2012, Lumba’s first game plays a lot like popular titles Sim City or CityVille, where users are tasked with building, funding, and expanding their own city.

Mimicking the evolution of Dubai and Abu Dhabi, literally building thriving cities out of the desert sands, the game has three phases: pre-oil, oil age, and post-oil. When you open Desert Tycoon for the first time, the somewhat stereotypical characters and theme hits you immediately, especially in the pre-oil age with options to build a carpet, sandal, or falcon shop. But the game is actually pretty engaging, with detailed graphics and light music with an Arabic flare.

I stayed interested for a while, especially when the lively music was turned on, but admittedly haven't yet been able to get past the first stage of the game. It’s a solid title though and, if you don’t mind indulging in a few in-app purchases, it can be particularly fun.

The majority of their traffic has predictably been from the GCC in Saudi Arabia, Kuwait and the UAE, but with the game available in Arabic and English, they are also hoping to target Arabic-speakers around the world, with the goal of increasing the availability of mobile Arabic content.

“Our thesis on the Middle East, is that fact that it’s one of the youngest regions in the world and it’s going through this paradigm shift about how media is being consumed,” says Alzabin. He hopes to be able to take advantage of the quick rise of mobile use among a young population to attract users and be able to offer  new quality titles. 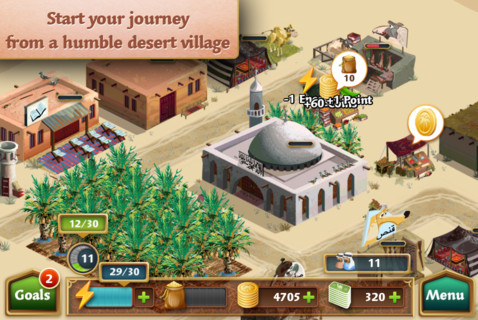 Lumba opted for a freemium model, based on in-app purchases, after careful thought about the consumer-developer relationship. “The benefit of the freemium model is that it aligns the content producer with the user,” says Alzabin. “You really want to think about building a user experience that is so great, that it will make the user want to pay. That’s the challenge, but it’s one we want to adhere to.”

For their future games, which Alzabin chose not to share as of yet, they hope to incorporate multiplayer functionality. “A lot of users are asking for a more collaborative element to the gameplay, alliances for instance,” says Alzabin. “It’s something we’re hoping to include in the next title.”

Though Alzabin wasn't able to share their numbers with us, the amount of reviews on the Apple Store show a very engaged community. Should the startup continue to gain momentum, they hope to open an office in the region, but for now Silicon Valley suits their needs better. “As of right now, if I was to choose between nurturing talent or building a brand, I would choose to build a brand first,” Alzabin explains. “But as we continue to get traction we would like to build that bridge between Silicon Valley and the region, and nurture that talent.”

Alzabin offers a piece of key advice for any entrepreneur seeking to reach the Arab market: “Localization goes beyond language.” It’s one thing to offer Arabic content; it’s entirely different to incorporate pop culture, history, and changing demographics into your design and development.

With these factors in mind, Lumba offers a solid and well thought-out game that is sure to continue attracting Arabic speakers and other users from around the globe.