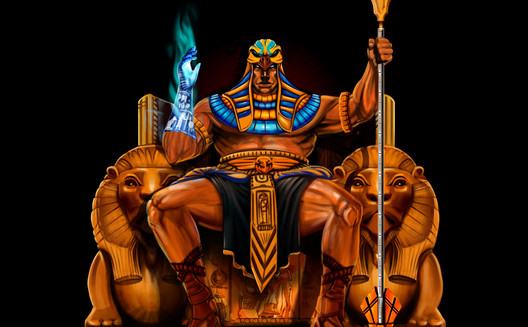 Mobile gaming is on the rise in the region, and the newest startup to join the mobile gaming frey is Spyros Entertainment from Egypt.  But what’s different about Spyros, which just signed a deal with international game publisher Chillingo, is that it’s targeting “mid-core” gamers.

“It’s a game type where game developers create games that look like hardcore console games, but that run on smartphones. So developers have to minimize the game features to fit the lower specs of the smartphone,” explains founder Ramez Mokhtar. “The output is a game that is both graphics-rich for the casual gamer, who is used to games like Angry Birds and Cut The Rope, and is a satisfying experience for the hardcore gamers who are used to playing games like Crysis or Darksiders.”

He adds that these mid-core gamers have some of the strongest purchasing power, usually in the form of in-app purchases for power-ups, new tools, and the like. Spyros’ business model relies on similar in-app purchases.

As one of Alexandria-based accelerator Tahrir2’s portfolio companies, Spyros is targeting both Android and iOS users, where the mid-core market is estimated to be worth $2.3 billion in 2013 in the U.S. and Europe alone. They’re creating games with a long life span to increase revenue, hoping to differentiate themselves from their competitors.

Their marketing strategy relies on top publishers picking up their game, which could be a big risk if they hadn’t already signed their first game Athorus to Chillingo, the publishers of Angry Birds and Cut the Rope.  This is a big deal for the startup; right now Spyros seems to be the only functioning regional developer with a Chillingo deal.

The partnership provides credibility to not just Spyros, but is also a huge step forward for the region’s developers. Chillingo has assigned a producer to the team to oversee the game’s final production, says Mokhtar, and they have high hopes for the game.

After testing an early version of the game, I can say that technically the game is at least as good as the most popular mobile game I’ve seen globally. But unfortunately I can’t reveal much more as per the Chillingo contract.  The graphics are impressive, and it plays smoothly on my mid-level Android phone, but the game is still in development.

Spyros understands there are big challenges to regional game development, but they overcame one of the biggest gaps, finding a publisher, by connecting with Chillingo. Their long term strategy consists of building a pipeline of new games, which can be as important for cash-flow as having one big hit, so they’re already working on their next title, Robots.

Of course funding the development is a challenge in the region, but perhaps the startup could try crowdfunding their next project. Internationally there is an appetite for good news out of Egypt, and a good crowd-funding campaign could not only raise funds, but also prove there’s a market out there.  Once investors see that they’re missing out on a good prospect, they’ll come knocking.

With a passionate team, an advanced title, and a solid deal with a global publisher, by this time next year I hope to see the Spyros team well on their way to becoming one of the top mobile games globally. If they can keep it up, perhaps their example will lead international publishers to work with other game developers in the region too.