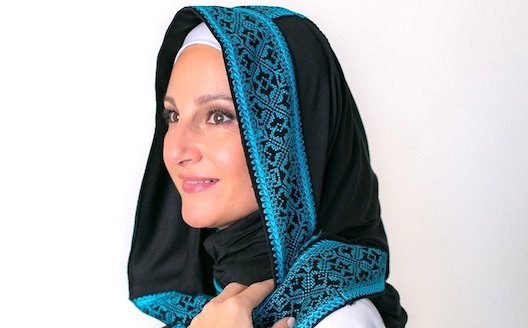 It’s no secret that many of the region’s online retail companies are relying on high-end Western brands to keep sales accelerating.

But when Amy Kyleen Lute and Fouad Jeryes decided to forget Western brands and focus on selling high-quality, designer hijabs, they had no idea how quickly their e-commerce venture, Hijabik.com, would take off.

They began simply by posting a few photos on a Facebook page last July to test the market. Likes- and phone calls- skyrocketed. “We were completely surprised by how quickly activity accelerated,” says Lute. “We started getting phone calls with people wanting to order photos that weren't even ours, before we had even opened for business.”

The founders weren’t completely surprised; after all, 70% of women in Jordan wear hijab, and the numbers are even higher in North Africa, Lute says. In Turkey, the percentage has grown from 3% to 63%, over the past 10 years, and 43% of Muslim women in the U.S. wear hijab as well.

Both knew a market when they saw one, however. They might be unlikely founders for a hijab website, but both have brought considerable startup experience to Hijabik. Lute, who moved to Jordan from the U.S. in 2011, worked as a key member of the Oasis500 team, advising startups on investment and scaling strategy, while Jeryes is a well-known figure on the Jordanian tech scene who also assisted at Oasis500 and co-founded Amman Tech Tuesdays, a monthly tech talk series, and TechTech.me, a TV show that focuses on reviews of tech products and startups.

The founders also looked at their audience’s engagement on other e-commerce portals in the Arab world; testing several markets in the region revealed “a huge amount of demand.” Through word-of-mouth and connections, they began sourcing unique hijabs from local Jordanian designers, and a few in Turkey. At the end of 2012, they launched an e-commerce site, hosted on ShopGo’s platform.

What they quickly discovered was that their market thus far is not just young tech savvy buyers, but mostly, in fact, “aunties and teitas ordering for their children.”

Rather than head to the balad to haggle at mom and pop stores, these women were willing to pay for premium quality hijabs delivered to their doorsteps. “You won't find the majority of our scarves in the offline market,” says Lute. “No one else is doing this the way that we are. We're cultivating a certain look, chic and everyday; simple and easy to match, not too busy, with very nice materials.”

Thus far most orders are from Jordan, but purchases from the U.S., Australia, and Europe are also picking up.

Succeeding in tapping into large demand doesn’t mean that the process was easy; responding quickly with a small team meant that Lute and Jeryes did everything.

They began by buying in batches of only 20 products, with Lute modeling some of them herself on the site. When they began offering free shipping, they often delivered the goods themselves. Occasionally, says Jeryes, “I would come from meetings in a suit and head directly into deliveries.”

Friends and family also helped out- mostly women- with the modeling and logistics. The team did all the logos, designs, and customizations. “We wanted to keep it simple, so that it would work no matter who the end user is,” says Jeryes. Setting up the whole operation cost the two co-founders a seed investment of no more than $2,000, they say.

One element that has been tricky is serving a market that’s mostly offline, and primarily prefers to pay with cash on delivery (COD). Outside of Jordan, Hijabik uses DHL for its overseas deliveries, yet in the Hashemite Kingdom, they’ve been encouraged to open up an offline shop.

Rather than insist that the entire market get comfortable with shopping online, Lute is realistic. It’s something Hijabik might consider eventually, she admits, while pointing to the example of successful online retailers like Warby Parker, which evolved from a purely online model to selling in boutiques and now opening a store in New York City, leading an online-to-offline trend.

In Jordan, it’s a trend that makes even more sense. “Being online or offline is not a binary thing,” says Lute. “Where the innovation comes in is serving the customer the way they want to be served.”

For now, Hijabik is focusing on keeping customers happy and showcasing the diversity of their textiles. “There is a beauty that we want to project beyond the stereotypes many in the West associate with the hijab,” says Lute. “Our customer reactions have been very positive. They are impressed that we care so much about every detail of the product and experience.”