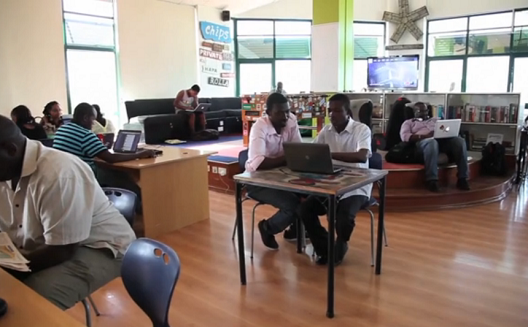 A startup funding gap between early stage/angel and VC investments is starting to be filled by one of Kenya’s leading seed capital funds. Savannah Fund, based in Nairobi, Kenya invests in early stage web and mobile tech startups and is currently coming to the close of its application call for its second accelerator program- offering some great advice for fellow investors in the process.

The fund, which launched last year with a mission to help bridge the investment gap between early stage and venture capital investment in Africa by offering between US $25,000 – US $500,000, says that the last few months have been an invaluable learning process in growing investments in Africa.

“We learned a lot in the first accelerator class,” saysMbwana Alliy, the Savannah Fund’s Managing Partner, a lot which had to do with “setting expectations and getting things done efficiently.”

Out of four startups in the first program, three received $25,000 in investment for 15% common equity, and showcased their products at the fund’s “Demo Day” in Uganda late last month. The three graduates were Ahonya, a Ghanaian  e-commerce platform for computers and electrons, Kola Studios, a Ugandan game developer and publisher, and Safaridesk, a new online travel booking platform for East Africa.

As Savannah Fund launches its next accelerator program, it’s worth taking a step back and analyzing just what they’ve learned over the past few months- and how this may be applied across different startup ecosystems and for investors interested in dipping a bit of their funds in Africa.

At Savannah Fund, two startups were not incorporated when they began the program. “Legal paperwork for startups in Africa can be challenging,” says Alliy. The legal processes in much of Africa are much less transparent and far more difficult to navigate than many other countries where business laws and regulations are more transparent and broadly understood.

The amount of effort it takes to help these companies become legal entities in Africa can take a lot of work- and Alliy says it’s something that has certainly helped justify, to some extent, the 15% common equity for $25,000.

Now, the firm has spent time developing standardized terms sheets for Kenya and Uganda jurisdictions- hopefully adding more countries in the future as they expand their investment portfolio.

Sometimes, startup mentors can be hard to find. Other times, they are all too eager to give advice to young startups. But buyer beware- free advice is not always the best advice.

One of the lessons Savannah Fund has learned is that “certain corporates might not make good mentors,” according to Alliy. Some are perhaps more "self interested,” and the partnerships might benefit them more than startups think they will. As the race by corporate giants to tap into new African markets ramps up, founders and investors should perhaps be more selective when choosing mentors for their startups- lest they be influenced or swayed in the wrong direction.  “Some corporates are just hard to work with for startups given their short term motivations,” says Alliy. “This can waste a lot of time and dash hopes- startups are more vulnerable than big corporations.”

Not all partnerships come with these challenges, however, and Savannah Fund has seen a lot of success in building local and international connections for startups by leveraging the growing interest by the global tech community in east Africa’s tech ecosystem. The fund has held sessions where high-profile entrepreneurs from around the world, such as Max Ventilla, who sold his startup Aardvark to Google and Eran Feinstein, of 3G Direct Pay, a leading credit card and payment processor in East Africa, as well as investors like Khosla Impact each offered tremendous value to startups.

In the next round, Savannah will be working harder to leverage local resources, such as iHub’s new UX (user experience) lab, and the organization’s research and insights arm.

Startups- especially in the tech space- are often hyper-focused on building their products and platforms quickly; most tech CEOs are developers, after all. Yet what they often need most help with, according to Alliy, is sales and marketing. Savannah Fund brought in marketing and sales experts with serious digital marketing expertise for over a month to really push the program’s startups to get their name, brand, and products into the market.

When it comes to graduating from accelerators- anywhere in the world- early traction is the key to attracting follow on funding.

Fortunately, says Alliy, “a lower burn rate in Africa helps extend the runway” for these startups, compared to other regions like Silicon Valley where it can be far more expensive. But that doesn’t mean product development can drag on forever; Savannah Fund only graduated three out of four startups, after all.

As their second round comes to a close, Alliy has already seen a welcome change in the quality of startups applying. “I’m seeing startups with higher traction, who have more than a prototype- they have revenue and a better notion of product market fit,” he says.

There are only a few more days to apply for the second accelerator round; they will announce the next batch of startups in a few weeks. Check out the video below for an overview of the program’s impact.