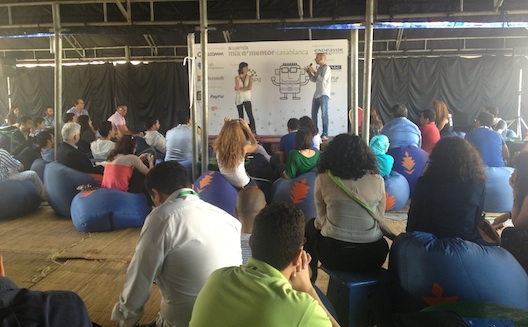 The weekend before last, Wamda's Mix N' Mentor landed in Morocco for the very first time, to a warm welcome.

Although Morocco seems closer to France than the rest of the Arab world, we found that the entrepreneurs that came out to Mix N’ Mentor were hungry to be more connected to the Arab world and its international mindset. Most agreed that it makes more sense, culturally and economically, to do business with the Arab world rather than France, and welcomed Wamda’s effort to connect the Moroccan scene to the rest of the Middle East and North Africa.

One of the best parts of the event was the venue; MnM Casablanca took place in a 18th-century fortified bastion looking over the port, where people enjoyed amazing tagines at La Sqala restaurant. According to some participants, this was the first time they had ever attended such an internationally-focused event, with a casual, straightforward, collaborative atmosphere and several workshops in English; one woman even said that she felt they left the country for a day.

The mentorship event began with an homage to Karim Jazouani, a late Wamda contributor and startup champion who has played a central role in supporting the entrepreneurship ecosystem in Morocco, and also helped enable and organize Mix N’ Mentor in Casablanca. It was poignant to be there with several entrepreneurs he was close to, as well as his father, as we announced the launch of the Karim Jazouani prize to honor his work to foster and organize the Moroccan ecosystem.

We also unveiled a French version of Wamda in honor of the day, at fr.wamda.com, which will focus on the North African startup scene, with its content also mirrored in English and Arabic in order to foster collaboration with the Arab world and the international world.

7 tips from the day

We began the day with a session on pitching to the media and investors, in which Nina, our Editor-in-Chief, and Habib, our CEO, brought entrepreneurs onstage to let them pitch and receive feedback. After that initial panel, we launched into Mix N' Mentor's signature breakout sessions, to discuss team building, investment, and marketing. Here are some of the tips from the day.

1. Focus and know your market.

Some of the entrepreneurs who came onstage to pitch offered several, very different options for how their products could be used. It could be sold to customers, or made into a B2B platform, or used by very different target markets, one said. This can be confusing for the media, because a news outlet prefers to make the product clear to our readers. If it has too many uses, media (and investors) might not be sure whether it's going to get traction.

2. Get clear upfront about the features.

This follows on the last point, but some entrepreneurs also began their pitches with a long-winded introduction about how it solved a problem for a specific type of user before even telling us what the platform was. If your product is like Lanyrd for a local market, it's best to just start with that and build from there, especially when dealing with international investors who are already familiar with those business models.

3. Use your local context. 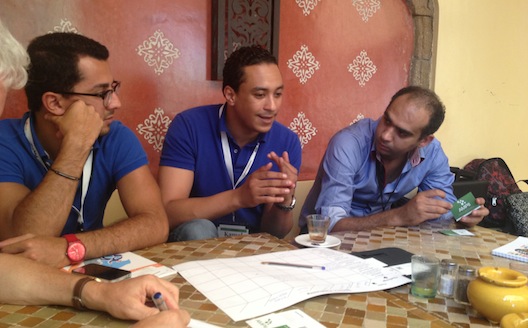 When you pitch to media in particular, it helps to situate your story within the context of recent local news or popular trends that are hitting the blogosphere. If you can discuss how your startup builds upon a problem people have seen with Bitcoin, or if it's in the context of a recent political occurrence (which the Arab world is not lacking these days), startups can use that heightened awareness to get a story about their product noticed.

4. Start alone or find a cofounder from abroad.

During the team-building session, young entrepreneurs confided their troubles with finding co-founders because of how small the Moroccan ecosystem is. Mentors and entrepreneurs who've been through the same problems suggested that they go abroad to find a cofounder, and reminded them that abroad doesn't just mean France, but also the Arab world, Africa or Asia. Go to events and be active online, mentors recommended.

5. Intrigue young talents and retain them with a unique culture.

More mature entrepreneurs struggle to find employees because the country doesn’t have an entrepreneurial culture and many Moroccans won’t take the leap to work for a startup, or are not qualified. Most of the entrepreneurs satisfied with their team have started by hiring interns, who are still young enough to understand the startup mindset. These companies then retain their interns once they graduate by offering a strong sense of creative culture and mission. When it comes to finding tech employees, some entrepreneurs have worked to infiltrate "geek networks", intriguing potential employees with some tech riddles and coding challenges.

6. Let investors come to you.

Moroccans entrepreneurs can't turn to banks to fund their projects, and there are only a handful of business angels. Since local VC Maroc Numeric Fund stopped funding seed startups, there hasn't been a major Morocco-biased venture capital firm since. 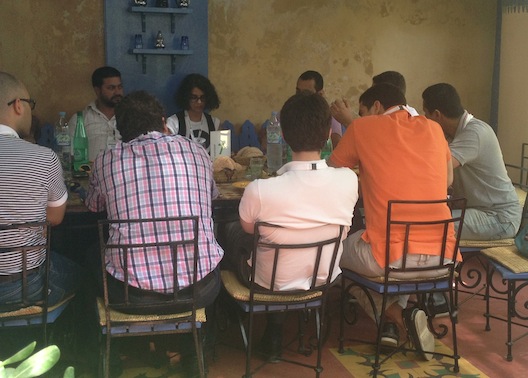 But one entrepreneur told a story that got plenty of attention, about securing an international VC. Hmziate’s Kamal Reggad, who just closed a round of funding, explaining how he wasn’t initially looking for investors, because his business was generating cashflow and operating in a sustainable manner.

As he was flying to CoE E-Commerce, our event in Amman last year, Reggad sat next to a fellow participant on the plane, and struck up a conversation about his startup. As his flightmate asked a few questions, he chatted about his business and how he envisionned entrepreneurship in the Arab world. Little did he know that the person sitting next to him turned out to be Pamir Gelenbe, a Partner at Hummingbird Ventures, a VC based in Belgium. By not pitching for fund, but just having a conversation, he caught Gelenbe's attention.

Despite having a population of over 30 million, Morocco is still a small market, a fact that causes many entrepreneurs to target France from the beginning or look to international markets. New ones are using Morocco as base market to go into the rest of the region. Think about what your market globally, many advised, and choose the best strategy to go after it.

The day ended with a lean workshop which allowed entrepreneurs to troubleshoot specific issues with their startups.

Ultimately, the day was about meeting people and creating connections, and we came away with the impression that mature entrepreneurs were excited to see new faces with innovative products. "Morocco is really growing," one veteran said. "Three years ago, it was nothing like this."