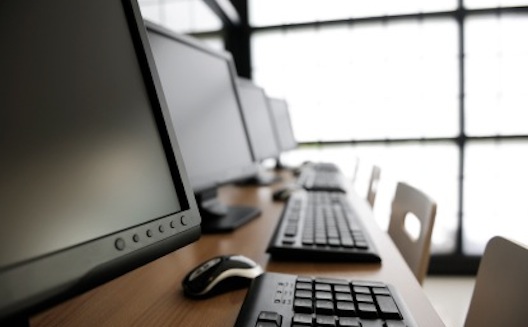 A week ago, Iran announced a new “national email service” that will require all citizens to register in order to “safely” communicate with government officials, The Guardian reports.

"For mutual interaction and communication between the government and the people, from now on every Iranian will receive a special email address along with their postcode," Mohammad Hasan Nami, Iran's minister for information and communication technology, was quoted as saying by Mehr news agency.

Those who register at mail.post.ir can receive an @post.ir address; the service is designed to accommodate 100 million users, which is more than twice cover Iran’s estimated 42 million internet users. With a 50MB capacity, it isn’t necessarily designed for heavy use; however, it can be upgraded to 2GB. Interestingly, it’s not free.

The program is reminiscent of previous plans to launch a “national internet,” although, in light of the previous failure of a similar service, mail.iran.ir, some are skeptical. The new service doesn’t even offer encryption, web and media researcher Amin Sabeti told The Guardian.

A member of the startup community in Tehran that we spoke to agreed. “The Iranian government has tried many times to set up projects such as a ‘national search engine’ and ‘national email,’ however, these services need to be adopted by users and cannot be pushed or forced.”

Other services, such as Iran’s biggest social network, Cloob, have also offered email services exclusive to Iran. Although Cloob, which boasts an estimated 2.5 million users, is far behind global competitors such as Facebook in terms of both quality and number of users (which might reach 9 million users despite being blocked), it’s seen better adoption than government initiatives, he says.

Yet perhaps banks will play a role in persuading users to join the new service, says Amir-Esmaeil Bozorgzadeh, Managing Partner at Conovi, a digital consultancy and incubator associated with Pars Online, a Tehran-based internet service provider.

“Banks are increasingly trying to disassociate foreign email services from their customers' accounts, so demand from banks would be one way in which Iranians could be enticed to a domestic or national email service,” he said from Dubai.

“Otherwise,” Bozorgzadeh added, “it would be very difficult to get users to adopt the service as a new habit, as Yahoo and Gmail are incredibly popular services, respectively adopted by an estimated 70% and 30% of internet users.”

It remains to be seen whether new president Hassan Rouhani, who has welcomed Facebook, will support the program once he takes office in August.