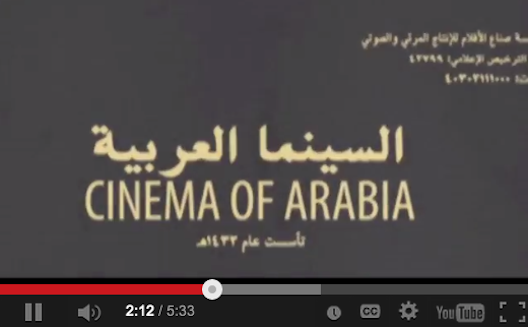 Original video content is exploding in the Middle East and North Africa. As we discussed last week in our first new Wamda TV video by producer Zeina Tabbara, The Rise of Online Video in the Middle East, one of the major reasons is that it’s easier than ever for original content producers to monetize their content- both over YouTube and by contacting advertizers independently.

With users watching over 310 million views per day, more than 13 million daily watch hours and two hours of content being uploaded every minute on YouTube, according to Ramy Kandil, Google's Public Relations Executive for Egypt & North Africa, the Arab world has become the second biggest region for YouTube consumption worldwide. Especially in Saudi Arabia, Egypt, and Jordan, an avid local audience has made the stars of online video clips into local celebrities.

Today, the portal is expanding its presence in the Middle East, opening local domains in Qatar, Bahrain, Kuwait, and Oman (previously only Algeria, Egypt, Jordan, Morocco, Saudi Arabia, Tunisia, the UAE, and Yemen were enabled with homepages). This means that local viewers can now see the most popular (appropriate) videos in their country on their YouTube homepage (a privilege viewers in Iraq, Lebanon, Libya, Syria, and the West Bank and Gaza don’t yet have).

YouTube is also making it easier to monetize across the Arab world; after initially launching advertising solutions in the UAE, Saudi Arabia, and Egypt, the video portal is turning on ad solutions and its Partnership Program in Qatar, Bahrain, Kuwait, Oman, and Morocco, to create “an opportunity for advertisers who want a Pan-Arab advertising solution,” says the Google Arabia blog.

Will this empower a similar explosion of online content in the remaining Gulf countries? Although critics note that YouTube takes a 45% cut of ad revenue, putting the YouTube economy in peril, some ad revenue still offers content producers still a leg up; those we interviewed in our video had used their presence on Youtube to build multiple revenue streams.

In theory, comedians like Bahraini comedian Imran Al Aradi (below) can now benefit. He doesn't have an exclusive YouTube channel, but Al Aradi once said that his greatest achievement was "Being able to sustain a living as an entertainer, especially in a country where ‘real jobs’ just aren’t born from hobbies… unless you’re into cupcakes."