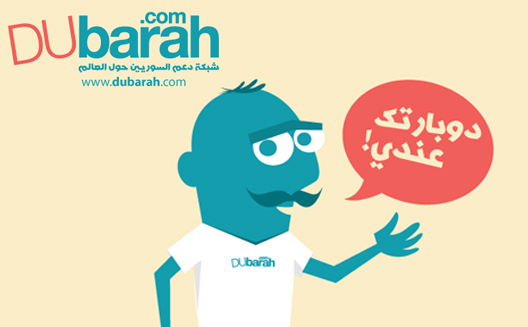 There is no doubt that the million of Syrians who were forced to leave their country during the last two and a half years face several problems in finding sufficient support to get on with their lives and escape the terror of war. In order to urge Syrian entrepreneurs running their businesses abroad to help refugees looking for job opportunities and entrepreneurs who need funding, Syrian citizen Ahmed Edilbi launched Dubarah from Dubai this February.

In the first hour of its launch, 3,000 fans liked the site; today, with 110,000 registered job seekers, 7,300 jobs offered, and 34,000 Facebook fans, Dubarah is the biggest- likely the only- job portal focused on solving a critical and growing problem for Syria's citizens.

Edilbi says “the idea for the website came up when I got several phone calls from his Syrian friends newly arrived to Dubai seeking help to find a job. I was feeling bad because I couldn’t help them at all.” Hence he named the portal after the Syrian term “dubarah,” which is used when meeting someone's request; those who say “I have your dubarah” mean, “relax, I have the solution for your problem.” 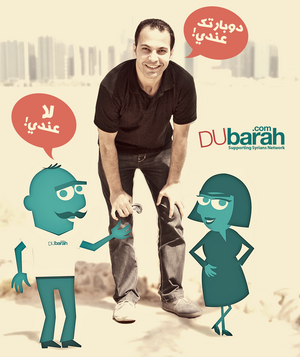 The network is designed not just to meet the needs of Syrian refugees but also to encourage entrepreneurship in its “investment opportunities” section. There, anyone who has an idea or an investment opportunity can present his project to find a Syrian partner or funder. Funders can also present their demands and readiness to finance ideas or projects.

Currently, the platform has listed around 323 funding opportunities and 456 partnership opportunities on the website. Several people have found jobs via its job opportunities section, which works like a typical classifieds site, but most of them prefer not to reveal details given their politically sensitive context, Edilbi says.

The site also offers a "Gharbatly guide," where Syrian expatriates present a summary of their experiences and perspective on housing and living conditions in specific countries to help those thinking of moving out of Syria.

The Dubarah team consists of a group of young Syrians that work purely on a volunteer basis, united by a desire to help their fellow citizens. Depending on their day jobs for income, they divide up Dubarah's site work according to their skills, handling website development and management, follow up, assistance requests, and social media updates.

Idelby thinks that the team is wonderful and says, "we started as a small team and gradually expanded. Our team now consists of 10 volunteers supported by a network of 460 Syrians in 32 countries. They all have various ideas and beliefs but are united around the will to help every Syrian whatever his ideas or beliefs are.”

Currently, the site's biggest challenges are its need for funding, especially given its growing popularity. Thus far, the team hasn't created a business plan or revenue stream; the site relies on donations, and uses social media for its advertising as it can't afford paid advertising (and clearly has grown an organic userbase thanks to a huge need in the market).

The team is also clear that Dubarah is for all Syrians, regardless of political affiliation, a stand which has also made it difficult to secure funding. Edilbi explains that the “only future solution is to open the door of donation on the website for everyone who is willing to support this idea to develop our services and increase efficiency in helping Syrians.”