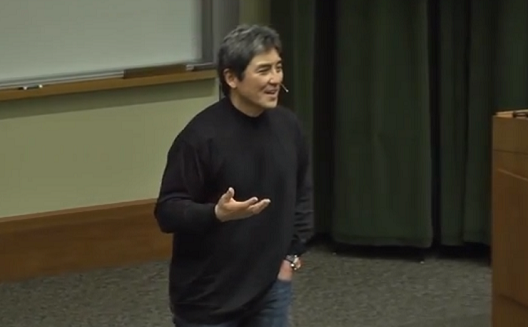 As one of the Apple employees originally responsible for marketing the Macintosh computer in 1984, Guy Kawasaki has since started his own companies and invested in startups as a venture capitalist. In sharing his expertise with students at the University of California Berkeley this past March, Kawasaki says, “I’m not known for subtlety, so let’s just cut to the chase.”

Here is his reality check for entrepreneurs where he identifies 11 mistakes they regularly make. The video of his presentation can be found below.

1. Multiplying big numbers by 1 percent. Kawaskai mentions that a lot of entrepreneurs make the mistake of taking a large market and setting their sights on capturing a mere 1%. While this may seem small and doable to many, getting 1% of a huge market is not easy. Likewise, no investor wants to hear that you only want 1% market share. If you don’t believe you can make a large dent in the market, or do something totally innovative, others won’t believe in you either.

2. Scaling too soon. With high expectations for your company, it can be easy to overestimate your logistical needs up front. But ramping up hiring and overhead expenses without results or revenues, may put you in a situation where you run out of cash fast and close up before even proving your concept. Bootstrap and take it slow until you absolutely need to expand.

3. Partnering. “There’s only one thing that counts in a startups, it’s sales,” says Kawasaki. Partnerships only happen when two parties want to fill in their weaknesses by relying on others. Sales is the only thing that counts; if you want to satisfy investors, meet your numbers.

4. Pitching instead of prototyping. A lot of entrepreneurs are focused on perfecting PowerPoints and business plan competition applications, but in the real world, you need to prove that you can do it. With a choice between a great pitch and a great working prototype, Kawasaki says he’d go with the prototype every time. Prove your concept to those you need resources from and you'll have a better chance at winning their support.

5. Using too many slides and too small a font. Kawasaki’s rule is 10-20-30. If you do pitch, don’t use more than 10 slides – you’d be lucky to get that many thoughts across. Only take twenty minutes to deliver them and don’t use a font below size 30. Keep it clear, simple and visual.

6. Doing things serially. Entrepreneurs often believe there is a clear linear process to starting up and scaling. But in reality, everything usually happens all at once. Entreprneeurs will be continually “raising money, writing software, prototyping, selling, recruiting and collecting money all at the same time. It is a parallel process.” There's no clear path to success; it's all about moving all the pieces forward together.

7. Believing 51% equals control. In board meetings, things don’t regularly come down to a vote. Either everyone wants to do it, or everybody doesn’t want to do it. The reality is that once you take outside money, you have lost control and you have an obligation to that money. “If you cannot deal with that, don’t take outside money. 51% is an illusion of control.”

8. Believing patents equal defensibility. Patents don’t give you a defensible position. If you are acquired someday, the acquiring company may love it, and certainly “it will make your parents proud,” jokes Kawasaki. But the time it takes to get it done and the money it takes to defend it, especially against infringement by giant corporations, are not worth it. “Suing Microsoft successfully is not a fundable business model,” he adds. Investors usually don’t care if you have a patent.

9. Hiring in your own image. Engineers should hire a sales person, and vise vera. Focusing on only one skillset, like hiring only a team of engineers, will set your startup running in useless circles. Quite simply, “you need someone to make it, someone to sell it, and someone to collect it,” says Kawasaki. Fill out your team to cover all the bases.

10. Befriending your VCs. “They are in the business of making money; they’re not in the business of making friends,” Kawasaki says about venture capitalists. Don’t try to become their friends, just make your forecasts. If you don’t deliver, VCs won’t keep you around just because you’re a nice guy.  “The key to managing any investor is to just meet your projections,” he says.

11. Thinking VCs can add value. Venture capitalists are busy people; they often manage several portfolio companies and can’t do heavy lifting for all of them. Yes they can give you contacts and advice from time to time, but don’t expect them to answer every phone call. Of course every VC is different, but you’re more likely to gain access to larger portions of their time if you deliver results.

Check out the full video of Guy Kawasaki’s talk below: