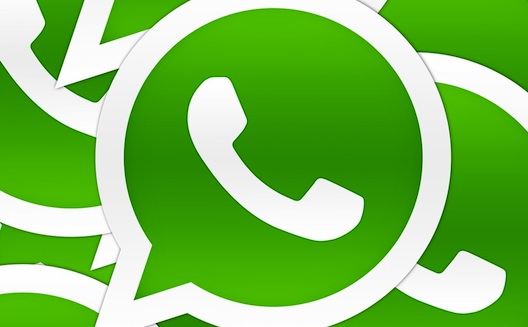 As of an hour ago, app messenger Whatsapp went down around the world; at time of print, it had just started working again. 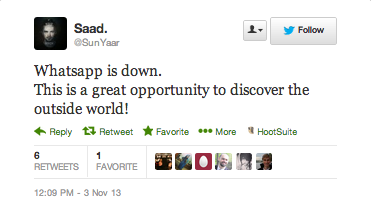 The outage comes at a bad time for Whatsapp, as rival BBM is on the rise, seeing over 20 million downloads since the launch of its iOS and Android apps two weeks ago. Although it still has only 80 million users compared to Whatsapp's 350 million, some argue that BBM could outdo Whatsapp, thanks to better security, a free app, and voice and video services.

Whatsapp's global app rankings also recently took a dip, possibly thanks not just to BBM's launch but also to its launch of a new subscription paywall that goes into effect after a year of use.

The chat app faces competition from China's WeChat, which announced in August that it had 235 million active monthly users (compared to Whatsapp's more than 200 million monthly active users as of this April), and Japan's LINE, which boasts 200 million users and is prepping for an IPO soon. LINE, which is gaining traction in the Arab world, offers VOIP and an activity timeline, which Whatsapp doesn't.

Yet Whatsapp is still leading most of its other competitors, especially in the Arab world. In Saudi Arabia, for example, while BBM is currently ranked #1, Whatsapp is a close 2nd, Tango and Kik at 6th and 7th, LINE at 12th, and WeChat and group chat Palringo at 16th and 18th, according to App Annie.

What could help Whatsapp fend off BBM are its video messaging and recently-launched voice messaging system, as well as its traction in photo sharing. A week ago, Whatsapp revealed that users are sharing 400 million photos daily, more than SnapChat, Facebook, or Instagram.

Thanks to a substantial userbase on Nokia devices, Whatsapp may stick to these simple features- photo, video, and voice messaging- to continue its popularity with non-iOS and Android traffic, The Next Web argues.

Yet, some argue that this won't be a good approach, because keeping users loyal will increasingly necessitate adding unique features and fun content (like games), or making chat history more accessible and useful.

Yet since chat is an of-the-moment need, good, consistent connectivity will be essential, especially in emerging markets. Who's sticking with Whatsapp? 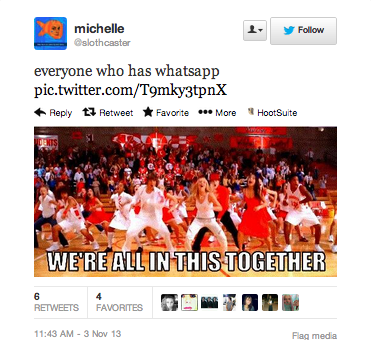