For startups looking to launch a marketing campaign over the holidays, or starting in 2014, here’s a fun little nugget on marketing, from Ben Chesnut, the co-founder and CEO of email service MailChimp.

His blog post, Why I Hate Funnels, isn't revolutionary, but it makes an excellent point, that companies should forget about traditional ways to convert readers into buyers, and instead think about empowering their fans for free. 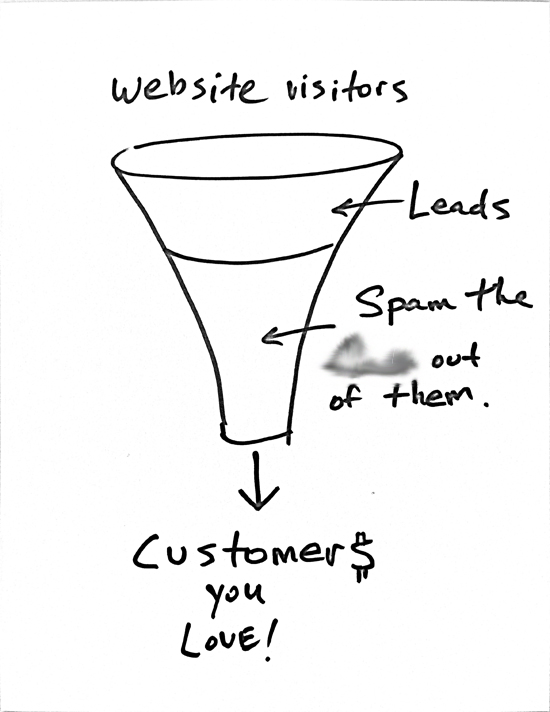 Yet by turning the funnel upside down, companies can build better long term relationships, he argues. 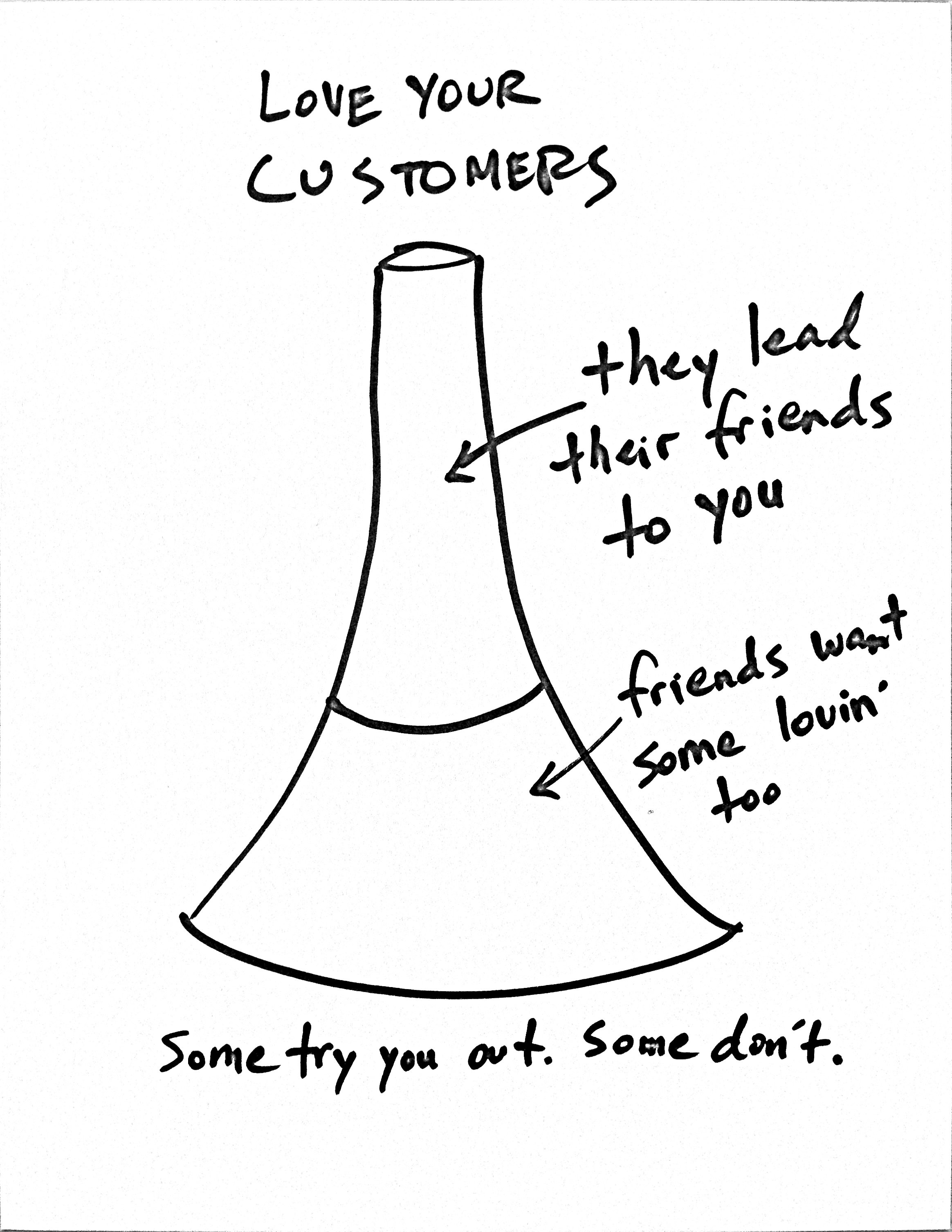 Why? Empowering customers helps companies retain customers. Although Chesnut doesn’t use the word “loyalty,” he points out that retention is crucial for long term viability. Several studies confirm that fact; according to Gartner, 80% of your future profits are likely to come from 20% of your existing customers, while a study by Bain & Company demonstrated that increasing customer retention rates by 5% can increase profits by 25% to 95%. It's also been found that customer acquisition can cost six to seven times more than retention.

MailChimp, which has been helping users to "send better emails" since 2001, has seen the direct benefit of inverting their marketing funnel and nurturing existing customers; ever since the company turned on freemium services in 2009 and implemented an education-focused customer support system, then deployed giant playful billboards that show Freddie winking and t-shirts that show him giving a high-five, its number of new users joining daily has leapt up from under 100 to 6,000. Today, the company has grown to serve 3.5 million users who send 4 billion emails a month.

What's so effective about Freddie's winks and high fives, Chesnut points out, is not that they necessarily encourage someone to start using MailChimp, but that they make existing customers happier. Amused, tweeting customers become the brand's own ambassadors, without MailChimp having to push its product. Fans' testimonials offer proof that a little creativity can go a long way.

For more on how to revolutionize your relationship with your customers- especially on a low budget- read Chesnut’s blog post and watch Seth Godin’s 2007 talk on developing a successful marketing campaign. Again, this isn't new, but it's worth revisiting.

What both writers make clear is that a critical component of a whimsical campaign is also offering an excellent product, great customer service, and speaking to a community. Setting the right frame, building trust, and giving customers a narrative to believe in are what get people to convert to loyal fans, Godin reminds viewers.