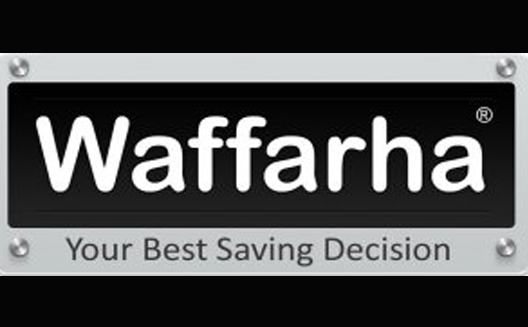 The recent shutdown of Dare’n’Deal, Egypt’s most popular website for daily deals and group buying, sparked much curiosity about whether the global fall of the once hugely popular daily deals model would be reflected in the Egyptian market.

Despite this uncertainty, Waffarha’s founders Tarek Magdi and Noha Hamdi are confident that their site has what it takes to weather the storm. Their team comprises ten people, working on sales, marketing, customer service, photography, content, and tech support. The website was launched in October 2012 by Magdi who studied marketing and Hamdi who studied journalism, when they registered some complaints by daily deals buyers in using the deals, including bad service and difficulties getting the deal refunded if necessary. Their startup, they decided, would offer customers the chance to directly file a complaint to get refunded.

Waffarha doesn’t monopolize traders’ offers; outlets can also sell coupons on other websites. But the website offers two features that stores and restaurants won’t find on other daily deals websites, according to Hamdi. First, Waffarha organizes a new photo shoot for each product, rather than using tired old photos of varying quality. The second is that the payment method, whether cash or checks or a bank deposit, is organized at the convenience of the trader.

Their startup also offers different products and services, atypical ones compared to other daily deals websites, such as mattresses, gold cleaning, HD receivers as well as the garden variety restaurant, spa, and travel deals. As with many deals sites, all deals give a discount of at least 50%.

Hamdi wasn’t upset by the shutdown of Dare'n'Deal, even though it has shaken market confidence in the model. She added: “We don’t think about competition. Our main concern is the quality. We might not be as strong as [other] companies but we will prove our position in the market.” Deals in restaurants and stores in the popular malls in new cities like October 5th and 6th are the best selling of all their offers; these are popular with clients both young and old.

Regarding the site’s performance amid the turbulent political atmosphere, “There are ups and downs. We covered our expenses and made profits,” Hamdi says, citing a moment during last Ramadan when Waffarha managed to sell 300 coupons to a restaurant in two days. “But now, once again,” she continues, “we’re supporting our business from our savings.”

Waffarha doesn’t aim to expand on the regional level – at least not yet. That’s why the site’s name is purely Egyptian (waffarha means ‘save it’ in English). What expansion plans there are focus on other provinces in Egypt, starting with the city of Alexandria.

The company is expected to launch a new website in the first quarter of 2014, limited to products with discounts up to 50%. Noha believes that products offered on the new website won’t be impacted by the political situation. After all, daily deals phenomenon Groupon came into global popular consciousness during the recession of 2008; there’s no reason why Waffarha shouldn’t do the same in Egypt.