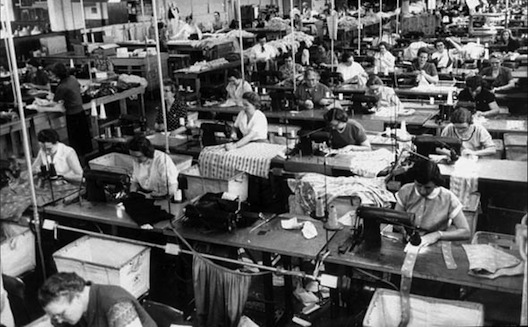 In the most widely revered startup creation myth, there’s not a lot of sleep happening. Every entrepreneur we know works around the clock and revels in the extent to which their startup is their life, carrying on the legacy of workaholics Steve Jobs, Marissa Mayer, and all the other deities in the entrepreneurial pantheon. The standard eight-hour workday and 40-hour workweek are completely irrelevant to the startup founder, and often, to their employees.

New research has complicated the pertinence of the standard workday. Yes, the eight-hour workday is largely irrelevant to knowledge workers in the startup and tech industries (as opposed to manual laborers), but it’s irrelevant in a way you might not expect. “Knowledge workers actually have fewer good hours in a day than manual laborers do,” Robinson writes. “On average, [the optimal workday is] about six hours, as opposed to eight.”

Further, as entrepreneurs already know and practice, workers perform best when their work is spread out over the day. Ideally, knowledge workers should begin work a few hours after waking up, break for a few hours midday, then continue in the evening. “Cognition is best several hours prior to habitual sleep time, and worst near habitual wake time,” says Kenneth Wright, neuroscientist and chronobiologist, as quoted in a recent article in The New Yorker.

Research by Dr. Steven Kay of the University of Southern California, supports this. As reported by Sue Shellenbarger in The Wall Street Journal, his study says that “most adults perform best in the late morning. As body temperature starts to rise just before awakening in the morning and continues to increase through midday, working memory, alertness, and concentration gradually improve. Taking a warm morning shower can jump-start the process.”

Further, according to psychologist Robert Matchock of Pennsylvania State University, “most people are more easily distracted from noon to 4 PM.” This is also the time when the body is ideally warmed up for exercise, so these few hours are a great time to get sweaty.

And on top of all that? Knowledge workers are also “exquisitely sensitive to even minor sleep loss. Research has shown that losing just one hour of sleep per night for a week will cause a level of cognitive degradation equivalent to a .10 blood alcohol level,” reports Robinson.

But whatever you do, don’t hit the snooze button when your alarm clock goes off. “If you manage to drift off again, you are likely plunging your brain back into the beginning of the sleep cycle, which is the worst point to be woken up — and the harder we feel it is for us to wake up, the worse we think we’ve slept,” writes Maria Konnikova for The New Yorker.

So yes, knowledge workers benefit from flexible working hours. But it’s better for our employers too if we get all of those things. Those 80-hour workweeks don’t get us anywhere in the long run, unless you’re willing to sacrifice the well-being of your employees, and ultimately, your bottom line.