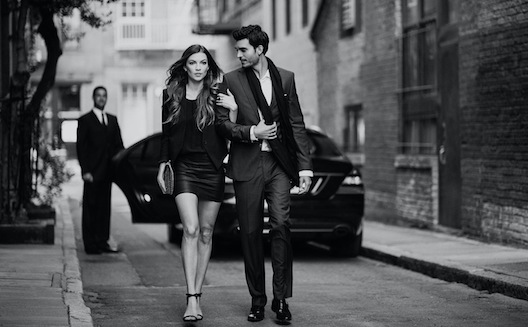 Uber’s revenues were leaked on ValleyWag this month, revealing that the car service company is potentially making far more than initially expected.

Kara Swisher at AllThingsD initially projected that the company, which took on $258 million in funding from Google Ventures and TPG investments in August, was on track to earn $125 million in 2013. ValleyWag now estimates that, based on the listed weekly revenue streams, the number is closer to $213 million, but AllThingsD maintains that the actual figure is somewhere between the two estimates.

With little choice, Uber’s CEO, Travis Kalanick, confirmed the revenues to AllThingsD, noting that the leaked information doesn’t include Uber’s non-car services, which he recently told Bloomberg that he wants to expand. It’s unclear how much profit the company is making, as its expansion from 35 cities to 60 this year has contributed to the company’s short-term costs, while maximizing its long-term potential.

That Uber is doing well might not surprise anyone, and it may have allegedly upset Kalanick. Yet, like all leaks, it has the convenient side effect of shifting the conversation about Uber from discussion of its surge pricing, which is always in effect around the holidays, and putting it back on its profitability.

Complaints about surge pricing are nothing new. Last year, one tipster reported paying $219 for a 7.67 mile ride from the Upper East Side to DUMBO. This year, I called an Uber in desperation, to get from the East Village to the Financial District in a torrential sleet storm, and ended up paying $100 for a 13 minute, 3 mile ride.

Would I do that again, given that there wasn’t a single standard yellow cab on the street and it was early in the morning? Probably yes, for better or worse. Is it fair to complain, when I do have the choice of walking 15 minutes to the subway in sleet? I don’t think so.

But, as many have argued, it’s a sore point for the company, branding-wise. It’s one thing to offer surge pricing during a terrible winter storm, and another to offer it during Hurricane Sandy or a similar natural disaster, when pointing to the validity of the economic model can sound tone deaf, Hunter Walk points out.

CEO Travis Kalanick had made his point that surge pricing is a critical element of the company’s business model, as it crucially minimizes response times by getting more cars into the market, allowing the company to provide “relentless reliability,” he bluntly told Wired.  “We did more trips because of our approach, not fewer. We gave people more options to get around, and that is the whole frickin’ goal.”

It might be an easier sell in Saudi Arabia, where private taxi drivers already take advantage of somewhat inelastic demand to charge higher rates for travel in the evening, and drivers were recently accused of further hiking prices to take advantage of the plunge in supply given the recent crackdowns on illegal foreign workers.

Thus far Uber hasn’t officially opened in Saudi(although it appears to be looking for an Operations & Logistics Manager), but the company’s General Manager in Dubai, Jean-Pierre Mondalek, confirmed that surge pricing was alive and well on New Year’s Eve in the UAE:

“This is the busiest time of year for Uber globally. Our growth and popularity in emerging markets, including the Middle East, has been exceptional and we are experiencing rapidly increasing demand.  As a result, at times, surge pricing does go into effect in the region in order to ensure the reliability Uber users count on.”

To make it more palatable, the company also added some tips to suggest to users when they are least likely to be gouged (unsuprising: right after midnight was not recommended). That and a video by Travis Kalanick explaining how surge pricing works might succeed in defending the model and making customers aware that they do have choice, after all.

So, again, a peek at the company’s financials perhaps reveals that, whether some customers are offended by surge pricing or not, online skewering of its brand values aren’t really affecting its bottom line. And perhaps if the company  iterates towards developing its own fleets, the awkwardness of surge pricing will be a relic of the past.