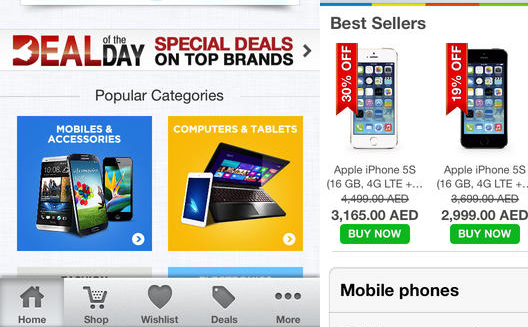 Just as chatter is sweeping the tech world that Souq.com may be courting Amazon for a potential acquisition, the Dubai-based e-commerce giant has announced the release of its new mobile applications, for iOS and Android.

With "mobile customers now represent[ing] 40% of all purchases on Souq.com," as CEO Ronaldo Mouchawar revealed in a statement, launching native mobile apps is a logical step for the e-commerce company. Some might wonder why Souq.com, which launched in 2005, hasn't already released an app, but today's Souq is now squarely focused on mobile.

"We've made a conscious effort to become a mobile-first company," says CTO Wisam Daoud, on a phone call from the West Coast of the U.S. "We see mobile overtaking the web faster than we can even comprehend," he says, especially in markets like Egypt, Saudi Arabia, and Kuwait, which is a "huge mobile country."

Souq's mobile site has also benefitted from the company's new focus, Daoud says. "Our entire site is mobile responsive," he says. By 2014 or 2015, Daoud predicts, "mobile will become the primary way to shop on Souq.com."

What immediately stands out about the new mobile app is that it focuses on electronics and deals, even more so than the Souq.com website does. The app offers a banner for daily deals on the homepage, as well as a section where shoppers can browse Deals of the Day, Clearance Items (which feature some of the same items), and Warehouse Deals. The latter is currently empty, but the fact that the app has three deal categories highlights that Souq is heavily committed to offering products at a discount, with push notifications.

Daoud confirms that strategy. "There are two elements we wanted to make very clear: search, and deals. Mobile is about being in the moment, on the road, in a store, or watching TV. People want to be notified about deals in real time right as they happen."

I didn't ask Daoud whether the mobile app's plethora of deals would enhance its potential overlap with Jabbar sister company Cobone, the Dubai-based daily deals site. A quick glance at Cobone's iOS app reveals that it's not posting mobile deals in Dubai, however, and its Riyadh and Jeddah deals focus on spas, restaurants, cars, and recreational outlets, not the electronics and fashion items that are Souq.com's bread and butter.

So now that Souq has inaugurated 2014 with a mobile app, does it have plans for a smartphone on the horizon, following Amazon's future 3D-screen wonder? Souq has already launched its own tablet with Qtab; will we see a Souq smartphone in the future?, I query Daoud.

"I'm not going to comment on that," he says. "We feel that the Qtab brand is going to live on, and we want to continue to make very solid devices that are available at the low Souq prices that we have. We will develop a holistic strategy from device to content to transaction."

As for the rumors that have entrepreneurs buzzing about the possibilities, Daoud says, "I can't really comment on it. Rumors are rumors."

The article that caused a stir, does, after all, report Souq's inventory as 200,000 items instead of the 400,000 that Souq's press release reports, while stating that Yahoo acquired Maktoob for $85 million USD instead of the $165 million that has been widely reported; it also doesn't cite a single source.

"Whatever numbers they've reported are completely inaccurate," Daoud agrees from the West Coast. 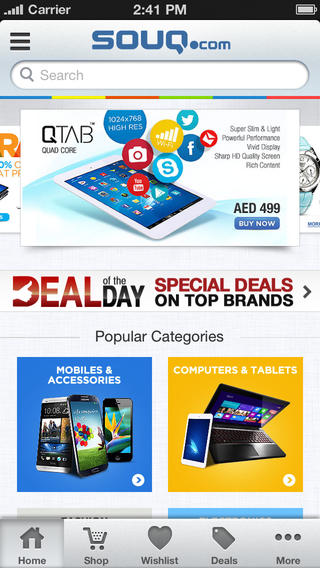 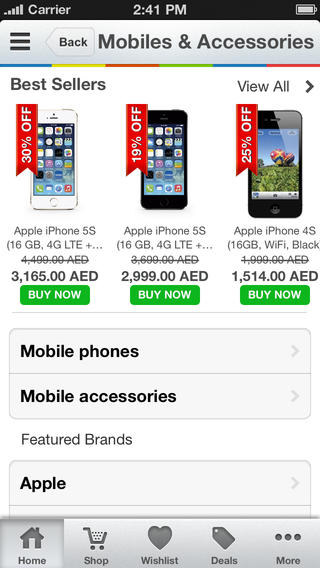