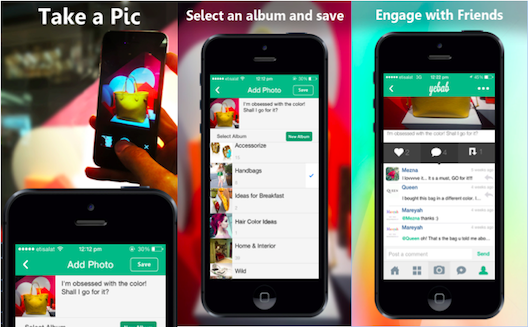 Since its launch in 2008, Yebab.com, an Emirati platform offering wedding services for Arab women, has been slowly but successfully expanding, offering an ever-increasing roster of services to regional markets outside the UAE. Today, the startup is launching a mobile app it hopes will continue to address the needs – and social media addictions – of the region’s brides-to-be.

Yebab initially targeted the Emirati market, providing women with wedding planning services from gown selection to photography, catering, and venue booking. After securing investment from N2V in August 2010, the platform expanded its reach to cover Saudi Arabia and Egypt, building key partnerships along the way, such as a collaboration with Kharabeesh on building a viral video campaign called Ya M3iris.

“We have been profitable since the beginning,” says Murshed Mohammed, who co-founded the startup along with his sister Mareyah Mohammed. He says the website has recently been registering “hundreds of thousands” of unique visitors per month.

In deciding to enter the mobile application market, the Mohammeds are pivoting the web directory into a more visualized service focused on allowing women to group share photo albums. “60% of Yebab.com’s visits come from mobile devices, which made it clear to us that we need to focus our next steps on mobile,” says Mohammed.

The team spotted a gap in the market – the lack of a standalone service by which people can share photo albums with a group of people – and decided to invest in it. Mohammed concedes that sharing photos is already possible with multiple services: “WhatsApp is the most commonly used medium today to send a picture via mobile, and Instagram to share a picture with a group,” not to mention Facebook and Picasa. “But,” he insists, “when one wants to send several pictures to a group of people there are no services available.”

At the same time, the Mohammed siblings aim to scale their startup, widening their audience to women around the world. “We wanted to better invest our efforts and create an application that women would use ten times a day addictively, in a social network style,” Mohammed says.

The mobile application, now only available for iOS, will still be called Yebab but will offer a different service as the web platform, although the latter will also gradually move away from content towards photos.

The initial concept, a space for stores and freelancers to advertise their wedding products to brides-to-be, has not changed on the mobile application; what is different is product variety and display. Stores will be able to announce product releases by publishing albums and tagging regular customers, or creating private albums to give regular customers priority to check them out first. “We expect 95% of regular users to not advertise, which we think is normal; stores and brands are more likely to pay for more exposure,” Mohammed explains.

The company’s revenue model hasn’t changed much either. “Pictures can be promoted to the top when stores pay, and the more they pay the more exposure they get, just like on the web platform,” explains Mohammed. “It works the same way as Twitter and Instagram, with promoted tweets and hashtags,” he adds.

The application’s design features soothing colors and icons very similar to Instagram’s, especially the small heart which designates a ‘like’. Upon signing up, women get four default albums – Private, Wishlist, Dresses, and Makeup – that they can then go on and edit, Mohammed says.

Just like other social networks, users can find, invite, and follow their friends. “The service is meant to drive communication around pictures, more of a visualized WhatsApp,” Mohammed explains.