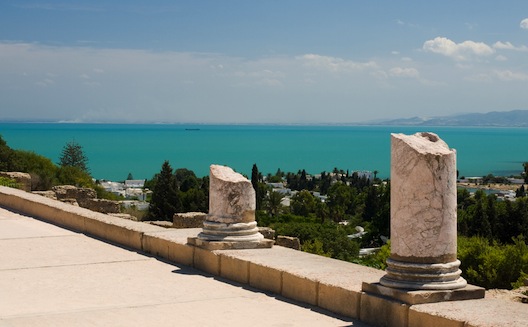 Ancient Carthaginians were known to be shrewd traders, skillful sailors, and bold explorers. They built a powerful commercial empire spanning the western Mediterranean Sea and established their dominance through trading posts in areas as far as Cameroon and Ireland. Despite such a glorious legacy, today’s Tunisians – the heirs of the Carthage of old – are not known for the entrepreneurial spirit and aptitude for innovation that once distinguished their ancestors.

Tunisia performed quite poorly in the 2013 Global Entrepreneurship and Development Index, ranking 55th out of 112 surveyed countries. The picture wasn’t brighter for the 2013 Global Innovative Index, which ranked Tunisia 70th, far behind the UAE, Bahrain, and KSA. Worse, only two Tunisian universities appeared in a list of top 100 universities in Africa in 2013, ranking a dismal 73th and 85th.

There are many reasons behind such a ‘downgrade’, but they fall into two main categories: 1) culture, tradition, and social behavior and 2) access to financial resources.

The first category refers to the fact that Tunisians have nurtured a number of cultural and social stereotypes that asphyxiate our entrepreneurial spirit. Our risk aversion is so great that those few pioneers who dare to sail against the odds are confronted with the high social cost of failure. Entrepreneurship in Tunisia is mainly fueled by basic necessity rather than by opportunity or innovation.

The French colonial legacy has darkened the picture further. The inherited model for social success is one defined by the obtainment of a well-respected university diploma, a subsequent full-time job (preferably in a governmental capacity), generous social security coverage, and a guaranteed retirement plan. Those who deviate from such a plan must be prepared to create their own recipe for success.

The second category relates to a lack of financial support that local entrepreneurs face, directly impeding their potential to realize their ideas and ambitions. The common feedback we hear from young professionals who didn’t succeed in the entrepreneurial arena is that financial support is either unavailable or inaccessible. The story is the same: Banks demand excessive guarantees, private investors are too conservative, and the government support constitutes little more than immaterial promises. While this is true to a certain extent, is it not the case elsewhere as well? Perhaps it is a question of knocking on the right doors. Enter the Tunisian diaspora!

The diaspora: An effective support for local entrepreneurs?

The Tunisian diaspora accounts for more than 1.1 million people, nearly 10% of Tunisia’s total population. In 2012, the diaspora remitted as much as 2.3 billion USD back home — 4.5% of Tunisia’s GDP and, most importantly, 30% of our national savings! The diaspora is the “fat dairy cow” that provides stable, growing, and much-needed hard currencies for our balance of payments.

Yet, the diaspora’s role is still largely a passive one and its role so far in driving the Tunisian economy has been timid and disappointing. As the overwhelming majority of the diaspora’s remittances were directed either to support relatives and families or (at best) to invest in the real estate sector, only a very limited monetary flow has found its way to the capital market sector or private local companies.

While most local entrepreneurs (and future ones too) are struggling to access vital sources of funding, a large part of the diaspora’s potential remains untapped or/and unproductive. This is particularly true for the thousands of highly educated and successful expats. To return home, Tunisians abroad either need to secure an “interesting” position back home (of which few are available), or set up their own project.

The best (and safest) way to start a business back home would be to find the right local partner. Local entrepreneurs have established presence, great ideas, and high potential for innovation. Successful expats can bring funds, management depth, connections, and international exposure. Interesting matches can lead to the creation of many local start-ups that have more chance of success. The main foundations for such partnerships are those built on mutual trust, shared values, and aligned interests.

These kinds of direct matches are difficult to realize. They will require a comprehensive strategy to create a proper framework that can bring the Tunisian expats closer to local entrepreneurs. Local authorities, as well as civil society, need to play a pivotal role in making this a reality. The strategy should be pragmatically articulated in three steps.

This is the time for Tunisia to spark its much-awaited entrepreneurial revolution. We certainly have the means to fulfill such a mission. Now, we must restore our self-confidence and reinforce the mutual trust. The rest will certainly follow.

Nelson Mandela once said, “Africa cries out for a new birth; Carthage awaits the restoration of its glory.” Let us begin.