In Morocco and Tunisia, daily deals websites have changed the way people use the internet. There was a before, when online purchases were limited to buying plane tickets, and an after, around 2011, when e-commerce entered Moroccans and Tunisians’ everyday lives in a big way.

But starting in 2013, deals website started losing their edge. In Morocco, the pioneer, MyDeal.ma, shut down and the number-three, Superdeal.ma, lost its market share as international market place Jumia took over the e-commerce sector. But it’s not all bad news: Bigdeal.tn in Tunisia and Hmizate in Morocco continue to gain market shares.

So, what made the differences between a success and a failure? What lessons and best practices can be drawn from this period? 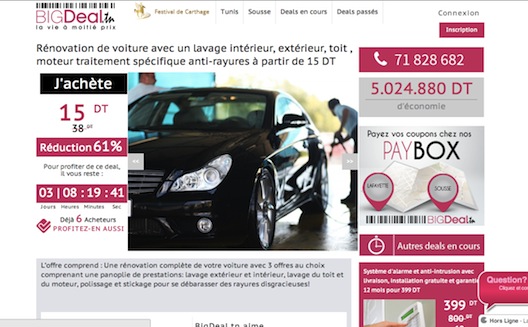 In January 2012, when Issam Essefi decided to launch Bigdeal.tn, Tunisia already had four daily deals websites; two years later, BigDeal.tn was the leader in Tunisia. This market dominance was the result of a lot of time spent analyzing models and results of both local and international competitors, and localizing international success, says Essefi.

Back then, all the daily deals websites were offering around a dozen deals for 5 – 10 days, with discounts scaling from 10% to 50%, he explains. This is different from the model established by Groupon, which focused on one deal available only for one day.

When thinking about his own business, Essefi decided to localize the Groupon model, realizing that Groupon is not a world leader by accident. Since the market was still young, and people were still afraid to pay online, he decided to offer only one deal at a time, but for three days at a time in order to allow users to make up their minds. He also made it possible for people to pay offline at one of the startup’s Paybox outlets, located in supermarkets. To convince Tunisians to take the risk to pay online, he made sure the offers “could not be refused” with discounts of at least 50%.

For Essefi, allowing clients to pay cash was crucial, so they opened offline payment outlets in supermarkets. Eighty-percent of purchases were made in cash during the first few months, he says, which allowed the startup to exceed four times the sales revenue of its competitors. The cash payment option was not meant to last, though, as it’s costly and risky (50% of payments in cash on BigDeal.tn don’t end up going through). Still, the cash payment option helped build the trust Tunisians needed to eventually make the switch to online payment, the entrepreneur believes. Now, only 30% of payments are made in cash. 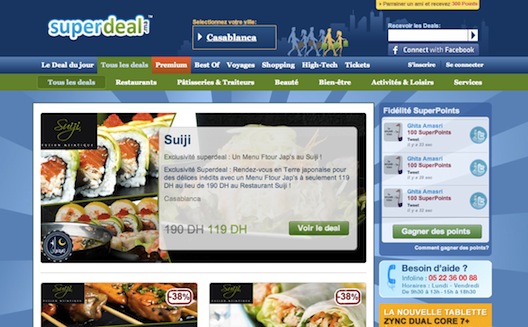 SuperDeal.ma, launched in March 2013, used a similar logic. In order to convince get to people with credit card limits and those who are wary of paying online, the startup allowed users to pay through the WafaCash service, explained Ismail Loubrais, the former CEO, with whom we talked  back in 2012. Then, it developed its own virtual wallet called SuperfFlouss that clients can charge once through WafaCash, to save users from having to visit a WafaCash center every time they were making a purchase.

Offer a service of quality

“The most important part is customer service and quality,” believes Kamal Reggad, Hmizate’s cofounder. That’s why the startup dedicated a lot of time to building the brand and the identity, as well as the customer service. The website was the first to open a phone line dedicated to responding to user complaints and questions, and is still the only one in Morocco to have an online chat service. Hmizate has more employees at the customer service department than at the sales department, and it has proved successful. Hmizate was named brand of the year in the service category at the Morocco Awards and reached half million transactions two months ago. The relationship between the two milestones is simple, Reggad says: “clients appreciate it, and they come back.” 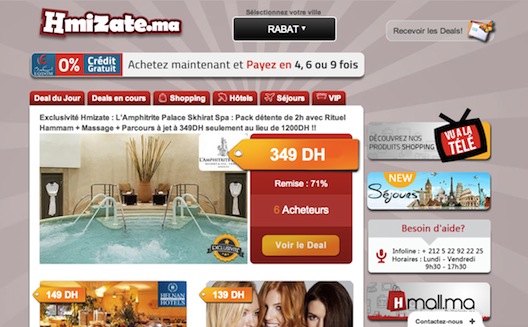 Spend a lot to get new clients

To build that trust and get new clients, Reggad is convinced you have to think big: “The first year, we did a lot of billboards, we were everywhere.” This strategy, he says, is due to the fact that in 2011, Moroccans weren’t buying online, so Hmizate had to find its customers offline. At the same time, they had to convince Moroccans that they weren’t a sketchy website operating out of a garage. Billboards seemed the way to go to get to more people and gain credibility.

This experience taught Reggad a valuable lesson: trust your intuition. Back then, billboards for a website was a new idea, so all of Casablanca was talking about it. “At some point, I stopped saying I worked at Hmziate to avoid getting negatives vibes [and undesired feedback],” recalls the entrepreneur.

For Nabil Sebti, MyDeal.ma’s manager, all his efforts have had a prize. “You can’t start with a small budget, it doesn’t work that way. You have to dedicate 60 to 70% of your budget to communication, and you have to be able to support that financially.”

He explains that Jumia managed to become the leader in the Moroccan e-commerce in less than six months thanks an intense multi-channel communication campaign, relying on massive fundraising. The success of Bikhir and Avito in the Moroccan classifieds can be attributed to the same explanation. “Today, they have huge losses, but gigantic growth,” he says. “In 2017-2018, when the market will be big and mature enough, as analysts predict, the first come first served logic will proved right, and it will be hard to beat them.”

“With the right funds, things will probably have been different for MyDeal.ma,” he believes. 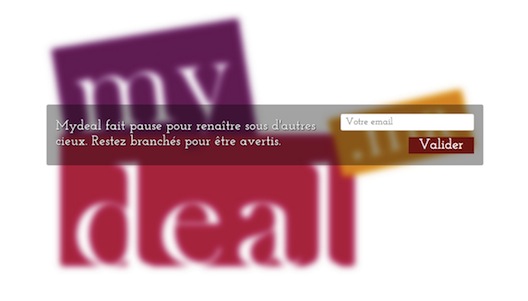 Things have been different for Hmizate; it has raised $1.6 million USD (Reggad tells us how here), which allowed the startup to continue its intense communication campaign. Before MyDeal was put "on hold", the startup almost closed a fundraising round. In both case, investors were not from Morocco.

“You need to have enough capital, and it’s not in Morocco that you’ll find it,” Sebti believes. He blames Moroccan investors for not knowing and understanding the web business models, and for being too slow to deliver the money. Having an international investor also helps Moroccan companies with buying international products they can’t normally buy since the dirham is non-convertible, he continues.

MyDeal has had beautiful growth, yet starting 2013, the company began having to deal with cashflow issues, which leads Sebti to believe that the deals model was not viable (read our article here). Still, Reggad says Hmizate have been profitable “for a while now.” How can this be?

“You have to pay attention to your expenses, stay lean,” says Reggad. His company kept its team small. While MyDeal had over 40 employees and SuperDeal over 30, Hmizate never had more than 25 (the company now had 20 employees working on Hmizate and 25 on Hmall, its marketplace).

The secret, he says: “pay attention to recruitment and build your own culture.” With a good employee selection, getting rid of hierarchy, developing the cult of client satisfaction, and making sure people had fun at work, the manager managed to get the best out of his team.

These lessons are not specific to daily deals. Rather, they can be a source of inspiration for entrepreneurs who are looking to write the next chapters of e-commerce in the Arab world.