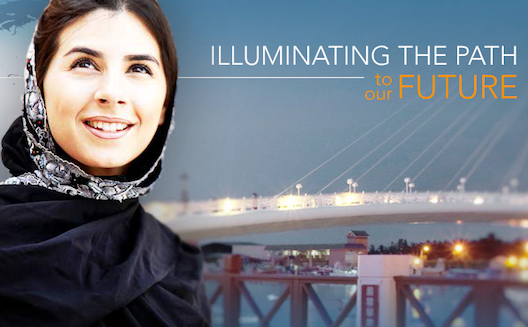 When Ahmad Chatila graduated high school in Lebanon in the mid-1980s, the country was embroiled in its bloody civil war. After emigrating to the US, the young graduate studied electrical engineering at Arizona State University and then Cornell. He then worked in the semiconductor industry in R&D, eventually moving up the chain to be a top executive. Since 2009, Ahmad has been the CEO of SunEdison, a solar energy firm that owns and operates plants all over the world to provide solar-generated energy to commercial, government, and utility customers. I met him at his company headquarters in Silicon Valley.

Although Chatila has not visited his home country for the last 11 years, it so happened that when we met he was preparing for his first business trip to Lebanon, to meet government officials to talk about solar energy and investigate investment potential in the electricity sector. His firm has already made significant investment commitments in the Middle East, a region with abundance of solar capacity, specifically in Saudi Arabia where the firm is finalizing a $6 billion USD investment in solar manufacturing plants. So why consider Lebanon now given that the country’s electricity has been crippled for decades? Chatila broke it down for me. 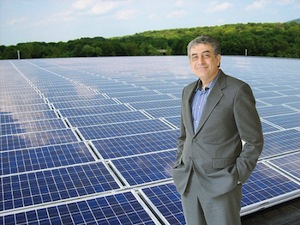 For a global firm like SunEdison, which invested $3 billion USD around the world this year, investment decisions are primarily driven by opportunity. Chatila believes that there is an opportunity in Lebanon: “Demand for electricity in Lebanon is very high, and the cost is very high, but we can do it at one third lower cost.” He emphasized that his firm could not only provide power for cheaper, but cleaner, and in a record time: “We can transform Lebanon’s electricity in three years. We can have immediate impact within a year.” Not so bad of a wait for a country that has endured daily power outages for decades. His proposed solution for Lebanon’s energy problem is primarily solar, but also a mixture of gas, hydroelectric plants, and mini-gas plants. The nice thing about solar power, he explained, is that it is closer to the customer and therefore less cumbersome when it comes to transmission and distribution.

But for their plan for Lebanon to work, the risk and uncertainty on the part of investors should be manageable. “To do infrastructure in Lebanon, you need funding from international banks [but] because the political situation is not stable, not many want to take the risk,” he explained. The three main requirements for viable infrastructure investments, he believes, are 1) political stability, 2) clear regulatory framework for operation with zero corruption, clearly defined rules with zero confusion about the laws and regulation, and 3) “commitment of the government that they can pay their bills.” This provides assurance for big banks that at the end of the day that they will be able to get their money or choose a legal recourse if things don’t go well. It’s questionable whether Lebanon fulfills any one of these three requirements.

To elaborate on this last requirement of government commitment, he told me a story of how the head of the Singapore Economic Development Board (EDB) came to visit him in his office in St. Louis regarding investment opportunities in his country. The EDB pursues international partners to invest in Singapore, helps them navigate the legal framework, and offers them tax breaks. “[Lebanon] can easily become like Singapore,” Chatila believes, if only it achieves these fundamental requirements.

After we finished our uplifting but frustrating conversation, Ahmad walked me to his office to give me his business card. We passed by the open cubicles on the floor where employees worked industriously behind their humming flat screens until we reached a desk identical to all others. There were no walls holding framed degrees, no engraved name on a copper plaque, just a desk with a computer. I asked him “Is this really your office?” “Yes, of course,” he confirmed carelessly, as though it was unexceptional for the CEO of one of the world’s largest solar energy firms to work from a cubicle. Less pomp, and more purpose: a worthy lesson for entrepreneurs and CEOs alike, in Lebanon and beyond.