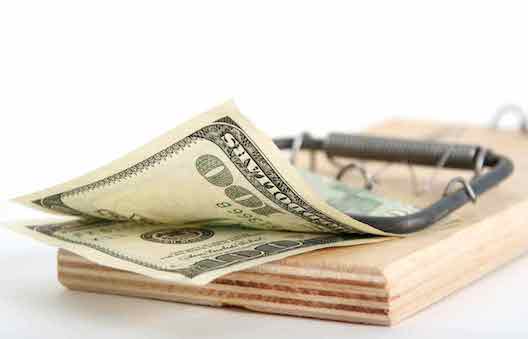 Recently Wamda posted a list of five basic economic concepts that can help guide decision making and structural analyses of entrepreneurs. Those first few ideas related more directly to the things a business owner ought to keep in mind as they makes choices about how to develop their business. The series continues here with four more essential ideas in economics. Most of these are broad indicators that help improve an individual’s overall understanding of the environment that they operate within.

Aggregate supply, like aggregate demand, is expressed as a curve. That’s because it defines how much stuff – broadly, goods and services – is produced within a country or economy at a specific price level over the course of a specific period of time.

In the short term, aggregate supply can be affected by an increase or decrease in the quantity of goods or services demanded, which impacts the price level. In the longer term however, the only way to increase aggregate supply is through enhanced or new technology, and improved productivity and efficiency.

Aggregate supplyis important primarily as a signal of an economy’s health. It’s one of several measurable outcomes that economists watch for indications that a policy change or economic innovation is driving growth.

A government’s debt and its deficit are fundamentally related. The debt is a single number that represents all the money owed to creditors. In many ways, government debt is like individual debt: it accrues over time and typically carries an interest rate.

A government’s deficit is the difference between how much a government collects in one year and how much it spends in a year. In personal terms, an individual who earns $30,000 a year but spends $45,000 will be running a deficit of $15,000.

Inflation is defined as the increase in the price of goods and services in an economy over time. It represents the reduction in the purchasing power of a single currency unit – like a dollar.

Inflation occurs for a few reasons, but most directly, it is impacted by an increase in the money supply. Basically, all economic activity held equal, if governments print more money then the relative value of the unit of currency decreases.

Businesses and entrepreneurs need to keep an eye on inflation because it impacts the real measure of the economic benefits associated with their enterprise. In other words, if the price of goods and services isn’t regularly adjusted to track inflation, the remuneration for any activity gets eroded over time.

Some economic figures are qualified by the words “real” or “nominal.” One may see either or both come up in any discussion that employs monetary terms. Usually they’re used when making comparisons between historical prices of things.

The nominal price of something is just the economic value expressed in the historical nominal terms. So twenty years ago, a Snickers bar cost $0.50. Today, that same Snickers bar costs $1.50. But has the candy bar actually gotten more expensive over time? The question for economists is whether the value of the bar has changed over time relative to the purchasing power of the dollar.

In order to compare the two, one has to look at the real, not nominal, price of Snickers bars over time. That means netting out price changes to get a relative value of the commodity. It may turn out that in real terms, the value of Snickers bar hasn’t changed in 20 years. In other words, $0.50 is about the same as $1.50 so far as candy is concerned across 20 years.

Of course, there’s a lot more to economics than these few concepts.  Generally, it all makes more sense when approached from an integrated point of view, where individual ideas work to enrich one’s overall understanding.