Despite finding it hard to keep up with rapid developments in the world of technology, Hamza Abbasi, 21, has found success with the launch of his application Sabq al Sawtiya. With newspapers in steady decline, the era of audio journalism as a way to get the news is on the up. 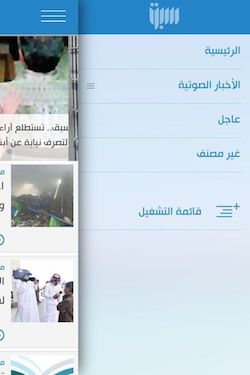 Talking to Wamda about his motivations behind the application Abbasi says: “I’m a 21 year old who hasn’t finished his eduction because of academic failure and am now considered an uneducated person who takes 10 minutes to finish reading one article.” Reading stories of blind people overcoming their physical disability and regaining their sight, Abbasi was inspired to create a tool that would help those with poor or no sight, who like him didn’t have an education.

The young Saudi was further inspired by the local Saudi news website Sabq Online Newspaper. One of the most popular online news sources in the Middle East, according to Abbasi, it received nearly 380 million hits in 2012. Taking news from this website, the Sabq al Sawtiya app converts the written word into audio and brings it directly to mobile phones.

Within 21 days of its launch in August of this year, the app had around 20,000 downloads, according to the founder. Aimed at the Saudi market, Abbasi is also keen for the app to attract users from the wider Arab region. Developed by Art al Abbasi, Abbasi’s company, the app is currently only available on iOS. Using a human voice, rather than a digital one, to read the news, the app offers a unique service for the blind, as well as anyone who wishes to listen to news rather than read. 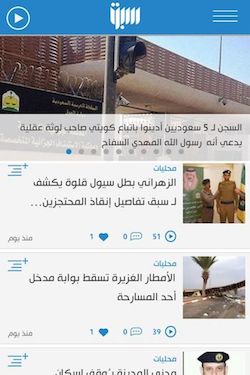 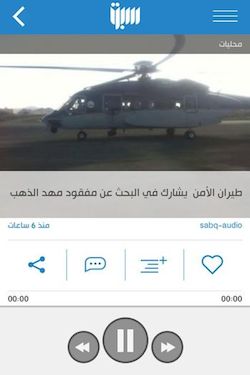 Abbasi is currently working on developing and expanding the application to be available on Android devices, as well as being usable with all newspapers, but this expansion needs support and funding. Abbasi says: "When I started I did so without any funding or support, but now I’m on the look out.” He is also looking to increase his staff.

Wamda had a go on the app and would recommend it to anyone with an interest in news, and looking for alternative ways to receive news, particularly if on the move.