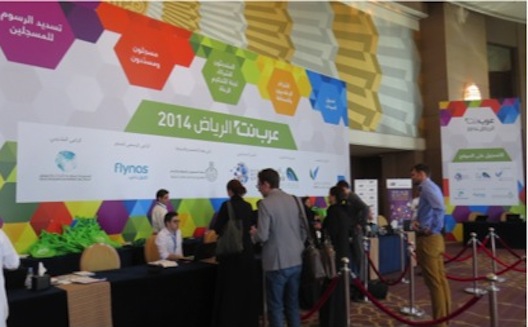 For the first time Design + Code day was on the agenda, drawing more than 200 programmers and designers in 14 workshops. Many tech figures were present to share their tips and expectations about the digital sector’s current trends, such as Dave McClure, the founder of incubator 500 Startups.

In a traditional thobe and ghutra, Omar Christidis, ArabNet’s founder and CEO, inaugurated the conference, making a point that online shopping in Saudi Arabia is seeing an unprecedented growth in a market that is considered the largest in the Arab world (it constitutes for 40% of the regional online shopping market). Christidis also announced at the end of his welcome speech the launch of ArabNet’s new website interface. 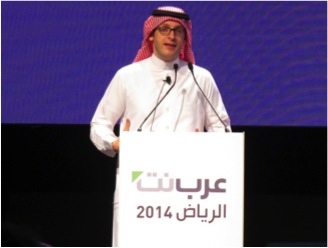 Topics on the panels varied between an overview of new trends and introductions to entrepreneurship, startups, entertainment and video content.

Previous ArabNets have created a platform for Saudi startups to launch, says Nawaf Al Sahhaf, CEO of Badir Program for Technology Incubators, and a connection channel between experts and entrepreneurs. Al Sahhaf also seized the opportunity to inaugurate his new Soft-Landing Program, which aims at attracting innovative startups from outside Saudi Arabia.

Regarding investing in startups, most attendees agreed during the discussion panels that more effort should be put into providing organized and specialized funding for companies, as well as into distinguishing between small startups and large corporations.

“We don’t have a fund distribution channel like in the United States or even the United Arab Emirates, which have similar initiatives,” said Khalid Suleimani, Head of Venture Capital at Alkhabeer Capital.He added: “No doubt the government offers big support to the entrepreneurship and startup sector. However, there are many actors and the efforts are scattered, which weakens their impact on the market.” 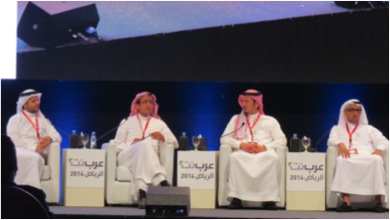 Ghazi Al Shahrani, Assistant Director General of SMEs in Saudi Credit & Savings Bank, urged entrepreneurs to “focus on the first and most important idea which is hard work and determination.” As for Yasser Mosfer, member of the Board of Directors at Oqal, he said that revenues are proportionally related to the idea itself. “The better the project, the more money and investment it will get you.” 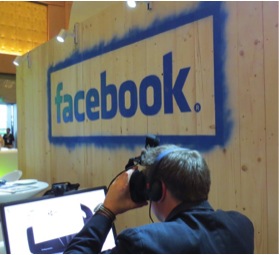 Testing Oculus for the first time in Saudi Arabia

Among the new trends highlighted in the summit were virtual reality devices. Oculus headset, which was acquired by Facebook back in March for $2 billion USD, was in the spotlight, and it was tested for the first time in Saudi Arabia. In a talk with Firnas, Jonathan Labin, head of Middle East and Africa at Facebook, assured that Oculus virtual reality headset will be officially launched in the coming four months. 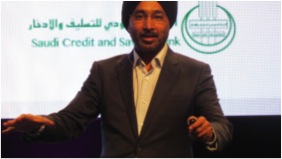 Parminder Singh, Managing Director of Twitter in Southeast Asia, India and the Middle East and North Africa, delivered a welcome remark in which he mentioned that companies do not target a specific market, but rather important moments, because those are the ones that give their products real value. “Social networks are about people only, and not about brands. The most important thing you can do to build and spread your brand is to target important moments,” he added. An example of targeting moments would be Samsung’s marketing campaign which was inspired by the famous ‘Oscar selfie’. To promote its smartphones, Samsung invited people to take selfies with their loved ones and upload them.

Dave McClure, who surprised the attendees with his traditional Saudi costume, had a strong presence in the conference during which he mentioned that Silicon Valley “isn’t a place, it’s a way of thinking,” assuring that entrepreneurs “don’t need connections to start your business, you need an internet connection.”

The “online games and videos popularity” panel was one of the most popular sessions during the conference, in which Jamil Turkistani from Saudi Gamer and Fahad Al Timsah from IPlayAwayI participated.

Fahad talked about his YouTube channel which he started as a hobby, and then later became one that has around half a million subscribers, posting 3 to 4 episodes per week. The average age of its channel audience is 8 to 20 years, which is different from the average age of Saudi Gamer’s audience (15 to 25 years). This can be attributed to the fact that the latter broadcasts serious shows on the history of gaming, according to Jamil, co-founder of Saudi Gamer.

Malik Nejer, Lumink’s founder, revealed in the “Brand Management” panel that there is not a big enough market for cartoon in the Arab world and that the difference in the types and storytelling of online videos from those airing on TV is something new and different that has made them attract even more viewers, while Kaswara El Khatib, chairman of UTURN added that action, sarcasm, and humor are among the factors that have led to the spread of YouTube videos.

Check our chat with the founder here: