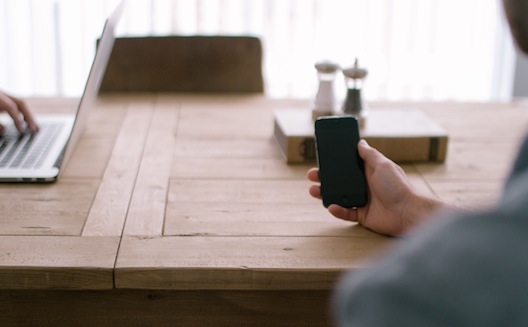 I sat down to talk with two mobile developers today. They were anxious to discuss the app they had been building over the past few months. Without sharing too many details, their app aggregates content for consumers—a “nice to have” tool that improves the everyday shopping experience. I say “nice to have” because it’s useful but not life-changing useful. Such is the nature of most mobile apps.

After giving me a demo of the product (which I liked), they showed me their marketing strategy, which was laid out on one of the investor slides. I scanned through the bullet points. Facebook campaigns, Google AdWords, giveaways, radio announcements, etc. “Oh no,” I thought. It was a scattered and hopeless strategy.

How was an app ever going to grow a user base by shouting nonsense at uninterested strangers on the internet? And those radio announcements? Who is going to hear about an app on the radio and then download it? If somebody actually did, they might download while driving and blame you for the car accident.

I refrained from saying these things out loud, and frankly, my two friends didn’t deserve much criticism. They are talented developers that had built an impressive product, but who lacked vision on a growth strategy.

I asked, “How many user email addresses do you have?” Their app was already on the market, they told me, which had allowed them to collect contact info for about 500 people. “Excellent" I thought. Five hundred is a good number.

The question becomes then, how do you achieve 10% growth every month?

First, perfect your product. If you already have 500 people signed up, try to get in touch with them. It’s actually easier than you may think to have one-on-one email exchanges with 500 of your users. Ask them what problems they are hoping your app will solve for them. What features do they need? Build user feedback directly into your product as frequently and as promptly as possible. In the words of Alex Schultz, VP of Growth for Facebook: “If you don’t have a great product, there’s no point executing well on growing it because it won’t grow.”

Second, help those users form a habit. Do you remember when you first signed up for Facebook? It was pretty lifeless if you compare it to Facebook today. If you were popular, you had about ten friends, and when one of them liked your photo, you received a notification email. The email told you about the ‘like’ and directed you back to your Facebook page. Facebook continued to send you these emails, but after a while, you didn’t need notification emails anymore. You formed a habit and used Facebook every day without any prodding.

So be like Facebook. Be present without being annoying. A little push will help your users to remember your app. All the millions of apps out there are competing for a slice of your users’ time. If they aren’t prompted to open your app, they probably won’t. But if you can get them to open it weekly or even daily, they will slowly develop new user habits. In Hooked, entrepreneur and author Nir Eyal assures: “Companies who form strong user habits enjoy several benefits to their bottom line.”

Build a product that users love and execute a strategy to help them form new habits. From there, growth will take care of itself. Users will tweet about you, the press will cover you, and friends will talk about you over falafel sandwiches. Word of mouth, which has a much higher conversion rate than any online campaign, will turn your 500 users into 5,000,000.