With every new lifestyle comes the need for a new technology to meet our needs in home and work. The 20th century’s move from motor focused technology towards electrical marked a huge turning point when it came to what was essential for our daily lives, both practically and personally.

Technical innovators of course didn’t let 2014 pass without making their mark. Even if we don’t need them at this very moment there is no reason why we won’t in the future. Here we recall some of the innovations that have changed concepts of technology. 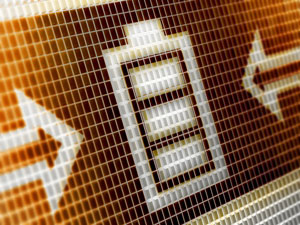 The search for solutions to store power in batteries poses one of the biggest challenges for electronic devices. As 2015 begins it seems that the future of this sector will be largely made up of chemical batteries that can store large amounts of power, as well as lithium-ion micro-batteries with nanowires, which can be recharged more quickly, and can, in principle, store 30 to 40% more power than other batteries. 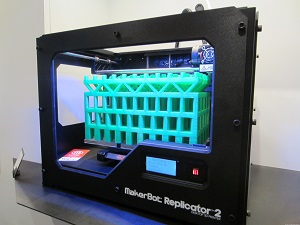 2014 saw micro 3D printing emerge as something not so odd and elusive. Its evolution has seen printing at different levels become available, using different materials, including plastic and metal, that have made it useful for printing and building huge structures. Using the micro technology to print such materials makes it possible to manufacture biological tissues, blood vessels, and ultra-precision equipment. Its advantageousness reaches so far that NASA wants to use it to print spare parts for its spaceships in space. 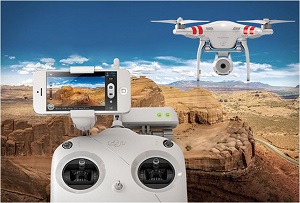 Once the exclusive plaything of the military world the drone has entered the civilian market, especially with the development of the Quadcopter technique was developed this year. Their small size and ability to manoeuvre and transport, especially cameras. Its uses vary between delivering items and postage to specific locations, capturing aerial images, tracking traffic, detecting agricultural lands in order to rationalize water consumption and improve production, and even selfies!

Personal drones are not the end of the line though, soon they will be working as sensors. Of course, the abuse of such technologies needs to be monitored also (invasion of privacy as one). 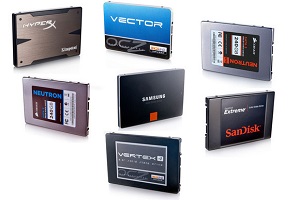 2014 saw tremendous advancement in this field. The Solid-State Drive (SSD) which competes with hard drives (HDD) for popularity witnessed progress in terms of its capacity to hold additional memory space faster and with less energy consumption, especially with the NAND-based flash memory technology, which allows automatic data storage even in the case of sudden power shutdowns. The SSD’s gradually decreasing prices also contributed to its wider reach into laptops and other devices.

Alternately the MicroSD memory also saw a boon with SanDisk producing in February a memory chip that can store up to 128 GB of data. 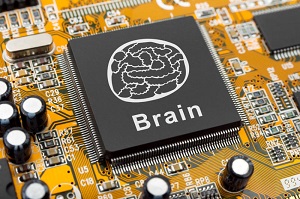 Microprocessors are increasingly able to work like a human brain with its advancement in artificial intelligence. Designed to process sensory data with images and sounds they are now more able to respond to the changes in these data in ways that are not pre-programmed. What that means? Machines will soon be able to understand things and interact with them like human beings by assessing the situation automatically.

While it might still be too early to talk about a comprehensive robot like the one in the 2004 movie ‘iRobot’, these processors can be leveraged by merging them with sensors and medical devices to track users’ vital data and response to treatments, or, to learn how to adjust doses or even detect diseases in their early stages. They can also be utilized in all electronic devices. 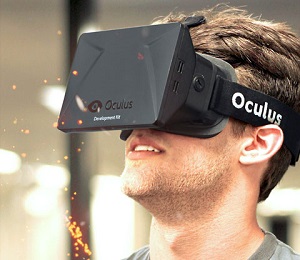 If ‘The Matrix’ wasn’t enough to convince you of how human entry into a machine was possible then 2014 might have changed that for you. Oculus has developed a headset that sends the user to a virtual world. Samsung cooperated with Oculus to issue a Gear VR version of this device that is compatible with its Note4 phone. Gear VR is nothing like the Google glasses as it completely separates you from reality. However, the development of this virtual reality headset is not only aimed at games, by using it doctors could operate on patients remotely while wearing it, and engineers could walk inside their designs virtually.

Devices that can read brain signals 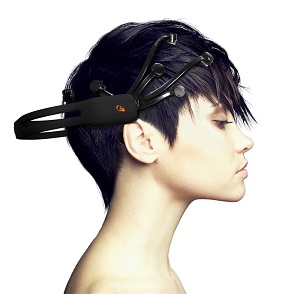 Helmets or electronic connectors worn on the head these devices allow computers to read and interpret brain signals. Although this concept is relatively old, it got closerto reality, and to the consumer in 2014. The most important thing about this innovation is that it has achieved several medical successes, and people who suffer from quadriplegia, complete paralysis, or brain strokes, are now managing to move their own wheelchairs. Also worth mentioning is what Lebanese students have achieved in this field at the Seoul International Invention Fair 2014. This technique allows the control of a robot arm, which creates great solutions in terms of moving prosthetics too. Additionally the technology provides the possibility of helping people who have lost their sight to restore partial vision. 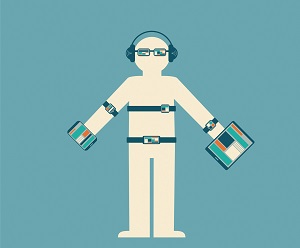 This concept may have materialized before 2014, but it certainly witnessed a tremendous development this year, starting with watches, bracelets, glasses and lenses all the way through clothes, shoes, and other devices. Some are used in the health and sports fields to track the human body’s vital data such as the heart rate, calories, body temperature, and other data such as distances achieved, while others have become complementary to the capabilities of human beings such as the smart Google glasses which can for example help doctors go through the patient’s entire health record and many information they may otherwise overlook during surgical procedures.

When it comes to the capabilities of these devices there are no limits, particularly when most of them are connected to other smart devices like phones and computers. Their impact on society is obvious, and as we advance, so do our behaviors as we become more reliant on them.