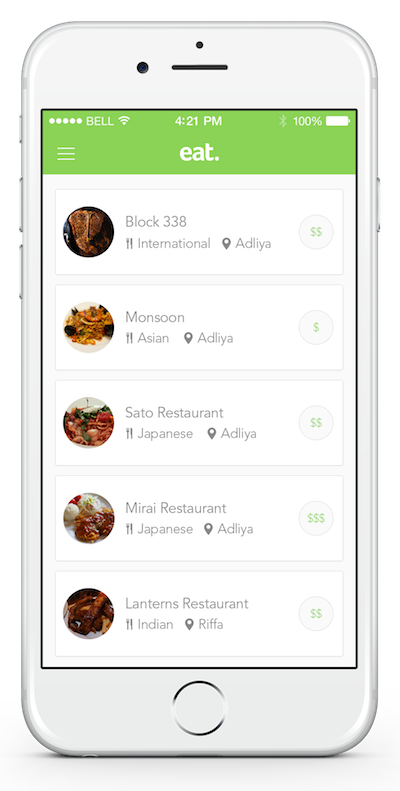 “After issuing 12 tokens, we had four investors buy four each [$75,000],” says founder and CEO Nezar Kadhem in an email to Wamda. Investors through Tenmou include Fawaz Algosaibi, Redha Fathalla, and Mohamed Almoayyed. All are Bahraini citizens and this will be their first investment in an internet startup.

Launched last March, the app is, in the words of its creator, a Middle Eastern version of the very popular OpenTable. Since launch, the app has seated 200,000 diners and lists more than 30% of Bahrain’s eateries, comprising largely of restaurants and hotels. The app reserves tables for clients by synching reservation requests with eatapp iPads installed at the listed restaurants.

Kadhem says that he noticed upon his arrival from San Francisco to Bahrain in the spring of 2013 that services similar to OpenTable and Uber were simply non-existent. “Even the most prestigious fine dining restaurants were still using pen and paper to manage their restaurants,” he says in a press release. “These next 18 months are going to be critical for growth and this funding round allows us to hire and ensure our momentum keeps growing.” At the moment the team plans to use the funds is to expand their user base in Bahrain, Dubai, Abu Dhabi, and Kuwait. 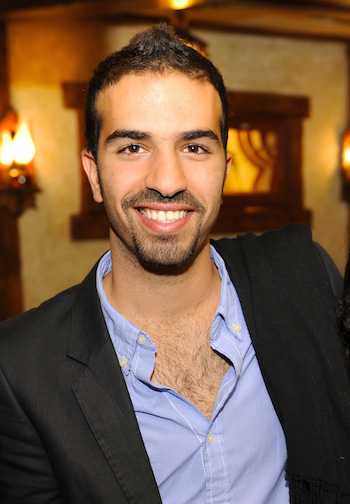 Kadhem tells Wamda that the process of raising money was both difficult and easy. One of the main hold ups was the Bahraini Ministry of Industry and Commerce not ever before having dealt with a request from an internet company raising a second round. “They had assumed we were selling existing shares in the company, and demanded a letter of resignation of shares,” he says. “We argued that we weren’t selling existing shares, we were issuing new ones to new investors. This argument required the input of multiple sources to be solved.”

On the other hand, “the investors had deep pockets,” says Kadhem. With each investor realizing the potential of internet companies and their ability to scale and grow in a short period of time meant that they had all agreed to invest at the first meeting with the startup.

While they couldn’t share the number of registered users and restaurants, they did say that the response had been overwhelming, covering a range of restaurants: from international chains “to a five star Wolfgang Puck restaurant.” Kadhem says that the exposure has helped them adapt their product so as to satisfy all segments of the market. “Eat can finally blossom into a real company, from a bootstrapped startup.”