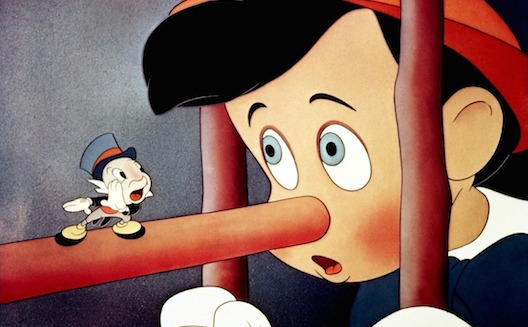 An experienced VC fund manager I have known for years told me recently that if a person does not know how to seriously twist the truth from time to time, he (she) cannot be an entrepreneur.

I have had numerous conversations with entrepreneurs about lying. All are against it, in theory, but in reality, most practice is to some degree. Some don’t like the term “lying”, they prefer to call it stretching the truth, or even “marketing”. But it’s clear, many entrepreneurs feel they have to embellish or twist the truth, or outright fabricate some friendly “facts,” to help level the playing field for their business.

Do you condone truth-twisting for entrepreneurs? Is scrupulously telling the truth a luxury that startups can’t afford? If so, should we teach entrepreneurs when and how to lie or should we hold startups to the same standards as we now hold the most mature public companies?

Some years ago I worked with an entrepreneur who was raising his first $10 million of VC investment (“Series A”), without which the company could not proceed. One key element in the investment pitch was a strategic relationship with a multinational customer. The day before finalizing the investment, the customer announced that they were backing out. I advised my friend to inform his investors, but he chose to let them know at the first board meeting after the money was in the bank. I don’t know how he told them, but there was no apparent negative fallout. Was I being naïve? “I might have lost the company if I had made a fuss over the lost customer.” Today this venture has strong revenues, top-tier venture backing, and is a strong IPO or acquisition candidate. Was it acceptable for this entrepreneur to lie to save his venture?

I worked with another entrepreneur who had his marketing team print brochures for new products using language indicating that products had been installed and field tested, when they were still under development. American corporate customers treated this with understanding, but Japanese customers were horrified to discover that the product specifications were hypothetical, leading to a crisis in trust. Eventually the company went to NASDAQ. Should whether and how we lie depend on the culture we are working in?

Thousands of entrepreneurs knowingly inflate their forecasts expecting that investors will “haircut” these forecasts by at least half, certain that they will be penalized if they don’t “play the game.” As one pioneering and successful (another NASDAQ IPO) entrepreneur told me, whose actual sales were off his initial forecast by a factor of about 50, “We had no idea: this was an entirely new market, so we just put down numbers that the investors wanted to see.” Is stretching the truth okay if the other side is expecting it?

One entrepreneur I know, whose FOPSE (For-Profit Social Enterprise) is in Africa, has adopted the “don’t ask, don’t tell” policy. He does not give bribes himself, but argues that, “we can only solve so many problems at once; I don’t like it, but that is the way some — not all — countries here work.” My friend structured pricing to distributors so that they had enough margin to make “facilitation payments” if needed. “Don’t ask, don’t tell” has been military policy for years: Is it good for startups?

When my two partners and I started our company, Triangle Technologies, in 1990, we stretched the truth about how many projects we had actually completed, and how successful they were. Over the years, we actually succeeded with enough projects that we could abandon the lying. It was a big relief. It was tempting to keep our marketing hype ahead of the reality, but gradually we felt that we could afford to be very strict about the truth. Is lying acceptable if you are committed to stopping when you can?

I don’t have the right answers, but I do know that entrepreneurial lying (whether we call it marketing or raising capital or negotiating or selling the vision) is more prevalent than we care to admit. I have yet to see serious discussion of it in either academia or the real world.

So let’s start it here: What do you think?