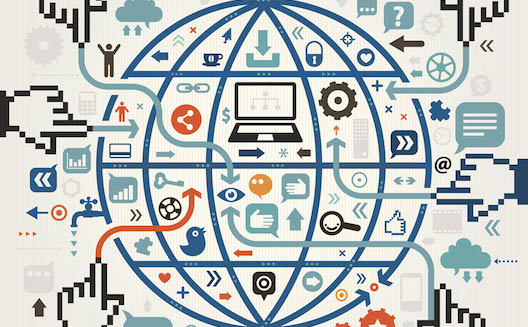 This article has been crossposted with The Economist.

When The Economist posted their 'special report on tech startups' Daniel Isenberg felt the need to step in and make a few of his own points regarding the state to tech startups today. Here it is.

The distinction between tech and non-tech entrepreneurship is false. Today, every business venture, entrepreneurial or otherwise, requires technology to be competitive, whether it is diamond trading, transportation, construction, or energy. There is nothing intrinsically more technological about Twitter and Facebook, say, than about Harley-Davidson or American Express. In fact, medical devices and alternative energy are arguably more technology-intensive, generically, than any of the report’s wide-eyed examples. Furthermore, for any business, anywhere, ignoring the opportunities and necessities presented by technology is backing light speed into oblivion, and no different than ignoring the existence of electricity or cars. And research is showing that as many, if not more, social and economic benefits of entrepreneurship accrue from non-tech entrepreneurship and that the new public policy focus on startups may be badly misplaced.

Entrepreneurship and startups are not one and the same. Many startups are not entrepreneurial and much entrepreneurship is not about startups. In 1999 Icelander Robert Wessman came home from Germany, took over a badly teetering generic pharmaceuticals company with one product in the market, poured his life savings and house into it (and a lot of outside cash) and within eight years grew it 100 times into a global leader with 11,000 employees, 650 products, operations in 40 countries, over $2 billion in sales, and fifth in the world (ACT, now number 3, market capitalisation of $30 billion, not too far from Facebook’s about a year ago). In 2001 Ron Zwanziger founded Inverness Medical (now Alere) out of the leftover assets from the $1.3 billion sale of his glucose-monitoring business (OneTouch) to Johnson & Johnson: today Alere is worth $3 billion.

There is a startup traffic jam. What seems to be clear is that there has been a sharp increase in the ranks of tech starts, a trend that may continue. What is less clear is whether this is generally beneficial to entrepreneurs or society, contrary to what the report strongly implies. Leaving aside whether iPhone-based lute-tuning is a market-maker (we’ll let the market sort that out), it is very likely that the on-ramp of startups has been jam packed, while the actual speed on the highway has not been impacted at all. In fact, the entire highway just may move more slowly as a result of the startup glut—that is, firms that have the wherewithal to scale into socially and economically valuable ventures, may just be slowed down by the on-ramp traffic build up, the hype, and the valuable resources startups tie up.

Scaling up is vastly harder than starting up. What is much more certain is that, as anyone who has tried, as I have, can tell you, starting up a venture is just the first baby step on a long hard trudge to scale up. But without the ability to scale way beyond start, all the blood, sweat and tears (and money) will be flushed right down the drain. The Economist does warn us that starting up a venture is back breaking, but that start is such a short leg of the journey: back-breaking during your first months is nothing compared to running the entire marathon with your startup-broken back. It typically takes a decade or longer, not months or a couple years, to build a venture of value, with any semblance of robustness and return. The few that pop through in a few years are by far the aberration. For that matter, Silicon Valley may be the aberration.

There is little fundamentally new in entrepreneurship just because some of it happens faster. Everything happens faster, all the time, and almost always has. Entrepreneurs, as long as there has been human society, have always raced to take advantage of inefficiencies and overlooked opportunities to do something that in prospect looks startlingly wonderful and in hindsight kind of obvious. Three millennia ago Phoenician entrepreneurs set sail to build global businesses base on innovations in stellar navigation, silver ore extraction, and marvellously fast Tyrian purple dye extracted from shellfish bile. Entrepreneurship is always surprising: in fact, if it’s predictable, it probably isn’t entrepreneurship.

There is nothing new about starting lean. That is how my grandfather and generations before and after launched their businesses—know your customer, take small incremental risks, adjust your products as you go, and be capital efficient. That’s what I learned in the early 1980s from Stef Wertheimer, who sold his wholly-owned Iscar to Warren Buffett in 2006 for $6 billion in cash: work hard to get one fantastic customer by knocking his socks off with your product, and don’t monkey around with fancy finances until you do. It is uncalled for to “discover” a “new” form of entrepreneurship just because of the venture capital excesses (known only with 20/20 hindsight) of the late 1990s. And most ventures that scale big fast need substantial capital in some form, anyway (bank debt as much as risky equity capital). Maybe in a few years someone will write a book about fat scale ups.

Platforms are all around us. Every city planner knows that one of the biggest economic development platforms is the metro system around which blossom huge ecosystems of work, life and play. Walmart is a platform for thousands of suppliers, as are the movie industry in Hollywood and fresh water in Wisconsin. Malls are platforms. Just because the platforms are digital doesn’t make the phenomenon fundamentally new.

Finally, entrepreneurship is extraordinary value creation and capture, which almost always entails a few people taking a scary personal risk on some assets (ideas, reputation, cash, or whatever) which the market undervalues. The entrepreneur is almost always swimming against the current. There is no explosion suddenly pushing him or her along, Cambrian or otherwise. The Silicon Valley “model” has been around for about a century, 541.999 million years after the Cambrian “explosion” that took 50 million years, give or take 30 million. If indeed it did happen at all.