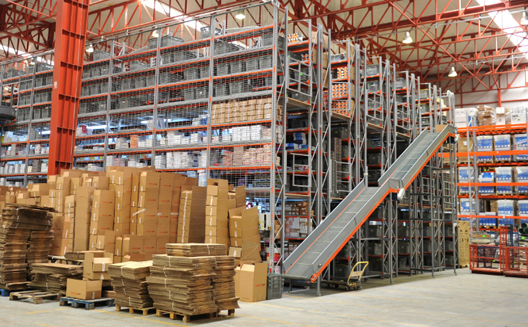 The Abraaj Group has acquired a 25% stake in Hepsiburada.com, one of Turkey’s largest online retailers. The investment will allow Hepsiburada to expand its e-commerce operations in Turkey and consolidate the company five warehouses in a new 100,000 square meter facility. Abraaj officials declined to discuss financial details, but the Financial Times reported it was worth $400 million.

Hepsiburada is one of Turkey’s largest and oldest online retailers. It was established in1998 as a vertical e-commerce player that focused on IT hardware. It has since diversified and nowadays offers 500,000 products in more than 30 categories. According to a statement from Abraaj, Hepsiburada’s revenues grew 25-fold over the past decade, and its online retail website gets more than 14 million unique monthly visitors and more than 1.5 million unique customers per year. The company is owned by the Dogan family.

“Our goal at Hepsiburada is to offer a simplified and improved shopping experience to Turkish consumers by providing them with the full gamut of products they need at competitive prices and with value-added services,” said Hanzade Dogan Boyner, executive chairwoman. “Looking ahead, we are launching our new marketplace platform in early 2015, fully accessible to third-party merchants, which will underpin the inevitable transformation of the Turkish retail sector.”

The transaction marks Abraaj’s ninth investment in Turkey since 2007. As part of the deal, Abraaj will also invest in Evmanya and Altincicadde, two subsidiaries of Hepsiburada that sell home accessories.

“The online retail sector in Turkey has been growing seven times faster than store-based retail since 2007; however online retail penetration in the country is still low at approximately one fifth of the European levels,” said Selçuk Yorgancıoğlu, partner and regional head of Turkey and Central Asia at The Abraaj Group. “We feel that there is immense opportunity for the e-commerce space to continue to grow, in terms of product offering and best in class infrastructure for a better shopping experience.”

The Abraaj Group is a private equity investor that manages a $7.5 billion portfolio across more than 20 regional, sector and country-specific funds. It focuses on growth markets in Africa, Latin America, the Middle East, South Asia, South East Asia, Turkey, and Central Asia.