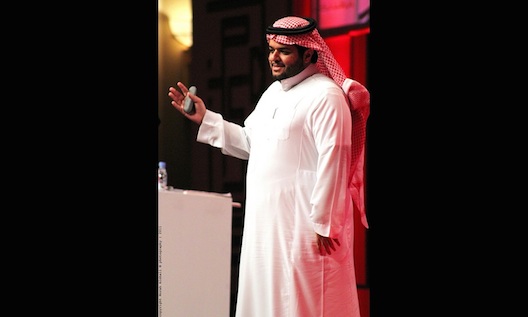 This article has been crossposted with Firnas.org.

Many entrepreneurs can be stalled by one thing or another. Perhaps one of those things stalling young Arabs the most is the psychological barrier, the constant wondering: I don’t have an idea, projects need big ideas, I haven’t got a single one yet.

Well, let’s ask again: Did you think of a problem that your community is facing? Did you try to develop a service that is already available but in a different manner? Did you think of facilitating an existing service? All these questions are keys to projects that haven’t been yet exploited and they are great means to creating businesses.

In 2008 Jihad El Ammar thought to connect users and developers by creating Qaym, a restaurant reviewing platform where visitors would rate the establishments they visited. The platform has an API from which other programmers are able to take the data generate, and use it on their own apps.

After Jihad El Ammar thought in 2008 of how to connect users with developers and allow them to exchange experiences, he thought of creating a space where users can meet to talk and share their experiences regarding a given product, whereby it would be a platform that brings together consumers and products.

At this time the ecosystem in the Arab world, and Saudi Arabia in particular, wasn’t mature enough to support internet-based projects and ventures, making it difficult to establish an online business. This wasn’t Silicon Valley.

During a talk with Jihad El Ammar, who is now also a member of the Mobily Ventures fund, the young Saudi told us about his project Qaym, the investment scene in the Kingdom, and the obstacles preventing entrepreneurs from receiving funding.

Firnas: What did entrepreneurship teach you?

El Ammar: There are certainly many lessons I learned. Perhaps the most important of them is that the road to success when establishing an online business in the Arab world is different from that in the rest of the world, and certainly different from that in Silicon Valley. The ecosystem in the Arab world isn’t mature enough to support the establishment and expansion of online companies, this imposes certain business models on startups here.

For instance, when an Arab entrepreneur reads about the success story of a company such as Instagram and tries to go down the same road, he might be surprised that $57 million had been invested over the three years that preceded its acquisition by Facebook, while here in the region, there’s unfortunately no liquidity available in these amounts to support online startups, and that’s why it wouldn’t work.

Firnas: What are the common mistakes entrepreneurs make when pitching their ideas?

El Ammar: There is key information that the investor looks for when considering a project. From the idea to the capacities and experience of the founding team, the size of the target market, competitors and what distinguishes the company from them, the project’s performance so far (if it has been already launched). Some entrepreneurs don’t provide complete information or rather focus on one side while neglecting the others.

Firnas: Do you think entrepreneurs lack knowledge in financial matters?

El Ammar: This varies from one entrepreneur to another. Some might really lack basic information such as how to structure investment, while others will surprise you with their deep knowledge. There’s no doubt that the more effort the entrepreneur puts into reading and reviewing details related to getting investments (things like company valuation, business model details, experiences of other local and global companies that work in the same field, etc.), the more he or she earns the trust of the investor.

Firnas: Do you think investors should offer services beyond the financial aspect?

El Ammar: There is no doubt that an investor should offer more than just financial input. The best investors are the ones who try to add a value to the startup by introducing it for instance to potential investors and customers and enriching it with experience, guidance and mentoring.

Firnas: For an investor, what's more important: team or product?

El Ammar: The team is what’s more important, followed by the size of the market, then the product. In startups, the product can keep developing and changing until it reaches its best version. If the company has a good team, it will be able to pivot and develop the product based on the customers’ needs.

Firnas: How do you evaluate Arab venture capital funds?

El Ammar: The field is still shy unfortunately. There are good initiatives here but the market needs much more than the funds currently available. It also needs investors to be bolder and more forward.

Firnas: What is Mobily Ventures looking for in startups?

El Ammar: The fund aims to invest in startups in the Arab world specialized in ICT. We look for companies that have great products in fields that we can support with our capacities and experiences. We also invest in them a sum of money in return for a share of the company. Mobily Ventures targets startups in the growth stage, i.e. after they have launched their product, figured out their business model, and started making revenue from their customers. Mobily Ventures invests amounts that range between one and ten million riyals in the startups it selects.