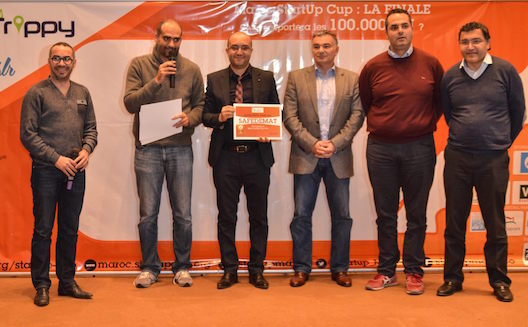 There’s more to Morocco than Casablanca and Rabat. At least, that was Startup Maroc’s message when it organized the finale of the second edition of StartUp Cup Maroc, the Moroccan chapter of a business plan competition, in Khouribga, a town of 200,000 about 120 km southeast of Casablanca, on Saturday 21st of February.

And by the time the event was over, SafeDemat, a software developer in the dematerialization field, was selected to receive 100,000 dirhams [roughy $10,000], a year of cloud storage courtesy IBM, and a spot in IBM’s SmartCamp competition and in Enpact's contest.

The event marked the end of an eight month program during which 30 startups were pulled from a pool of 165 candidates for guidance and advice. It was powered by the OCP Entrepreneurship Network, and supported by HP CDG, CIH Bank, the CCG, and Technopark. The program consisted in workshops on building and sharing an attractive business model, highlighting the way a product/service meets a need or solves a problem, defining a target market, and developing a sustainable financial model that works with the business model. 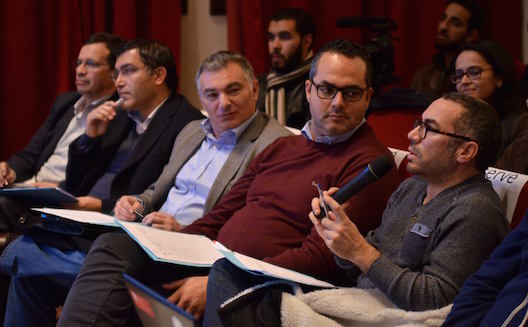 The jury in action

Seven startups were then selected to take part in the finale:

The diversity of applicants was noteworthy, according to event co-organizer Zineb Rharrasse.

“We receive many applications of startups that weren’t part of the ecosystem. We saw a lot of new faces. This is interesting because this gave them visibility and let them connect with the rest of the ecosystem,” Rharrasse said.

Aline is French Editor at Wamda. After having worked as the Online Marketing and Community Manager at a French startup, she moved to the Middle East. You can follow her on Twitter @aline_myd, connect with her on LinkedIn, or reach her at aline[at]wamda[dot]com.