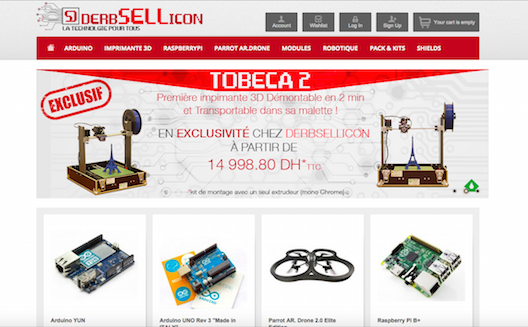 Being a maker, someone who creates electronic and robotic hardware, is not easy in Morocco. Buying electronic components is a hassle, and “making” things is still a misunderstood activity due to a lack of media interest and success stories. Fortunately three friends want to change this.

Jalal Ait el Harch, Ayoub ElQotbi, and Zakaria ElQotbi have launched Derbsellicon, a cleverly-named online shop for makers. Derbsellicon pays homage to Silicon Valley and the "derbs,” those small shopping streets in Morocco’s medinas that are dedicated to a single profession. But it also refers to the verb to share, “derb” in the Moroccan dialect.

Like many hackers and makers, the ElQotbi brothers had to go through many hurdles to buy material for their hardware. The first challenge was financial since Moroccans can’t buy more than 1000€ in foreign currencies (approximately $1,052 USD), making it difficult to buy from abroad. Then there were administrative challenges to deal with, as each package has to be checked by customs then be validated by the recipient, who then has to pay multiple taxes. The whole process is slow, unpredictable and expensive.

The two brothers and their friend decided to launch Derbsellicon by the end of 2013 and turned it into a company in August of 2014. Unfortunately, even as an import/export company, bringing material into the country is still not easy.

“There’s a law [on what can be imported] but it’s really vague, and doesn’t mention robotic and 3D printing. It all comes down to the customs agent,” explains Ait el Harch. All the products (except for drones) make it to Morocco, he clarifies, but it’s impossible for the team to know how much time and energy each import will take. The process is so lengthy at times that clients no longer need the product by the time it enters Morocco.

Still their main challenge is in administration: “They say we have to get an authorization to import, but they don’t say from whom.”

To solve these problems, the three friends have extended shipping time and have built a small inventory of the most popular items like Arduino, Raspberry PI, HC-SR captors, and gyroscopes.

Since they launched, they’ve made more than 200 deliveries of over 400 products, mostly for students and makers, but also universities, companies, and even a fashion designer. Revenues aren’t enough for the cofounders to live on, but that has never been their objective. 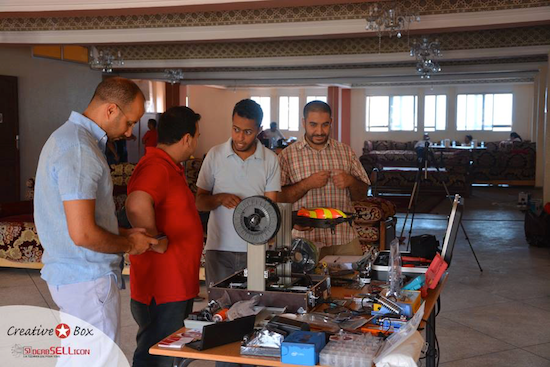 During the Derbsellicon is Back event.

“We have an eshop component, but also an education component, and a sharing component,” Ait el Harch explains. “We want to promote electronics and tell people: you can give life to your craziest ideas easily.”

After organizing an event dedicated to making things, the team wants to go one step further. The trio plans to start a podcast, and to organize a caravan dedicated to hacking during which they’ll use to visit the kingdom’s different regions for two weeks at a time to show Moroccans what making is. This initiative will be in conjunction with Morocco Makers, a community based in Casablanca, Tangiers’ FabLabs, and the first initiative in Morocco, the Sahara Labs.

The next step in developing the maker and hacker culture in Morocco is to launch Made in Morocco hardware.

“I don’t know lots hardware objects born in Morocco,” said Ait el Harch “We’ve been taught to get a stable job, not to be creative. There is a lot of creativity in Morocco but there isn’t the ambition required to create an object and then develop it up until the end.”

As far as he can recall, the only ones are the team behind iMote, a smart key ring. Now the three friends are set on joining iMote with a project they’ve been working on for the last three months: Antheia. 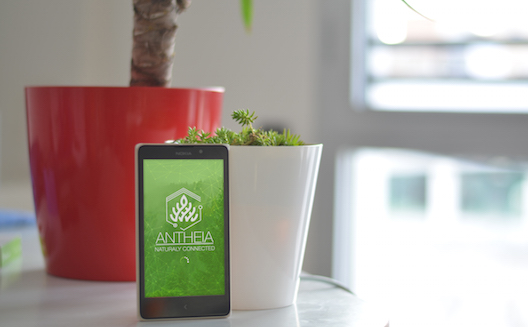 Antheia is a connected device that monitors a plant’s water needs. This monitor will come in three models: a connected pot for the home, a small greenhouse to grow rare plants, and a moisture sensor for the professionals.

“Moroccans are used to having plants at home,” Ait el Harch explained.  “Our generation is more focused on work and material things, we forgot this part of our culture,” he continues.

And he’s living proof of this.

“I like plants so one day a friend brought me an orchid. Sadly, I didn’t know it had specific needs in water, and the plant died. So I wondered: what if the plant could tell me what she needs?”