Having been a part of Dan Stuart and Sohrab Jahanbani’s team back when they cofounded GoNabit, the first online group buying website in the region, it was clear to me that the two had a great connection. 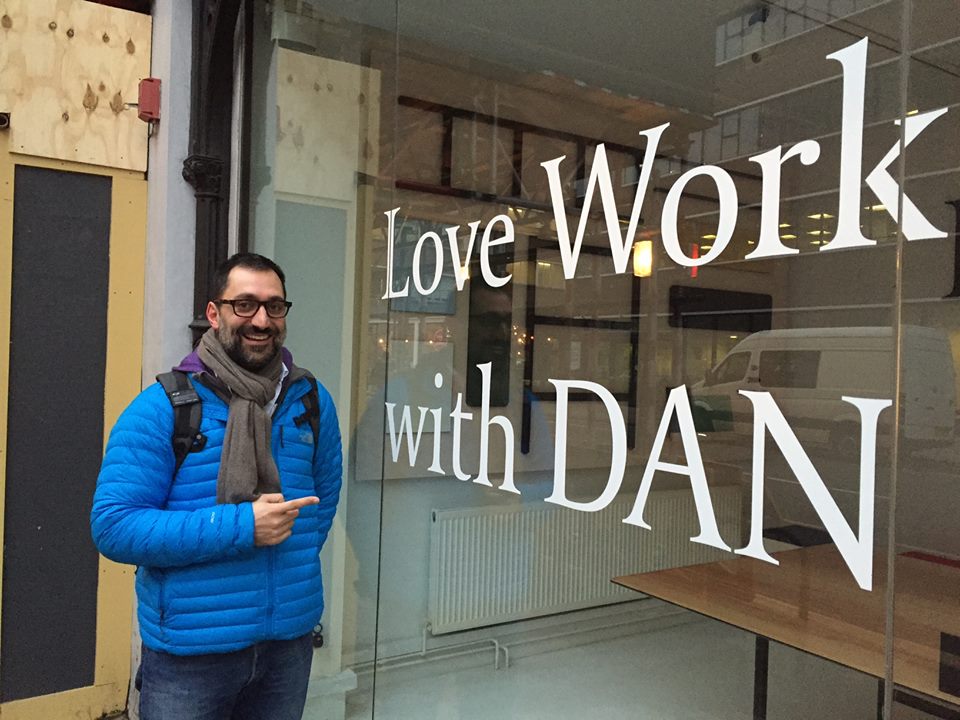 After the site was acquired by LivingSocial, then shut down a few months later, the two went their separate ways. Stuart moved back to his hometown in Canada to be the Senior Director at LivingSocial; Jahanbani stayed in the region and became the COO of ecommerce site MarkaVIP. “I felt we still had some really great [things] to do with LivingSocial, and it was the chance to work with the North American team,” commented Stuart on the reason why he joined LivingSocial Canada.

Seven months ago, the two were reunited to work on Bidvine, a platform currently operating in London, that links service providers and customers. Despite working from two different time zones - Stuart in Canada and Jahanbani (who is the CEO) in the UK – they managed to maintain a healthy communication.

Although it’s based outside the region, their startup received investment from different regional parties including Mena Ventures Investments, Wamda’s CEO Habib Haddad, and Amir Farha, Managing Partner at BECO Capital. “We really appreciated their trust and support. The trust they had in us and the vision for what we are doing, and to support us even outside the region has meant so much to us,” said Stuart.

Talking to Wamda he discussed how the two overcome arguments as cofounders, how they communicate remotely, what lessons they learned after closing GoNabit, and shares advice on how to find a cofounder. 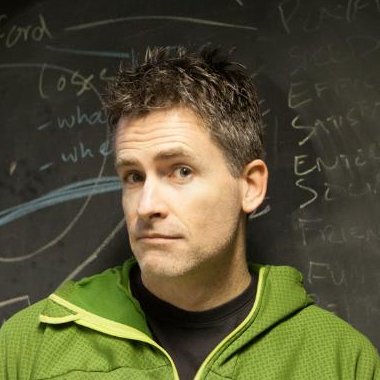 How often did you disagree with each other while working together on GoNabit?

Rarely. We essentially functioned like co-CEOs and probably our titles should have reflected that. Early on we agreed that one of our company values was “Be the CEO of Something” and this meant taking ownership and owning the delivery of objectives. Everyone in the company owned something, and everything needed an owner.

What I remember is that we trusted each other to own our areas of the business, and we sought guidance and feedback, but ultimately owned it. After some back and forth we knew that the other person accepted the responsibility of whatever it was that we were discussing, and that we trusted them to deliver on what they said they would, but also to make the right decision along the way if they needed to. If anything there were probably a few times when we didn’t argue enough. In a few cases I probably stuck to decisions that turned out to be ill-advised and ideally Sohrab could have come back from the future to tell me not to do it, but we were both working off of the same information and trying to make the best decisions. Trust was, and remains, just such a big part of our partnership.

Do you think it’s important for cofounders to fight?

If you never disagree then you are always both right, don’t have the brains to know better, or don’t have the guts or care-factor to say it. You have a partner to pool knowledge and do more than you could alone – but also to add a fresh and consistent perspective to key decisions. Do you need to fight? I don’t think it’s ever helpful…but you do need to care enough to discuss things and weigh decisions and be smart enough to have a meaningful opinion on the subject. If this turns into a fight then I think some other issue, frustration or resentment is at play – and that is a major worry for the partnership.

What do you advise entrepreneurs who are looking for a cofounder?

If you aren’t aligned in terms of what you will commit to the business, what you want out of it, and the stage you are at with regards your willingness to take on risk, then move on. I almost partnered once with a great guy, super smart, would have been a big asset, but he wasn’t interested in committing like I was. It quickly became a no-go for me.

I also look for a history of getting things done and not just talking. In any entrepreneurial endeavor you need to deliver, not just play startup. Also, in my own experience, I have only considered partnering with someone if they are super smart, and they think the same of me.

Ultimately, you should need a cofounder and not simply want one. If you don’t need one, or know one already, then wait. You are better off with no one then the wrong one because the legal and financial commitments you make to the wrong person create crippling issues for your business.

What lessons did you take from your experience at GoNabit that you’re now applying at Bidvine?

What are you willing to invest your time in? The older I get, the more I realize that my time is an investment. I can only invest in so many places, and it needs to be something that I am willing to do and a place to invest time that prevents me from doing it elsewhere. Are you willing to give up exercise, dinner with friends, time with your kids, a stable place to live, owning a car, going on vacation, buying the latest gadget, relying on someone else to carry you for a while at work? These are the questions I asked myself this time that I didn’t know enough to ask the first time.

To say ‘yes’ means to commit to this team, to this partner, to this market, to this idea and to this timing. You can’t be sure that you will succeed but you can be sure that this is how you want to invest your time – and use this commitment and passion to get others to invest that in you and what you are doing.

Also, the second time around people expect more and expect it sooner. There are many expectations, but admit that you still know very little and learn every day. Great people help you learn, so find as many as you can [afford] to join you 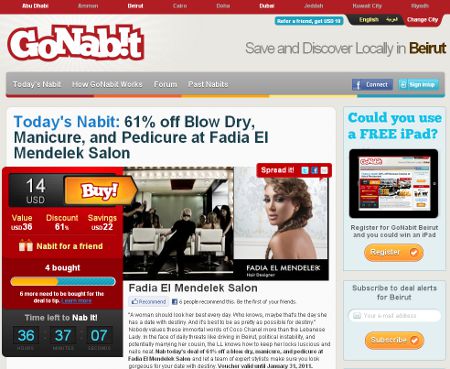 What challenges do you face with the logistics of communication?

We communicate over email, Skype and Slack. We have less incremental context on a day to day basis than we used to have, but Sohrab, especially, used to travel a lot with GoNabit, so I didn’t see him that much anyway. The first time though this would have been tougher, but we trust each other to get on with it. It’s nice that he is CEO this time so he can do all the legal and accounting too!

Does launching a local provider matching service come from a personal need you discovered after moving back to Canada?

The idea emerged over time when I was struggling to find people and Sohrab was also, but each with a slightly different context. We agreed that a) there must be a better way, b) there was something to publishing a goal and using that goal to help find someone to help you get there, and c) there was value to both groups of stakeholders to make this match and reach this goal.

For me – or really for my wife – we renovated our house completely, and looked for piano teachers and an Arabic tutor for our kids, and the process hadn’t changed since 2000. Clearly, there was an opportunity for a better way.

Do you want to come back to the Arab region in the future?

I am back almost every year. My wife has family in the UAE and Lebanon of course. I was back in August last year in both Lebanon and Dubai briefly. I mentor at Flat6Labs in Abu Dhabi as well. In terms of moving back to the region, well, when I moved to Kuwait I planned to stay for one year - I stayed for three, and spent the rest of a decade in Dubai…clearly my ability to plan is not very good so I won’t say that it won’t happen.