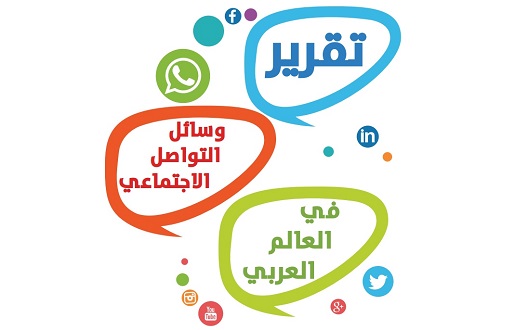 Arabic online content is still scarce in the Middle East but social media users are making up for the shortfall, two new reports have found.

Digital Media Science and the Arab Social Media Influencers Summit (ASMIS) have released their 2014 findings on the trends and behaviors of internet and social media users in the Arab world. The two reports stressed the ways in which life has changed since social media became popular means of communication. 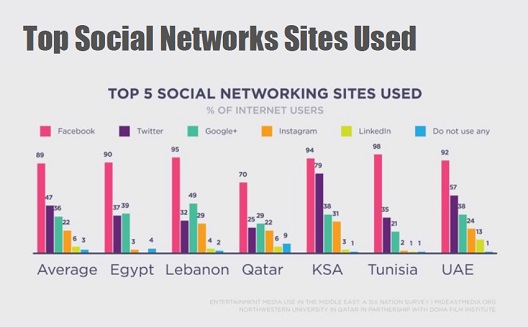 The Digital Media Science report focused on Egypt, Saudi Arabia, Kuwait, Qatar, UAE, Lebanon, and Tunisia. It noted that 42 percent of the Middle East population use the internet and of those more than 88 percent use social media on a daily basis.

Social media networks are among the most visited websites in the region:

Almost three-quarters of all tweets are made in Arabic.

Egypt, one of the Arab countries with the largest population, has the lion’s share of social media users in the region with 40 million users (22 million of which are on Facebook alone).

Demographically, Digital Media Science found that 65 percent of social media users are men and 36 percent are aged 18 to 25. People aged between 30 and 40 have jumped on the bandwagon in an attempt to keep up with technology developments. 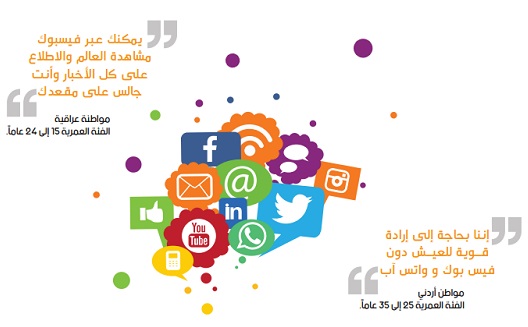 The Influencers report found that one-third of users spend less than 20 minutes per session on average when using social media, while five percent spend more than four hours per session.

This report, however, found that the second most-used social network was WhatsApp, after Facebook, and in Saudi Arabia and the UAE, Twitter was the lowest-used network.

Over half of social media users in the Arab world use social networks mainly to connect with others, while obtaining information, watching videos, listening to music, sharing photos, and following news came as the second most important reason for social media use at 12 percent.

The report showed that 66 percent of social media users in the Arab world use YouTube on a daily basis. 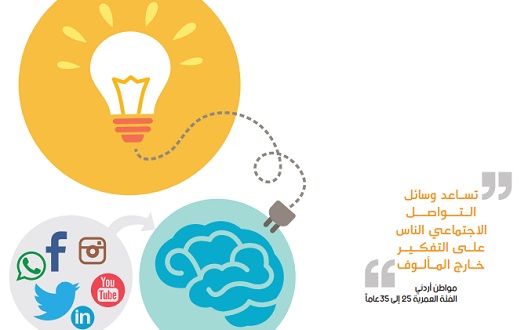 The smartphone revolution in the Arab World could be a major reason for the rise in social media use, particularly by young people.

Three-quarter of mobile ads are on iPhones, while the highest click-through rates in the region were registered between 6-8pm.

The Influencer report suggested that 83 percent of internet users browse their social media accounts through their smartphones, followed by laptops whose users didn’t exceed 11 percent.

But social media use is not all good, and neither report overlooked this aspect. Both suggested social media has become a main reason for laziness, browsing inappropriate material, family breakdown, and access to misleading and inaccurate information.