Aramex has published a report, in collaboration with Wamda and the American University in Cairo (AUC), on Azza Fahmy an Egypt born luxury brand of jewelry. It boasts a high-profile clientele including the Saudi royal family, the Jordanian royal family and certain western iconic figures, such as supermodel Naomi Campbell. This report analyzes and focuses on the rebirth that transformed Azza Fahmy from a local company into a global luxury brand.

Company namesake Azza Fahmy herself worked as an apprentice to a master jeweler in the 1970s in Cairo. After refining her skills in the United Kingdom, she returned to Egypt to open her boutique called El-Ain Gallery in 1981. In 2003 she turned her operation from a small workshop into a full-scale factory just outside of Cairo. Azza Fahmy’s products are inspired by Egyptian and Islamic culture, with a signature use of filigree and the use of both gold and silver in the same piece. Unlike other products, Azza Fahmy goods are not sold according to the weight or number of carats, because a significant part of the value is based on the design of the product.

The rebranding campaign started when Azza Fahmy’s daughter, Fatma Ghaly, took over as managing director in 2006. She overhauled the company structure and marketing strategy. There are four prominent aspects to Azza Fahmy’s strategy. First is its frequent collaboration with well known designers with the express goal of being featured in industry trade shows. This provides the brand with industry legitimacy and access to important trade shows, while collaborators benefit from inspiration from a different culture and a presence in the Middle East. 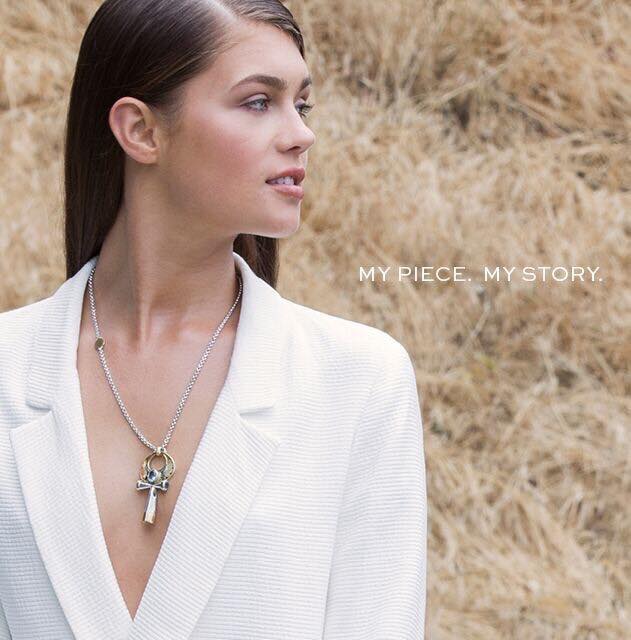 The second aspect is its strong online presence. Azza Fahmy established a presence in the fashion capitals of the world, focusing on Europe and the United States. It does not ignore its Arab market, thanks to its residents' wealth and interest in jewelry. Nonetheless, the brand’s leadership believes that enhancing its western presence will improve its sales.

The third aspect involves limiting the distribution of its products to only a select number of outlets. That is why the brand’s products are only found in upscale outlets such as international hotels. The final aspect is its focus on marketing, as the brand fosters a close relationship with media to make sure it is featured frequently on prestigious outlets.

As of the writing of the report, Azza Fahmy has 185 employees, with 60 involved in production. It produces more than 5,000 jewelry pieces each year. It also has an online boutique, five stores in Cairo, two in Amman, and a pop up shop in Washington, D.C. It’s workshop is located in the industrial zone of Cairo. Increasing production takes a significant amount of time, as employees follow a traditional master and apprentice system. Becoming a master jeweler takes a significant amount of time so Azza Fahmy developed an incentive to motivate the masters to train apprentices. Once an apprentice becomes a master, his former teacher receives a bonus of 5 percent of his income for the rest of his life.

Azza Fahmy has met challenges in achieving its goal of becoming a global luxury brand. As of September 2013, exports only make up 30 percent of sales. However, instability in Egypt starting in 2011 has made business more challenging. This was exacerbated by the repeated Egyptian government's ban of gold exportation. Local sales also suffered from the instability, but overall the brand recovered quickly and adapted to the new environment. For example, it focused more on social media when it realized that traditional advertising would not be as effective amidst the turmoil.

To move forward, the report notes that Azza Fahmy will need investments. The company has been fully self-financed so far, and will have difficulties expanding without external investments to increase production capacity and to increase its marketing.