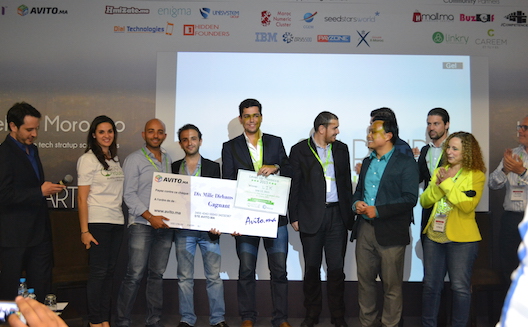 A revolutionary idea is not enough to ensure the success of a startup - it must also target a broad enough customer base and solve a problem.

“I already had an entrepreneurial experience, but it wasn’t successful. It was a luxury service targeting a very small niche without solving any major problem,” Bargach told Wamda.

So when he cofounded Lik with Omar Kadiri, and Yassine Faddani, the startup that won the Level Up Morocco competition organized by Startup Your life in June 12 in Casablanca, they worked instead on solving a common problem among many young Moroccans: how to communicate more without spending more.

Lik is a mobile application that provides free phone credit for users who agree to display advertisements on their smartphone when receiving calls.

Contextualization is based on categorizing user profiles by language, age and gender, among other factors. Added in to that is the true ‘context’ of the moment which involves looking at the time of day and location of the user, and ads can be fully targeted to users. For example, a user near a mall at midday might receive ads from a neighboring restaurant.

“When we met our application’s users, they told us that they saw advertisements constantly, every day, and everywhere, without any advantage for them. With Lik, they can finally benefit,” Ismail said.

Launched only three months ago, the application has already attracted more than 100,000 users. 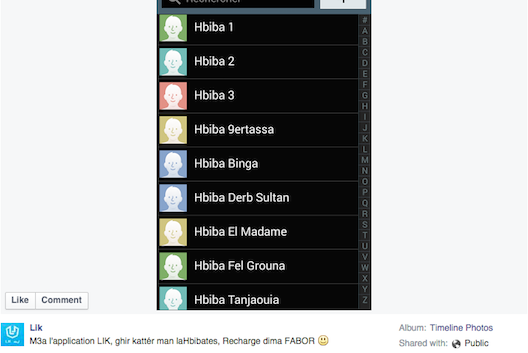 Ismail Bargach insisted that the startup has not invested one penny in marketing. Instead, it invested in building a community by setting up a sponsorship system that provides users with free phone credit. “This requires a significant budget,” he said, but worth it.

At the risk of appearing misogynous, in April Lik published a photo that found great success that said, “With Lik, you can have more than one lover, and phone credit will always be free!” The result: more than 14,600 Likes and 1,270 Shares. The cost: zero Moroccan dirhams.

Last May, Lik was chosen as one of the 28 most innovative startups during the Collision Conference in Las Vegas. In Morocco, Lik won the Level Up competition in June.

And even though obtaining funds has greatly helped the startup’s development, Bargach is convinced that this is not a must. In less than five minutes and with less than 50 euros, you can buy a domain name, create a landing page, get traction through your contacts, and amend your concept based on users’ feedback. “You no longer need millions of dirhams to launch an enterprise,” he said. 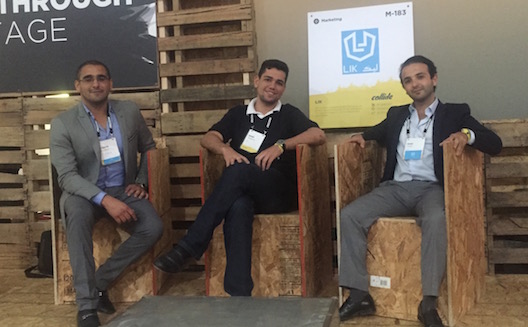 A lucrative and social model

While Lik’s economic model does not seem like a social-impact enterprise at a first glance, the cofounders see it as a powerful tool of civic education.

“The concept focuses on sending advertisements to users when it has their full attention. These advertisements may as well be messages by non-profit organizations,” Kadiri said.

The contextualization function means Lik can encourage young people to save power and water during critical hours of the day and even raise their awareness on diseases such as breast cancer and HIV when they are near a health screening center.