Mouayed Makhlouf is the International Finance Corporation's (IFC) director of the Middle East and North Africa region. With a staff of over 200, he is responsible for IFC's investments and advisory programs in more than 20 countries, to support economic development of the private sector. Here he explains why the public and private sectors need to support MENA's SMEs.

When a foreign investor bought the ground-breaking Kuwaiti internet company Talabat earlier this year for $170 million, a cheer went up through the region’s technology sector.

The deal underscored the vast potential of startups in MENA leaving both entrepreneurs and investors giddy about the future.

But the takeover was the first of its size since 2009 when Yahoo! bought one of the region’s most popular websites, Maktoob. That deal was also supposed to herald the start of a new era for the tech sector, one that hasn’t fully materialized. 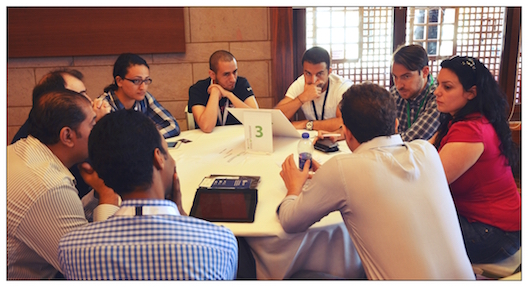 A group of entrepreneurs discusses the challenges that their businesses face at Wamda Mix N' Mentor Cairo. (Image via Mohamed Essa/IFC Photo Library)

Talabat, an online food delivery service, has proven that local startups can make it big. The question now facing policy makers and the businesses community is this: how can that success be replicated more frequently?

During the last decade, small "Silicon Wadis" have popped up all over MENA. These pockets of technological innovation - located in places such as Dubai, Lebanon, Jordan, Egypt, Tunisia and Morocco - have given birth to everything from smartphone apps and wesbites, to video games.

But the tech industry hasn't taken off here like it has in other parts of the world.

That's because technology startups, like most small business here, face a host of challenges. They often struggle to attract investors, secure loans, find talent, and protect their intellectual capital. Many smart, talented entrepreneurs will fail not because their ideas are bad but because MENA countries, especially those outside the Gulf, don't have the right support systems.

Arguably, the region’s biggest priority should be helping SMEs access loans and other vital forms of financing. According to IFC estimates, SMEs make up the vast majority of businesses in MENA but receive just 8 percent of all bank lending, meaning most will never get the financial backing they need to flourish. One study by the IFC revealed that the average small business needs an extra $62,000 to thrive, while the average medium-sized business faces a shortfall of $680,000.

We can change this by channeling support – both financial and technical – to the region’s banks and microfinance institutions. By investing in lenders, international institutions, such as the IFC, and private investors can broaden the pool of capital available to entrepreneurs. We can also help banks improve internal procedures such as risk management, which will bolster their bottom lines and allow them to reach more clients.

Governments have an important role to play in this process.  It is most important to create the necessary ecosystem or enabling environment to support and sustain entrepreneurs and startups.

In MENA today, there are several initiatives encouraging entrepreneurial activity, and this number has grown significantly over the decade. However, initiatives alone are not enough to make a sustained difference. There needs to be a clear innovation policy that identifies mechanisms to support innovators and entrepreneurs. These include support on the technical, commercial, legal, and financial fronts.

Business incubators are important structures that provide this support. In the MENA region, there has been a proliferation of incubators, but the results have been uneven.

At the same time, the region needs more venture capital, the lifeblood of most startups. There is an estimated $420 million of professionally managed venture funding in MENA, a total that has quintupled in the last five years.

Alongside venture capital, we need organizations devoted to supporting entrepreneurs. These associations, often backed by private companies, can provide guidance, which can be vital to the success of a company in its early stages. We’ve seen a sharp rise in the number of these organizations in recent years, from just a couple dozen in 2007 to more than 140 today, progress that is very encouraging. 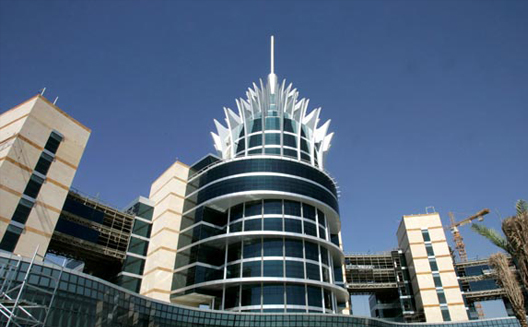 Regulatory initiatives, like the government-owned Dubai Silicon Oasis can go a long way to facilitate free trade and entrepreneurship in MENA. (Image via Emirates 247)

Education is also key. Technology hubs tend to sprout up around world-class universities and research centers. Silicon Valley, the heart of the tech world, had a famously symbiotic relationship with Stanford University during its early days.

At the same time, there needs to be a greater emphasis on technical training programs. Across the Middle East and North Africa, there is a lot of cachet attached to university degrees, but graduates often find themselves unemployed because they lack the technical skills in demand by employers.

In fact, IT companies say one of their biggest problems is finding workers to fill their openings. By encouraging the proliferation of technical schools, especially those spearheaded by the private sector, we can boost the employability of young people and supply the IT industry with much-needed workers.

Finally, we need a regulatory regime that supports knowledge-based businesses. Intellectual property rights are key; without them no technology company can survive. At the same time, governments must allow for the free flow of ideas and goods across borders, something that can be difficult in MENA, which is one of the least economically-integrated regions in the world.

Free trade areas are an ideal way of doing this. Dubai's Silicon Oasis, which is owned by the government, is a prime example of a trade zone that encourages entrepreneurship. Among other things, it provides mentoring for entrepreneurs, support for intellectual property rights, and top-notch internet connections. That has helped it attract a who's who of the tech world, including Western Digital and Fujistu.

Officials must also champion legislation that makes it easier for SMEs to setup shop, get licenses, and receive protection from creditors. These changes – often very simple to enact – can have a dramatic effect on an economy. It's no coincidence that the Gulf countries, whose laws do the best job of supporting SMEs, have the most vibrant tech industries.

There are plenty of reasons to be bullish about the future of the IT industry in MENA.

More than half of people here have access to the internet and the total number of users will pass 200 million by 2017, creating a critical mass of consumers and workers necessary for a knowledge economy. Meanwhile, the research firm Gartner estimates the spending on technology, including telecom services, will reach $215 billion this year in MENA.

There’s no doubt that this region’s tech sector is on an upward trajectory. But with a little more support, we can help the industry flourish and provide the rewarding, well-paying jobs that so many people are hungry for.