Note: In this article, Middle East / Arab refers to the Levant (Lebanon, Syria, Jordan, and Palestine).

Arab diasporas are a true mosaic. Some left the Middle East to look for a better life;  others fled conflicts, some leaving for good, others just for a few years. Some grew up in the Arab world, others were born outside of the region. Some don’t even speak Arabic – or never saw their ancestral country. But behind this extreme heterogeneity, diasporas are goldmines in terms of resources, skills, connections and time. 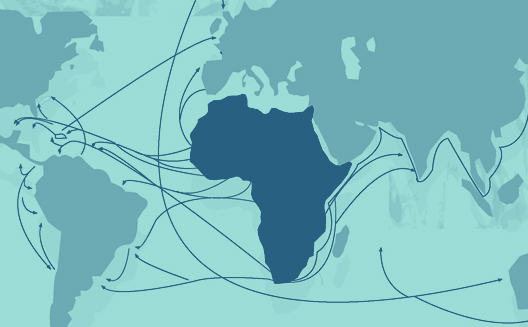 Arab diaspora communities can be found all over the world, and some are willing and able to assist their communities in countries of origins. (Image via My Home Improvement)

Arab diasporas show a powerful attachment to their countries of origin or descent. They did and do much for the region – spontaneously.

According to the World Bank, official remittances (money transfers to family and friends) represented over one tenth of GDP in Levantine countries in 2013 (Lebanon 18 percent, Palestine 14 percent, Jordan 11 percent – statistics is not available for Syria). In that year, remittances made up over $13 billion in these three countries alone.

Arab diasporas also set up their own organizations, for charity and business among others. In particular, they built bridges between Middle Eastern entrepreneurs and other markets or ecosystems – especially the US. They initiated entities like TechWadi (for startups in the Arab world) and Rise Egypt (for social ventures in Egypt).

Diasporas not only helped the region their way, they also answered calls for help.

In 1991, when Lebanon was on its knees following the civil war, the country raised 52 billion Lebanese pounds (35 million USD) in diaspora treasury bonds aimed to alleviate government debt (as explained by Guita Hourani).

The war in Syria fuelled extensive medical and philanthropic diaspora relief. The Union of the Syrian Medical Relief Organisations (UOSSM), an umbrella organization launched at the beginning of the war, gathers multiple medical Syrian diaspora entities. In fact many Syrian diaspora entities were set up during the conflict – 20 to 30 organizations across North America, Europe and the Middle East, according to a 2015 report by HPG and ODI.

A similar phenomenon happened in Lebanon in the year following the 2006 war. Remittance increased to unprecedented levels in absolute and relative terms – reaching an astonishing 24 percent of GDP in 2007 according to the World Bank.

Individual Middle Eastern diasporas are lucky to share a common denominator, cultural and linguistic (despite dialects).

The US boasts a number of such entities. They include the Arab Bankers Association of North America or ABANA (a network of financial diaspora professionals); and PITME, an accelerator program for Middle Eastern startups (launched by the German-Persian Nima Adelkhani in California).

The Pan-Arab sense among Middle Eastern diasporas is an opportunity for a region where cross-country cooperation, from trade tariffs to business standards, is rare.

First, joint Arab diaspora initiatives offer economies of scale and enhanced visibility. This is especially relevant in a startup context, as entrepreneurs struggle to create awareness nationally and globally. The need is even greater in the Levant, where individual markets are small. If multiple national websites were to replace the current Wamda platform, for example, many MENA entrepreneurs and innovations would go unnoticed.

Second, Internal battles can ruin diaspora initiatives. The pan-Arab dimension limits risks of politicization and conflicts. For instance, the World Lebanese Cultural Union (WLCU), formerly the main Lebanese diaspora organization, was deprived of its power and credibility in the 1975-1990 war in Lebanon. Similarly, the Syrian war is a source of tension within its diaspora – for example between Sunni, Alawi and Kurdish Syrians, but also within these groups as reported in 2015 by International Alert. Still, pan-Arab initiatives are a chance for each national diaspora to shift away from national conflicts. 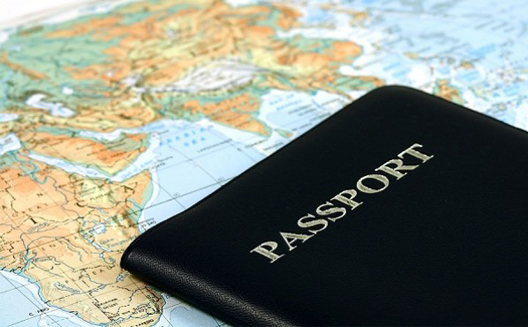 They may be abroad, but some Arabs in the diaspora have shown a remarkable attachment to their lands of origin. (Image via Morocco World News)

3. Allies in academia and foreign governments

In recent years, universities and host states provided precious help to Arab diaspora initiatives. In host countries like the United States, initiatives are numerous: Among others are the annual Harvard Arab Weekend, the MIT Pan-Arab Enterprise Forum, and AMENDS (American Middle Eastern Network for Dialogue at Stanford).

Universities in the region are generally trusted. They benefit from relative neutrality politically and religiously; and from the overall interest of Arab diasporas in education and youth. Middle Eastern universities partner with diaspora entities and maintain relationships with their alumni networks worldwide. Locally, they support Arab students and (increasingly) entrepreneurs, through initiatives like the AUC Venture Lab.

Also, governments of host countries are increasingly interested – and involved –in business projects involving diasporas: The enhanced public attention towards diaspora communities is compounded with a rising appetite for startups and innovations in general.

The United States supported Jordan’s business and entrepreneurship ecosystem by involving the US Jordanian community – notably through the USAID Jordan Competitiveness Program launched in 2013.

The UK, jointly with Lebanon (including the Lebanese Central Bank), launched the UK Lebanon Tech Hub (UKLTH) in 2015 to accelerate the growth of Lebanese startups and SMEs. The UKLTH intends to establish partnerships with the Lebanese diaspora in the UK, and acceleration partly happens in London. 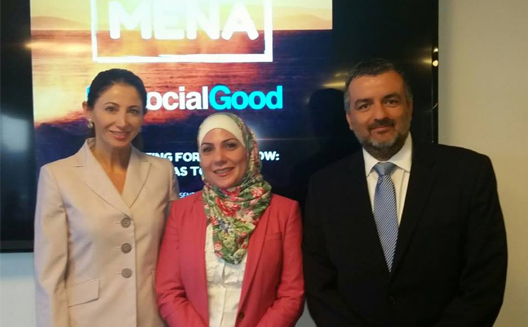 The global ecosystem is ripe to ease diaspora outreach. It is now easy to donate towards arts initiatives on Aflamnah, contribute financially to innovative projects on Zoomaal, or invest in small businesses on Eureeca. Virtual networks have been launched to connect diaspora people in tech – as with the US-Lebanese LebNet and US-Jordanian Connect.Jo communities.

Other tools, like Namsor, are still niche but promising. Namsor is a SAAS (software as a service) platform that leverages data analytics to recognize the country of origin of anyone based on names, with a 80 to 95 percent success. It offers several services based on its diaspora mapping algorithm – essentially a combination of machine learning and sociolinguistics. Clients have used it in several countries (such as Lithuania, Ireland and France), among others for FDI attraction, VC/angel identification, and scientist repatriation.

Yet beyond technology, physical places are being rediscovered for diaspora engagement.

Diaspora members typically buy food at grocery stores and eat dishes from their countries of origin at restaurants. In certain cases, they visit their country of descent – for family reasons or simply for tourism. Some even have a bank account there. All these places - food stores, restaurants, airlines and airports, banks, and others - are possible points of contacts with diasporas, and they are starting to be explored in a more formal manner.

In 2013, Turkish Airlines started its Invest on Board program to showcase Turkish startups on flights – raising the visibility of Turkey’s entrepreneurs among Turkish travellers and diaspora members.

External partners, innovations and previous diaspora support show that much could be done with Arab diasporas. Middle Eastern economies and societies could definitely benefit from it. When will the diaspora become a long-term priority in the Middle East – beyond times of elections or fundraising?